Pixar Fest is celebrating iconic stories from the animation studio all month long, and there’s still time to celebrate! We’ve collected eight fun ways to show your love of all things Pixar below. 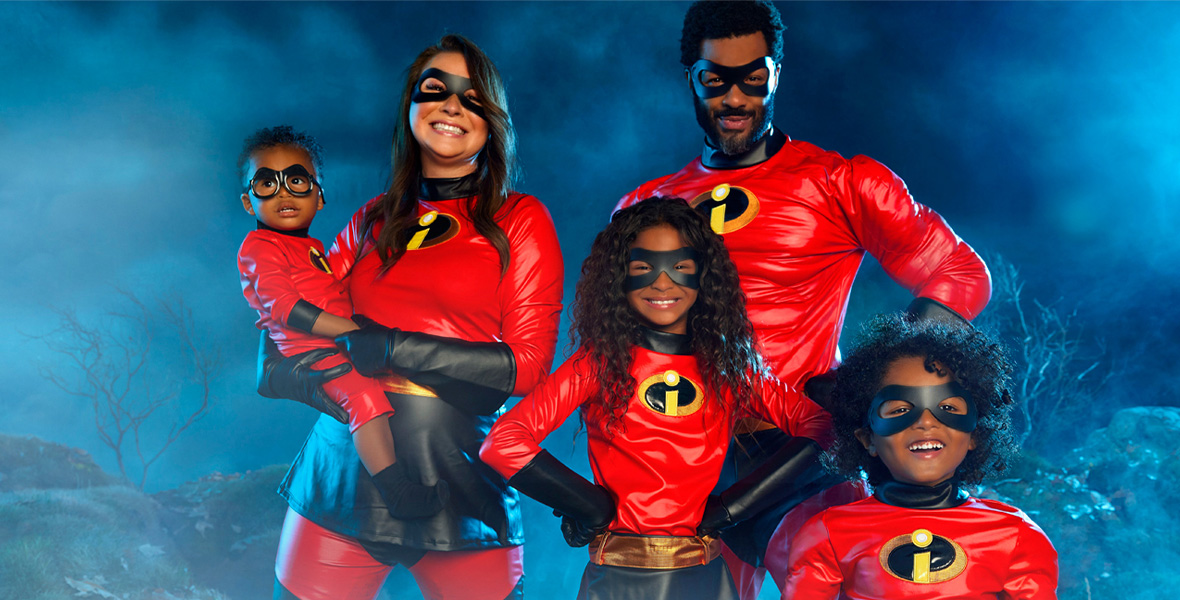 1. Dress up the whole family with Pixar character costumes from shopDisney!

The Incredibles Costume Collection from shopDisney

The family that trick-or-treats together, saves the world together… or at least brings home the most candy! There’s an incredible costume for every member of your super squad. Dress the family up as Jack Jack, Dash, Violet, Elastigirl, and Mr. Incredible. There’s also an Adaptive Costume for Kids and an Incredimobile Wheelchair Cover.

Looking for more? Kids can dress up as Buzz Lightyear or the loveable Sox—plus so many more costumes inspired by your favorite characters, available at shopDisney. 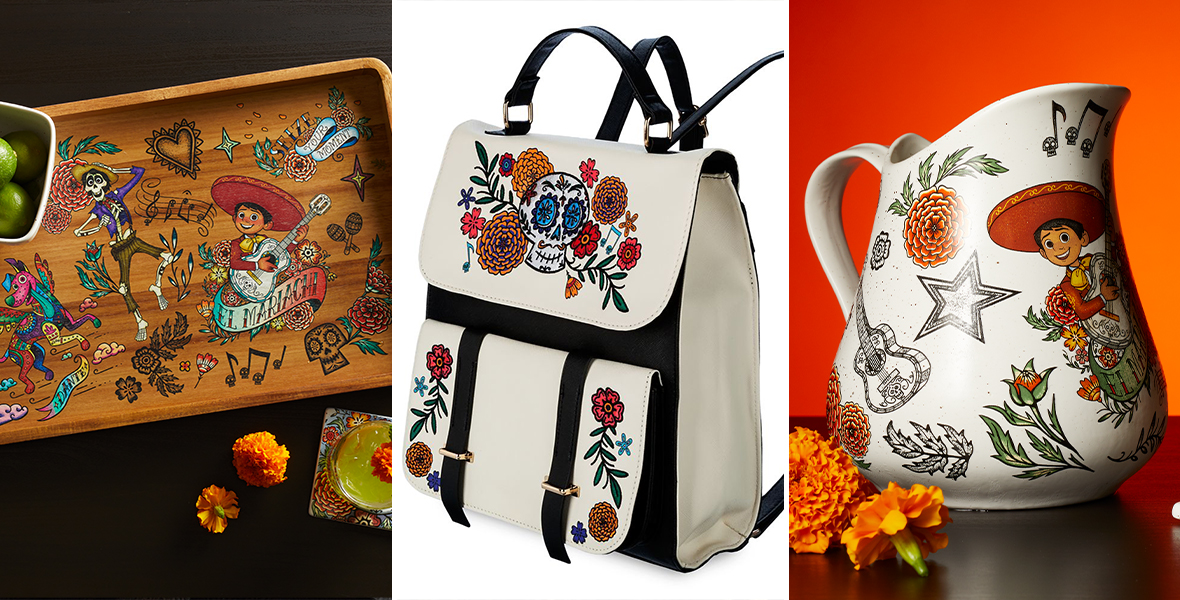 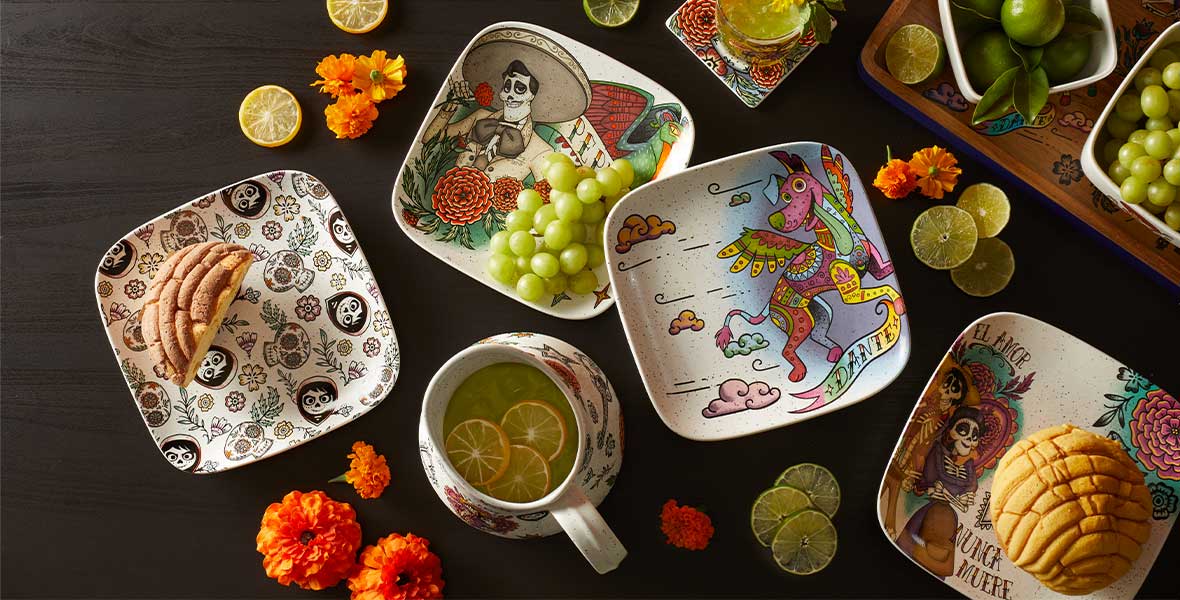 shopDisney has a brand-new collection of tableware, apparel, accessories, and more! Celebrate both Pixar Fest and Hispanic Latinx Heritage Month with products inspired by the gorgeous film featuring images of Miguel, Dante, and more! 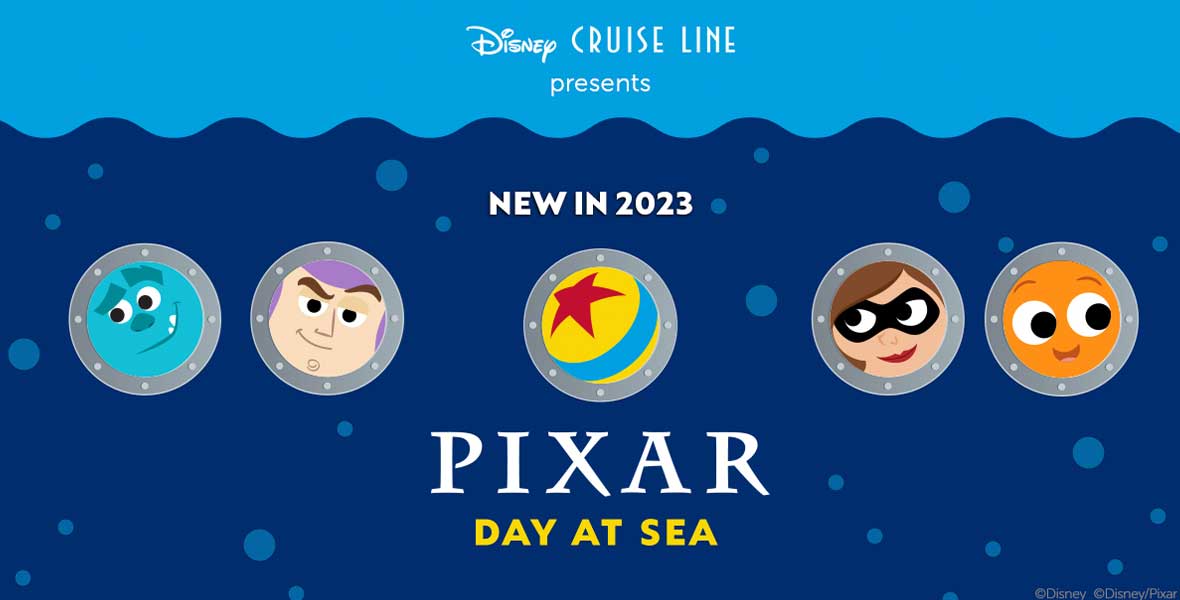 Start your morning with your favorite songs from Toy Story alongside Woody, Jesse, and Bullseye during a rootin’ tootin’ good breakfast. Then, spend the day in the sun at Crush’s Totally Awesome Pool Party on the upper decks. In the evening, enjoy a Pixar-themed dinner with dishes inspired by Pixar Animation Studios’ California locale. End your evening with an incredible deck party, featuring the Incredibles family and an epic fireworks finale you won’t want to miss. 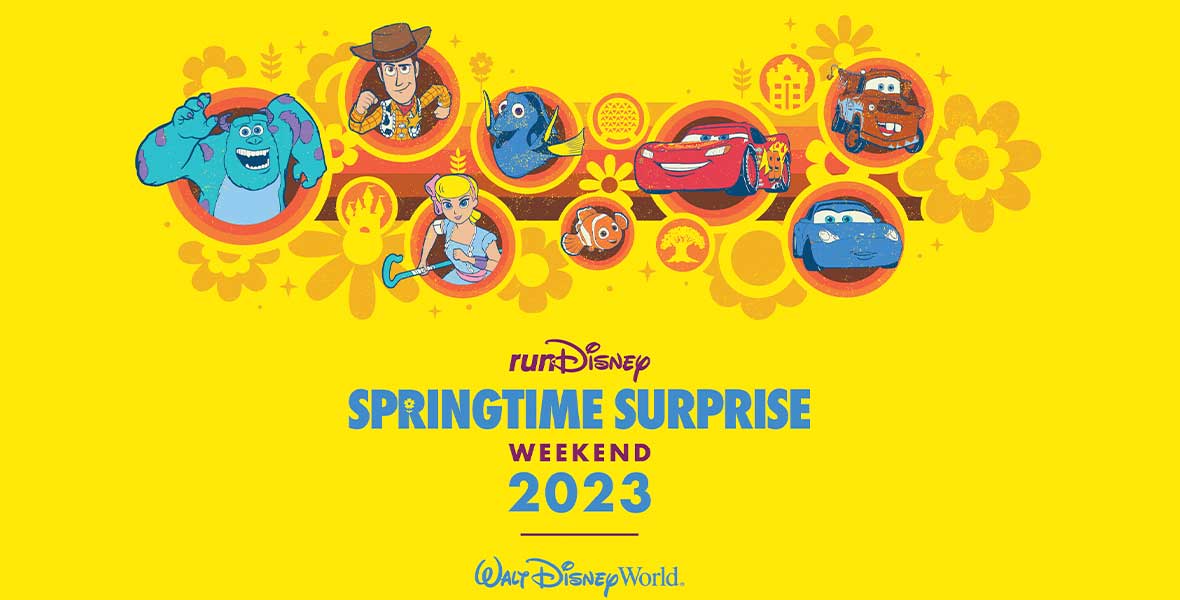 4. Sign up to run in the 2023 runDisney Springtime Surprise Weekend

Come join in the fun with the running event that’s different every year! From April 13–16, 2023, we’ll be celebrating the power of friendship with the runDisney Springtime Surprise Weekend, inspired by some of your favorite Pixar films. You can even kick off the festivities with Springtime Surprise Yoga at Disney’s Hollywood Studios Theme Park. Register now for in-person and virtual events! 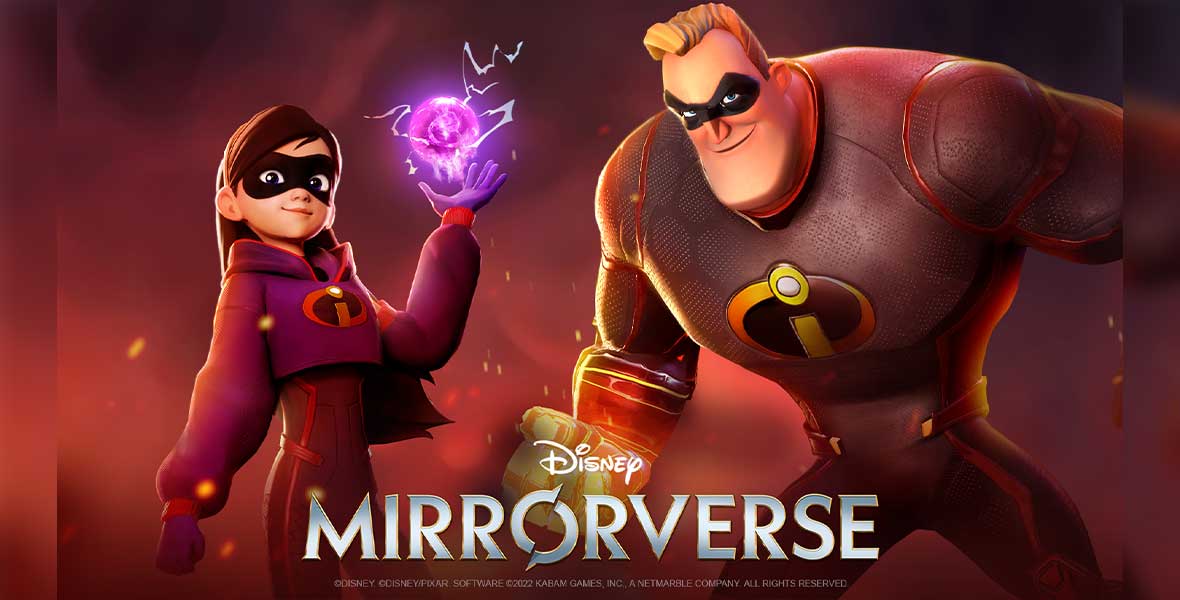 5. Play Disney Games featuring characters and elements from some of your favorite Pixar films

Mr. Incredible and Violet are leading the new Disney Mirrorverse in-game event celebrating Pixar Fest! Play heroic event quests, and battle through tough enemies to collect festival tickets for incredible rewards at the in-game festival booth. And don’t miss seeing these heroes’ newly evolved super suits in action! The special event runs through the end of September, so go save the day—and the Mirrorverse! 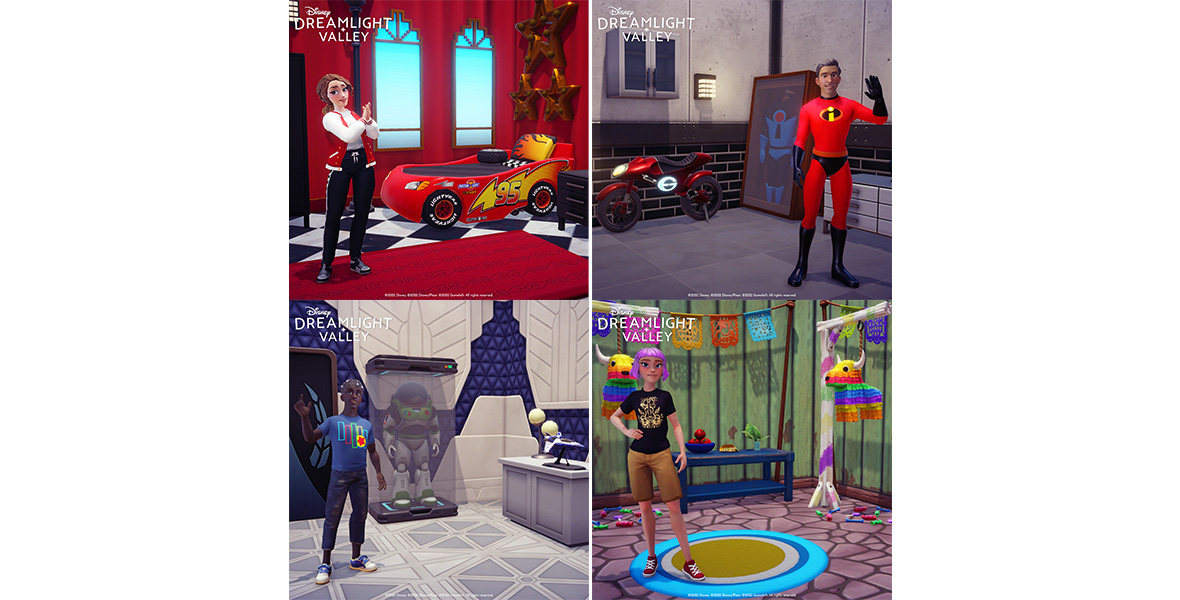 Celebrate Pixar Fest in #DisneyDreamlightValley’s first in-game season and Star Path! Quest to earn Pixar-inspired rewards like these in this fun event on PC and console! 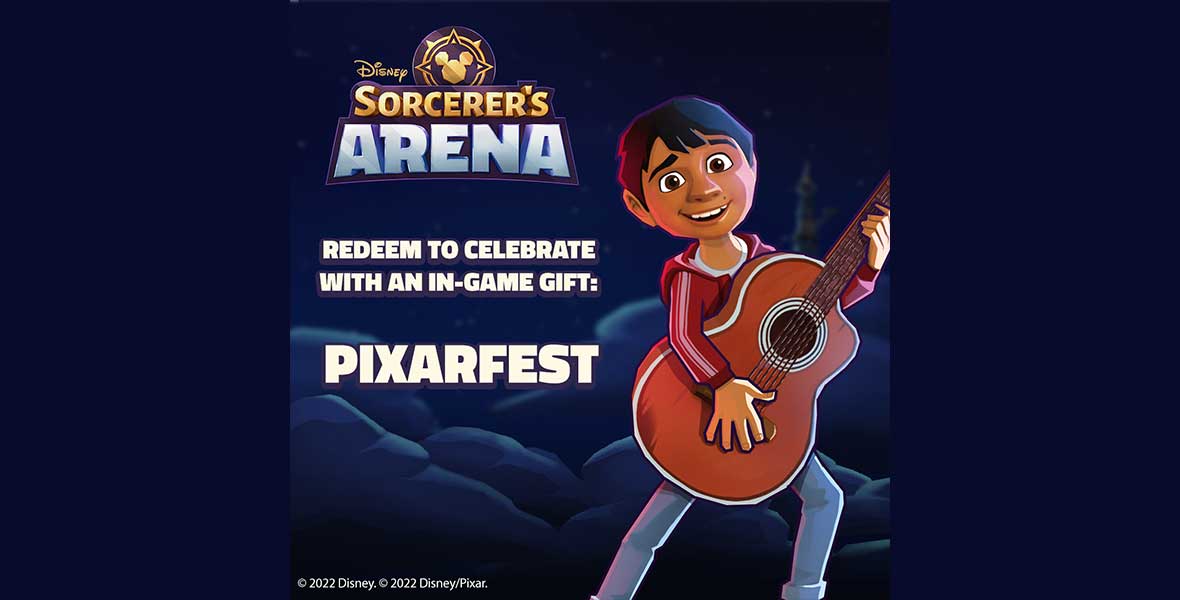 Celebrate Pixar Fest with a special in-game gift to boost your teams in the Arena. Available for a limited time—redeem today! 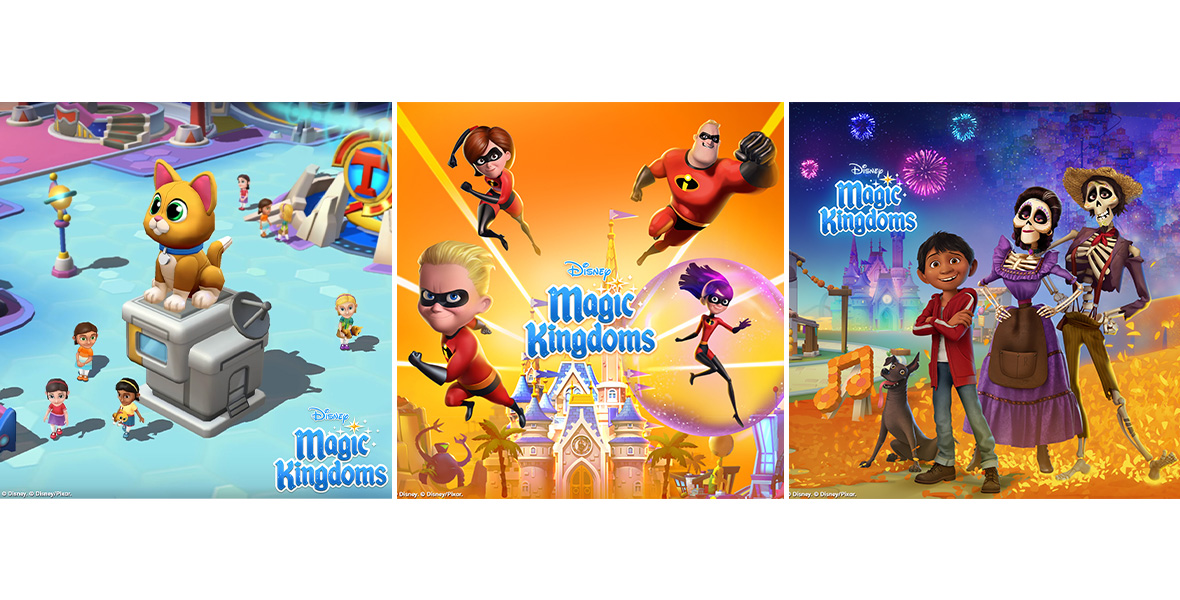 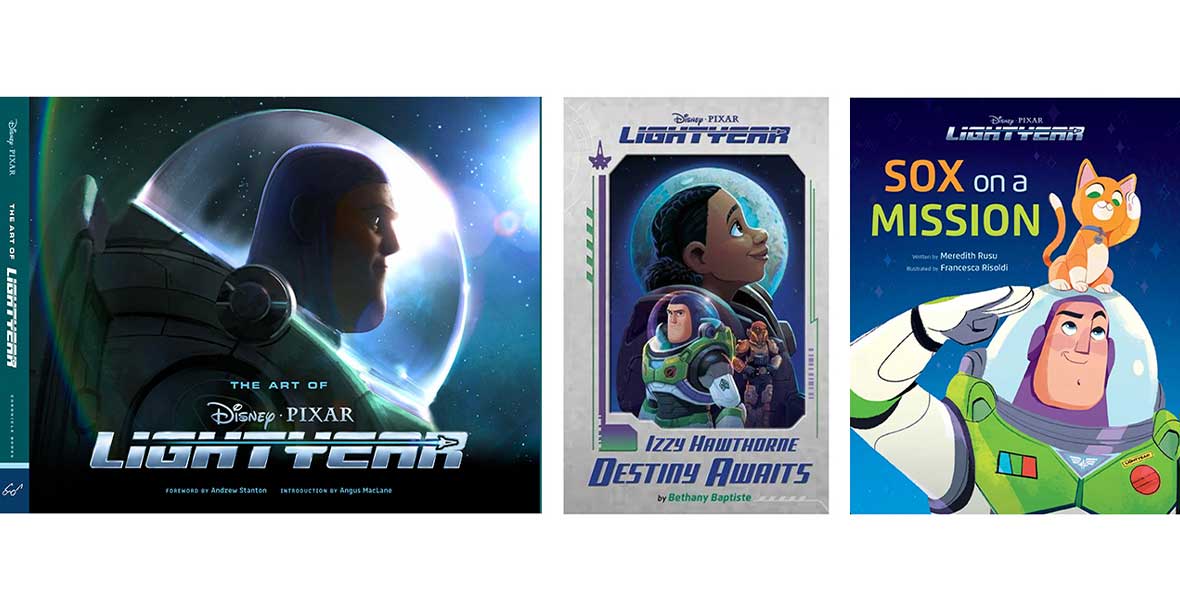 Experience beloved Pixar Stories in a whole new way! Whether you’re exploring the artwork behind the film, reading more about some of your favorite characters, or reliving the adventure at bedtime, there’s a book for every Pixar fan!

The Art of Lightyear is an exclusive look behind the scenes of Pixar’s original feature film Lightyear that explores the exciting visuals of the film. Lightyear: Izzy Hawthorne: Destiny Awaits is a middle-grade sci-fi space adventure novel following the events of the film from the unique perspective of one of Buzz’s new friends. With an exclusive first-person narrative and other original content, readers will be thrilled by this heroic adventure! For younger readers, Lightyear: Sox on a Mission is a 40-page hardcover jacketed picture book that captures the humor and antics of Buzz and his personal companion robot in a story inspired by the film. Featuring beautiful artwork and packed with heart and humor, this book is perfect for fans of the legendary Space Ranger. 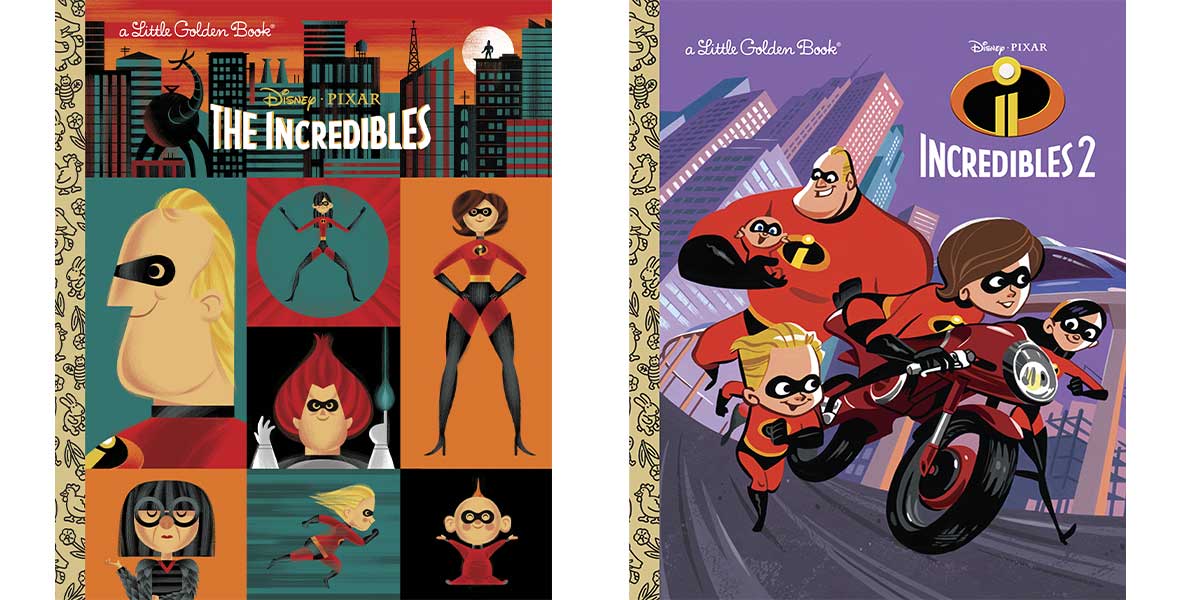 One of the most iconic Pixar family adventures is retold in the classic Little Golden Book format! The Incredibles stars a family of undercover Supers who are forced back into action to save the world. Featuring Mr. Incredible, Elastigirl, Violet, Dash, Jack-Jack, Frozone, and many other unforgettable characters, this book is a must-have for children ages 2 to 5, plus fans—and collectors—of any age! Looking for more? The Incredibles 2 Little Golden Book brings back everyone’s favorite family in an exciting, hilarious, and heartfelt super-sequel. 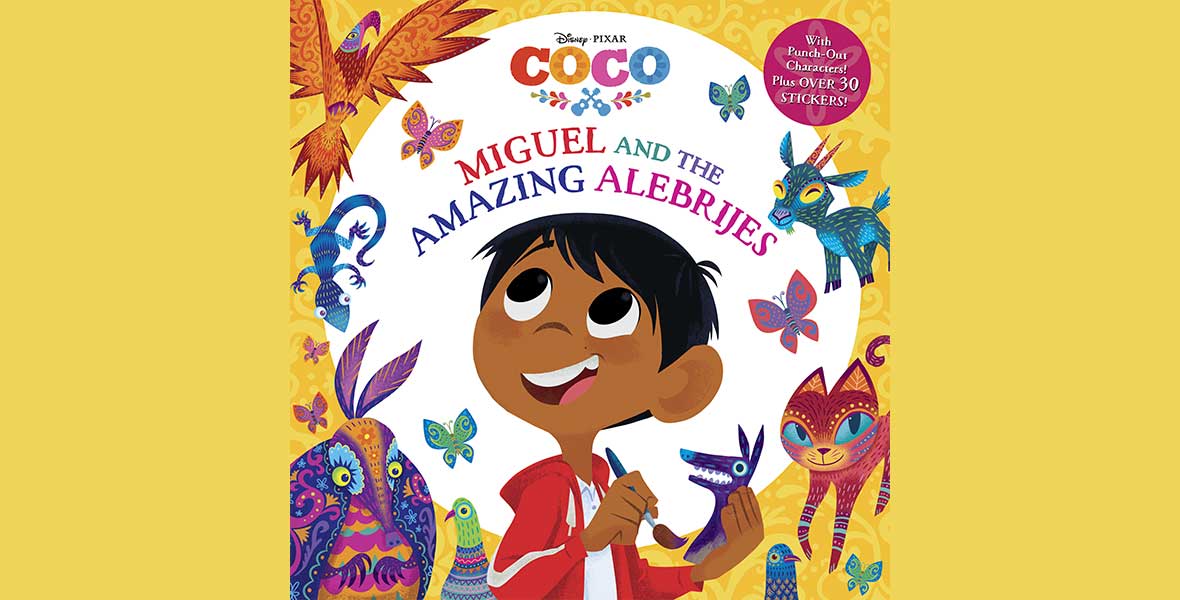 Miguel and the Amazing Alebrijes

Children ages 3 to 7 will love this full-color storybook with a shiny cover, game cards, and over 50 stickers based on the film.

Grab some popcorn for your very own Pixar Fest streaming party! Start the celebration off right with the brand-new series Cars on the Road, now streaming only on Disney+. Cars on the Road follows Lightning McQueen and Mater on a cross-country road trip to attend Mater’s sister’s wedding. Like any good road trip, along the way the pair encounter a handful of adventures and unexpected twists and turns—including a dino park, traveling circus, and even a movie set!  After that, gather your friends and family each week to watch Lightyear, The Incredibles, Coco, and more of your Pixar favorites now streaming on Disney+.

8. Enter for a chance to win a Pixar Prize pack themed to Coco

Beginning on September 25 through October 1, 2022, fans can enter for a chance to win the final #PixarFest prize bundle by taking ALL of the following steps:

NO PURCHASE NECESSARY. Enter Sweepstakes between 9/4/22 at 9:00 AM PT and 10/1/22 at 11:59 PM PT; conducted as 4 separate sweepstakes. Open to legal residents of the 50 U.S. states & D.C., who are age 18+ at time of entry. Limit 1 entry per person per period. See Official Rules for full details on how to enter, eligibility requirements, entry periods, odds of winning, prize descriptions, and limitations. Void where prohibited.