Ready for an early holiday gift of the DCOM variety? Our friends at Disney Channel have just announced that production has begun on the Disney Channel Original Movie Christmas Again, a heartwarming comedy that’s chock-full of Christmas magic. The movie comes from the successful team behind Disney Channel’s fan-favorite series Liv and Maddie, director Andy Fickman (Race to Witch Mountain) and his long-time producing partner, Betsy Sullenger. They serve as executive producers on Christmas Again, which is filming now in Chicago with Fickman at the helm.

Written by Doan La (Black Friday), Christmas Again centers on Rowena “Ro” (Estevez), a high-spirited 11-year-old girl having a hard time getting in the holiday spirit. She wishes that her divorced parents (Sunjata and Carra) were still together; that her dad’s new girlfriend (Lacke) and son were completely out of the picture; and that her family traditions could remain the same as always. After a disappointing celebration with her family—including sister Gabriela “Gabby” (Ashlyn Lopez), Abuela Sofia (Priscilla Lopez), and Abuelo Hector (Amendola)—Ro tells a mall Santa (Williams) that what she wants most for Christmas this year is a “do-over.” Her wish comes true, and Ro unexpectedly finds herself reliving Christmas day over and over… and over again. Can Ro learn to love her modern blended family as it is and discover the true meaning of Christmas—and in doing so, break the strange magical loop? We’ll find out when Christmas Again airs in 2021. Stay tuned to D23 for all of the details. 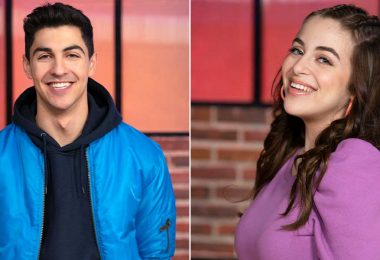