Ready to hit the dance floor? Having premiered ahead of Walt Disney Animation Studios’ Raya and the Last Dragon in U.S. theaters, the animated short Us Again debuts on Disney+ this Friday, June 4!

The first animated short from Disney Animation in five years, Us Again is directed by Zach Parrish; set in a city pulsating with rhythm, the story follows Art, an elderly man, and Dot, his young-at-heart wife, as rekindle their youthful passion for life—and each other—on one magical night… The years fade away as the joy of dancing propels them across the vibrant cityscape of their youth and revives fond memories and ambitions. Us Again is told entirely without dialogue, with choreography by award-winning choreographer/dancers Keone and Mari (World of Dance) and an original funk/soul musical score by Pinar Toprak (Captain Marvel).

D23 recently had the chance to hear directly from Parrish himself—head of animation on Big Hero 6 and director of the Short Circuit film Puddles—about this toe-tapping project. Read on for some inside intel!

On what inspired him to create such a dance-filled story:
“I went to an Academy [of Motion Picture Arts and Sciences] event where they were talking about the intersection of ‘eccentric dance’ and animation,” explains Parrish. “[Iconic Disney animator] Eric Goldberg was there, and he did a live drawing on stage while somebody was dancing. I didn’t realize—I guess consciously, until that moment—how much dance had been a part of some of my favorite films. Because I’m a huge animation nerd; I’ve been a huge animation nerd since I was a kid… But Eric Goldberg is the king of that, so obviously, Rhapsody in Blue [from Fantasia 2000] was such a big reference for me. And of course his incredible Genie from Aladdin. Disney’s done all kinds of movies, but the musicals are always my favorites… I think I was aspiring to fit within that history of Disney animation and music and dance.” 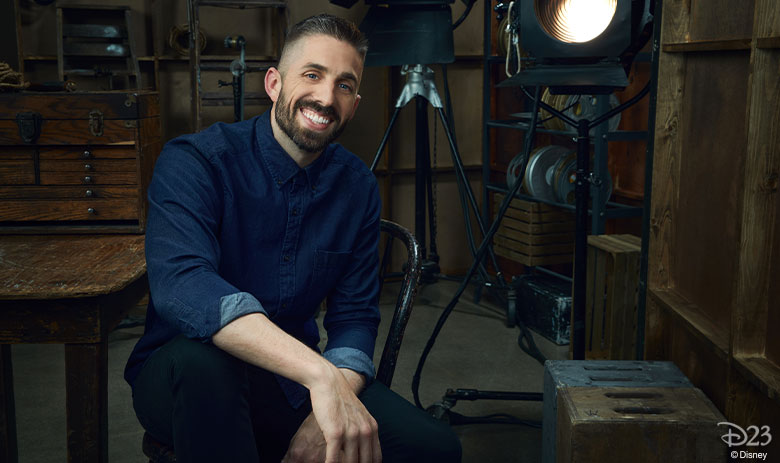 On what surprised him most about helming this particular project:
“It was much more akin to a theatrical directing experience,” Parrish says. “That was a big learning curve for me—having so many more voices in a room, and realizing how much of your job is making sure that you are finding that line between being clear about where you would like to go. And recognizing that you might not [always] have the best idea, and really hearing where everyone’s coming from.”

And there’s another reason why this experience was so unique, for all involved:
Explains Parrish, “There was obviously a big, big shift there because we did about half the film from home… There was a big challenge as far as making sure that while at home, we were all looking at the same thing, and that we could trust a couple of things. Color was a big one; [making sure] everyone had the right monitors—because if I’m saying, ‘No, this is too purple,’ I don’t know what their screen looks like. And then timing as well; because we finished animation from home, [it was important] to make sure the sync was right. None of it was ‘local’—we were technically running computers that were still inside of the Walt Disney Animation Studios building. Checking everyone’s Internet speeds and stuff like that, [because] Keone and Mari’s movement is so specific to every note… The crew was incredible and everyone wanted to finish—we were so excited about getting this thing done. Everyone was really collaborative, and it ended up being really fun, to be honest.”

On one of the most memorable moments from the filmmaking process:
“There are so many good memories, [but] one in particular always jumps to the front of my mind,” admits Parrish. “So during this entire thing, we were also renovating our house. We had crammed basically our entire house into one bedroom. It was a Saturday, and I was sitting on my couch next to my refrigerator, with plastic curtains for walls,” he adds, chuckling. “And I got an email from Keone with the [choreography] that’s at the very end of the short… And I just remember sitting on my couch, next to my refrigerator, and crying because it was so beautiful and so emotional and hit at the moments I wanted to hit. And it was that realization, like, ‘Wow, this is gonna work’— because up until that moment, it was always an experiment. [I’d always felt like], “I think this could work; I’m pretty sure this could work.’ But that was the moment where not only did it work, it was better than I anticipated it being.” 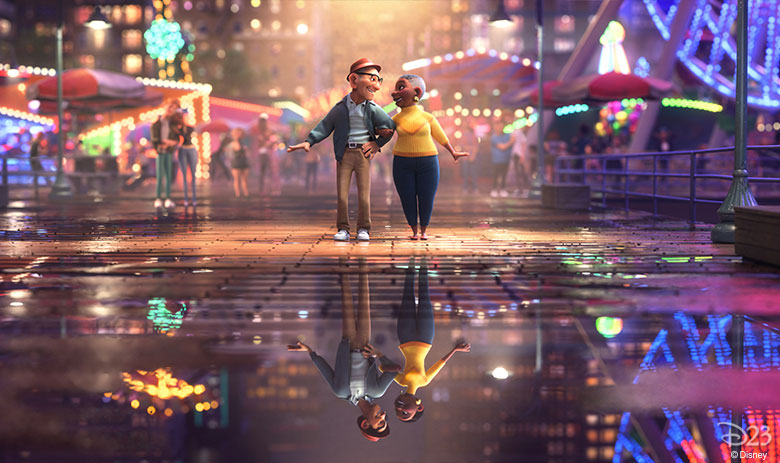 On what Parrish hopes audiences take away from Us Again:
“Disney has such a legacy, and such skill at [offering] life-affirming messages,” the director says. “I hope audiences appreciate this film as part of that canon, and I hope they see it as something that can sit ‘on the shelf’ with the other shorts and other features that the studio has made. I hope they also see how much Disney believes in diversity and representation, and that Disney is really creating [a world] that’s inclusive for everyone.”

Don’t miss Walt Disney Animation Studios’ Us Again when it premieres on Disney+ later this week! 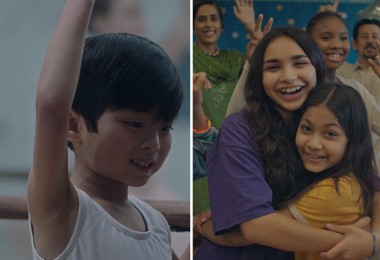 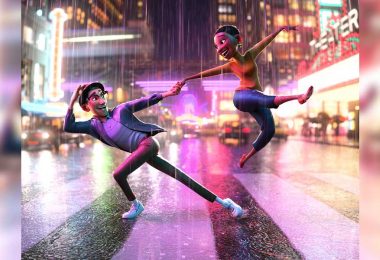