Say aloha to this tropically extraterrestrial pin! This D23 Gold Member exclusive is the sweetest way to show off your Lilo & Stitch pride and celebrate the film’s 20th anniversary. The pin features the mischievous experiment 626, otherwise known as Stitch, and his record player on a relaxing Hawaiian beach. Celebrate friendship, ‘ohana, and 20 years of Lilo & Stitch!

Lilo & Stitch premiered on June 16, 2002and combined the gorgeous setting of Hawaii with colorfully eclectic visitors from the stars. The film follows the crash-landed Stitch, a runaway genetic experiment from a faraway planet. As he wreaks havoc on the Hawaiian Islands, he becomes the mischievous adopted alien “puppy” of an independent little girl named Lilo and learns about loyalty, friendship, and 'ohana, the Hawaiian tradition of family.

Our Lilo & Stitch 20th Anniversary pin, offered in a limited edition of 1,500, will be available to D23 Gold Members on shopDisney on June 20*! 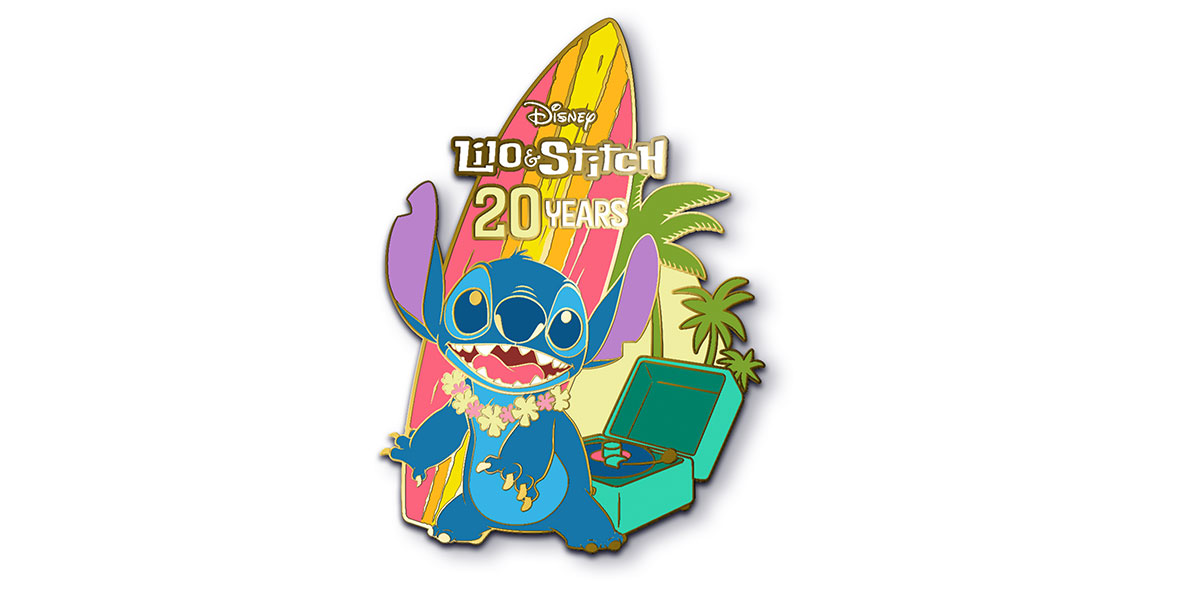 *Available while supplies last. To purchase, you must log in to shopDisney.com with the Disney account tied to D23 Gold Membership. Pins are sold for $12.99 each, plus applicable sales tax. Maximum of two (2) pins of this style for purchase per D23 Gold Member for online orders. Shipping not available to PO boxes; shipping and handling fees may vary for all online orders. Other restrictions may apply. All information is subject to change including, but not limited to, artwork, release dates, editions sizes, and retail prices.