The rain stayed away as D23 Members were welcomed to Light up the Season with D23! This special holiday tradition was expanded to be bigger than ever with a collection of holiday favorites and new offerings. The event began early so that D23 Members had even more time to take in the festive offerings, including the new The Simpsons-themed Springfield Carnival and Moe’s Bar, along with a whole new experience in Stage 2—the location where such films as Mary Poppins, The Princess Diaries, and even Disneyland’s Mark Twain Riverboat were created! 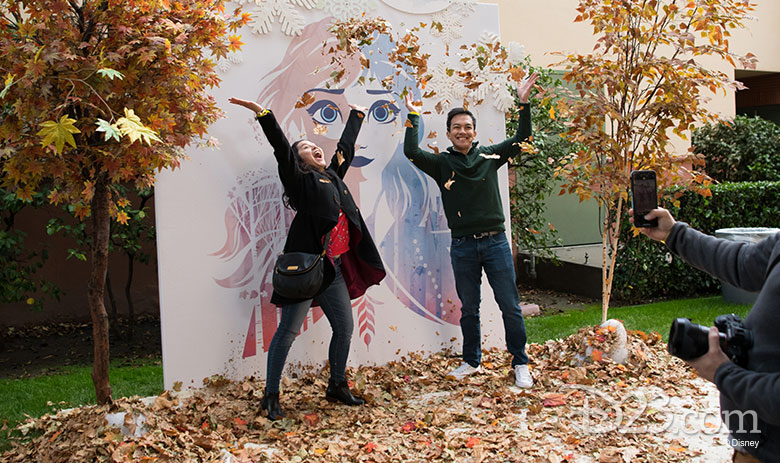 While visiting the D23 booth in Stage 2, guests had the opportunity to win one of several special prizes (many created just for the event) or take a photo in a Frozen 2-inspired wonderland featuring Kristoff’s sleigh. Also in Stage 2, guests could contribute to Toys for Tots and join Disney’s Team of Heroes, spreading holiday magic even further. 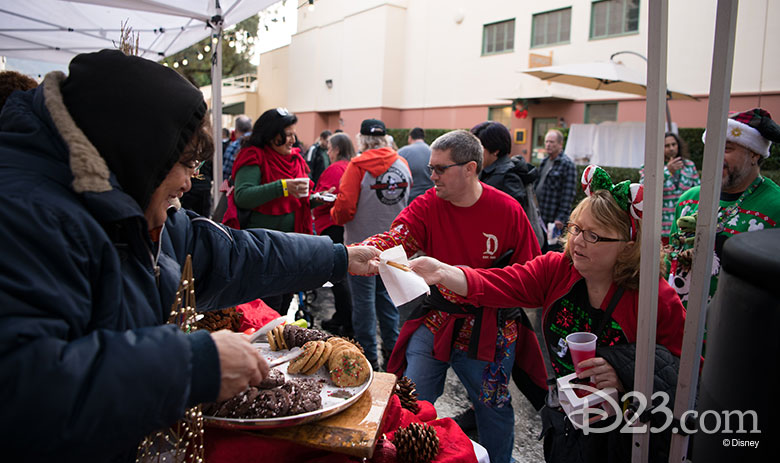 Minnie’s Marketplace hosted several vendors selling unique (and many local) goods to complete holiday shopping lists. At the other end of the lot, the Studio Store and Employee Center gave guests the chance to take home rare trinkets from the Studio, and even featured an array of signings from favorite Disney authors! 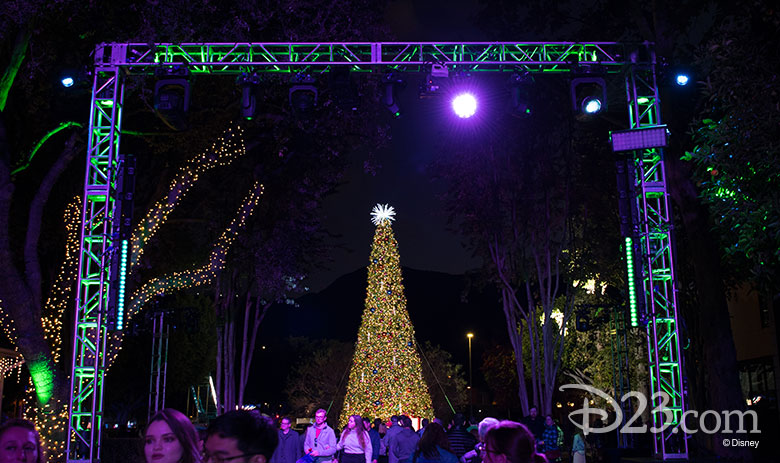 As night fell, members were treated to multiple light shows along Mickey Avenue, all leading to the lighting of the Christmas Tree which glowed at the end of the lane. It was the perfect way to culminate the festivities of the day. 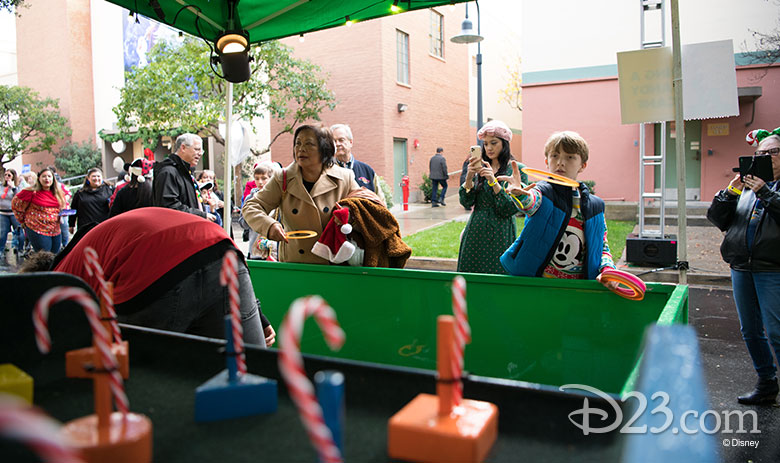 To all our D23 Members, we wish you a happy holiday season and look forward to seeing you at many more exciting events in 2020! 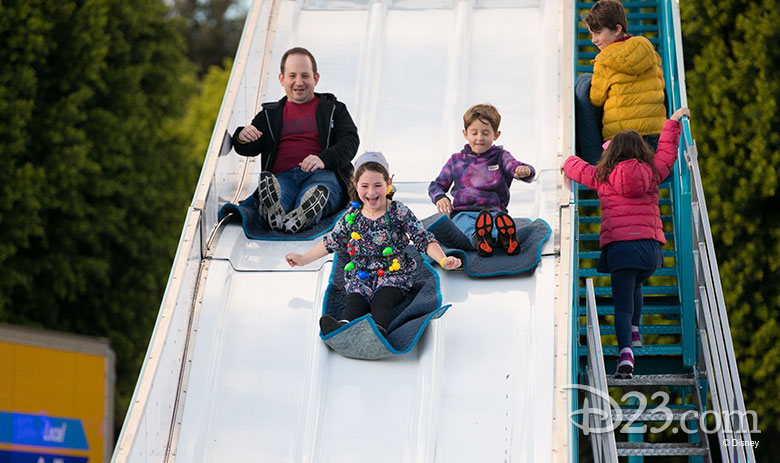 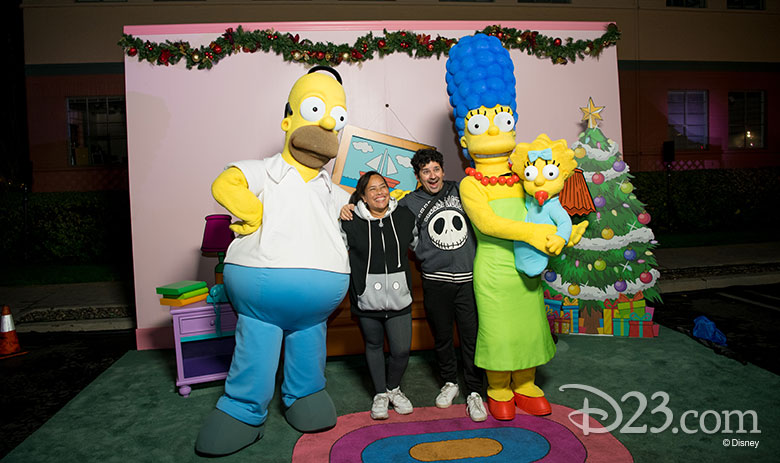