There are few times in a Disney fan’s life where a fedora is the required dress code: fancy dress days at Disney parks, Who Framed Roger Rabbit? cosplay at conventions, and Indiana Jones movie screenings. Over the past week at Walt Disney World and on The Walt Disney Studios lot, our screenings of Indiana Jones and the Temple of Doom were no exception. Fedoras (and baseball caps, and glamorous red dresses, and Sankara stones) abounded as D23 Gold Members dressed up to celebrate the 35th anniversary of Dr. Jones’ second theatrical adventure. 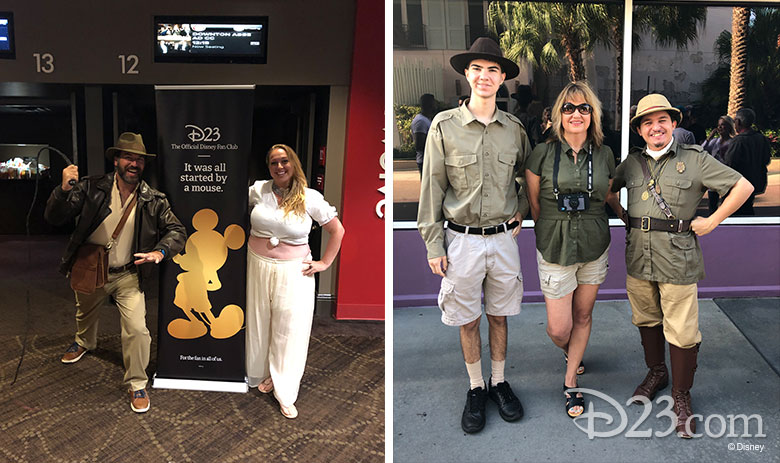 Over at Walt Disney World, budding archaeologists assembled at AMC Disney Springs to celebrate the classic adventure on the big screen! Before the film began, guests were treated to some trivia questions that could have stumped Professor Jones’ most gifted students. The lucky few who answered them correctly were awarded original 1984 film posters, compliments of our friends at Lucasfilm! After the film, D23 Members who attended the screening were able to seek “fortune and glory” (and Lao Che’s Peppers!) with an exclusive discount at Jock Lindsay’s Hangar Bar at Disney Springs. 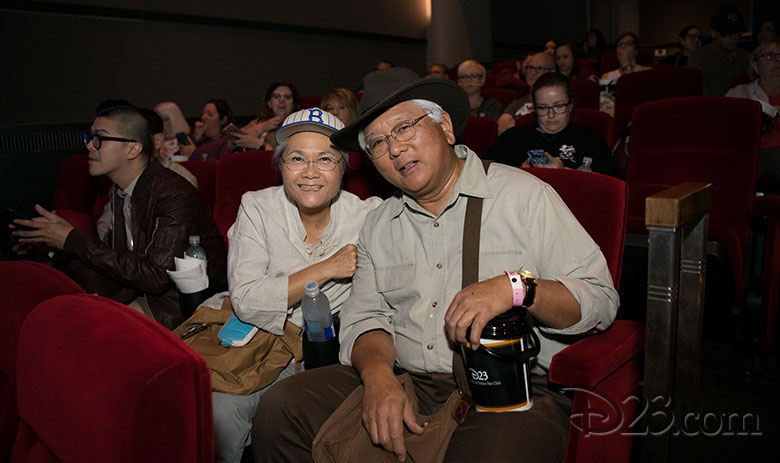 In California, guests embarked on their own adventure to Pankot Palace at The Walt Disney Studios lot. Once guests settled in the theater, they were treated to a special presentation from ILM legend Dennis Muren, the Visual Effects Supervisor of Indiana Jones and the Temple of Doom. A recipient of nine Academy Awards® for Best Achievement in Visual Effects and a Technical Achievement Academy Award, one of those was awarded to Muren for Indiana Jones and the Temple of Doom!

Dennis shared exciting behind-the-scenes details on the visual effects of the film, including describing the process behind creating the film’s iconic mine cart chase. To create the action-packed sequence, Muren and his team went on a research trip to Disneyland to ride the Matterhorn Bobsleds and Big Thunder Mountain Railroad to capture the authenticity of a runaway mine cart! They then created a scale model of the mine with rocks made of aluminum foil, so that they could shape and change the set as they filmed. The mine model was so small that normal film cameras couldn’t fit inside the track, forcing the team to get inventive by rigging a photography camera to take stop-motion footage of the model. Sharp-eyed viewers can even spot the string used to pull the camera across the tracks! 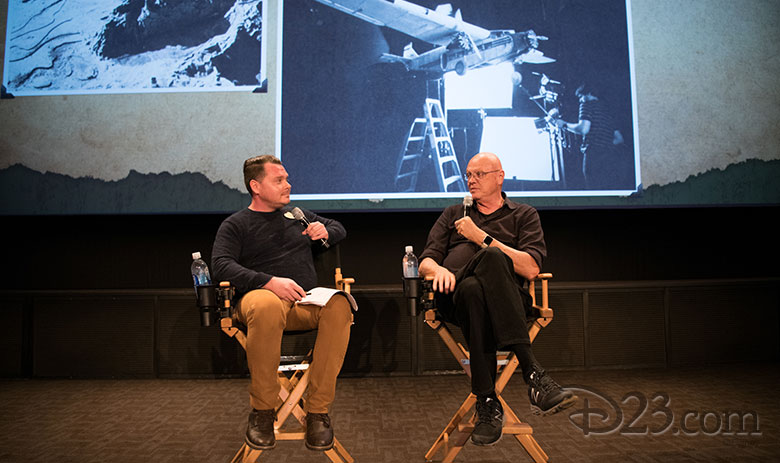 Muren’s Disney history does not stop there—he also shared behind-the-scenes stories on the creation of two Disney park classics made in collaboration with Lucasfilm: Captain EO and Star Tours! Muren discussed the challenges of creating effects to scale for Captain EO, as he was concerned that the film’s iconic opening featuring a 3-D floating asteroid would not look to scale to the audience and break their suspension of disbelief. Disney Legend George Lucas, ever the master of transporting us to fantastic worlds, reassured Muren that the audience would be so blown away by the show that they wouldn’t stop to think about the size of the asteroid! (And really, did any of us notice?) 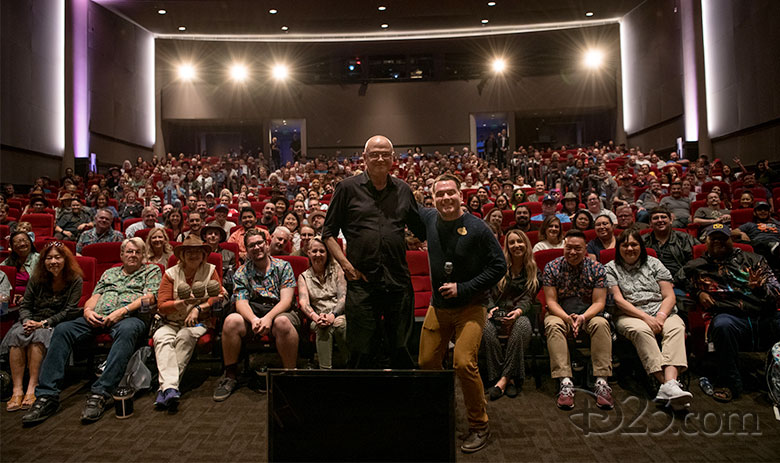 Then it was  time for the feature presentation: Indiana Jones and the Temple of Doom on the big screen! The crowd was on the edge of their seats for the film that was so thrilling, it warranted the creation of the PG-13 rating!

After watching Indy, Short Round, and Willie save the day, guests enjoyed a special display in the Studio Theatre lobby featuring Indiana Jones merchandise from The Walt Disney Archives—plus, some props and costumes from the Raiders of the Lost Ark sequence of The Great Movie Ride! After that, guests shopped at the Walt Disney Studios Disney Store (using their 15 percent-off D23 Gold Member discount, natch) before embarking on the rest of their weekend adventures. 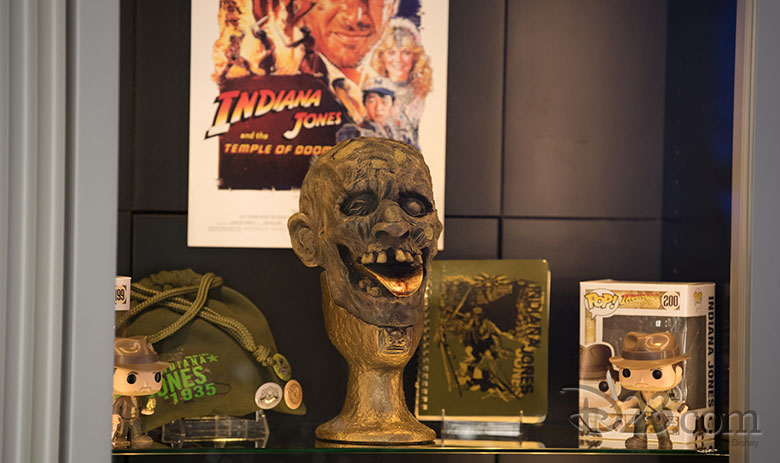 On both coasts, guests received an exclusive pin featuring the “Club Obi-Wan” nightclub sign from the film’s opening sequence. In addition to commemorating one of the Indiana Jones franchise’s most famous Easter eggs, the pin also glows in the dark! 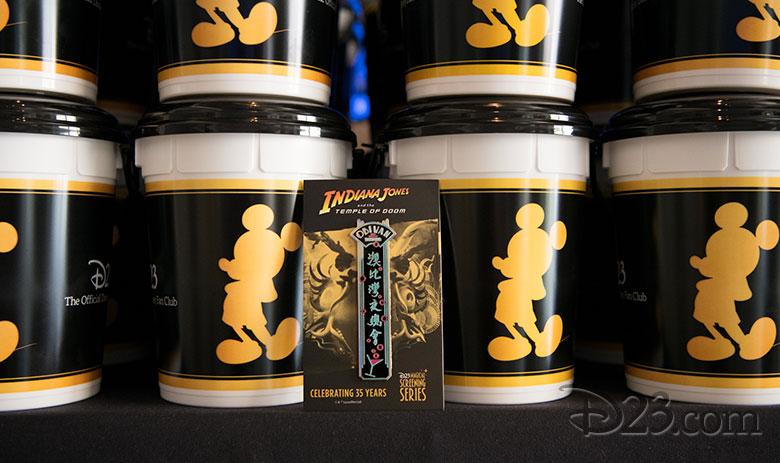 Want to join in the celebration of Indiana Jones and the Temple of Doom? Check out our 2019 D23 Gold Member gift for an exclusive pin depicting that iconic mine cart chase, plus nine other pins celebrating iconic Disney milestones. And stay tuned for many more exciting films coming to D23’s Magical Screening Series in 2019 and beyond! 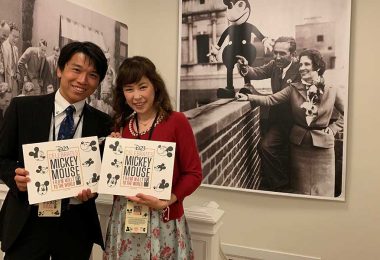