It’s time to crack another case wide open when Big Sky: Deadly Trails premieres Wednesday, September 21, at 10 p.m. ET/PT on ABC, streaming the next day on Hulu. Season 3 will combine a season-long storyline and episodic thrillers, with Jenny Hoyt (Katheryn Winnick) and Cassie Dewell (Kylie Bunbury) once again leading the charge. “It feels like it’s a whole new season this year. It really does,” says Winnick. “A whole new script, in terms of the storylines—it’s completely different. New cast, new energy.”

Jensen Ackles and Reba McEntire join the Big Sky cast as newly appointed sheriff Beau Arlen and as charismatic outfitter Sunny Barnes, respectively. According to McEntire, signing on for Big Sky was one of the easiest decisions of her career. “To get to come on this show with such wonderful characters already established—and with great storylines and things that I look forward to every time I get a script—that’s when I know the audience is going to be entertained, and that’s what drew me to this show,” the actress says. “It’s wonderfully exciting, and I can’t wait to see what’s going to happen.”

Ackles shares her sentiment. “When my initial conversation with [showrunner and executive producer Elwood Reid] took place, he mentioned shaking some stuff up for Season 3. I thought, ‘I can shake!’” he says with a laugh. “It was an easy conversation. The show obviously had done really well and was interesting to me… It was a natural fit and an opportunity to work with some really grade-A actors. And, really, it came down to the fact that he said Reba was coming, too. So, I was in for a penny, in for a pound.”

Beau “brings a really fun dynamic” to the series, according to Winnick. As for Sunny? “She’s an interesting person,” McEntire teases. “She’s very protective and loving, and she’s trying to make a living with her family on this ‘glamping’ thing. She’s working real hard to hold it all together. That’s something totally different than anything I’ve ever played before, and I love the depth of it. She’s very friendly, but she can get very dark. I like the dimensions I get to play, and it’s so much fun… I’m absolutely having a blast.” 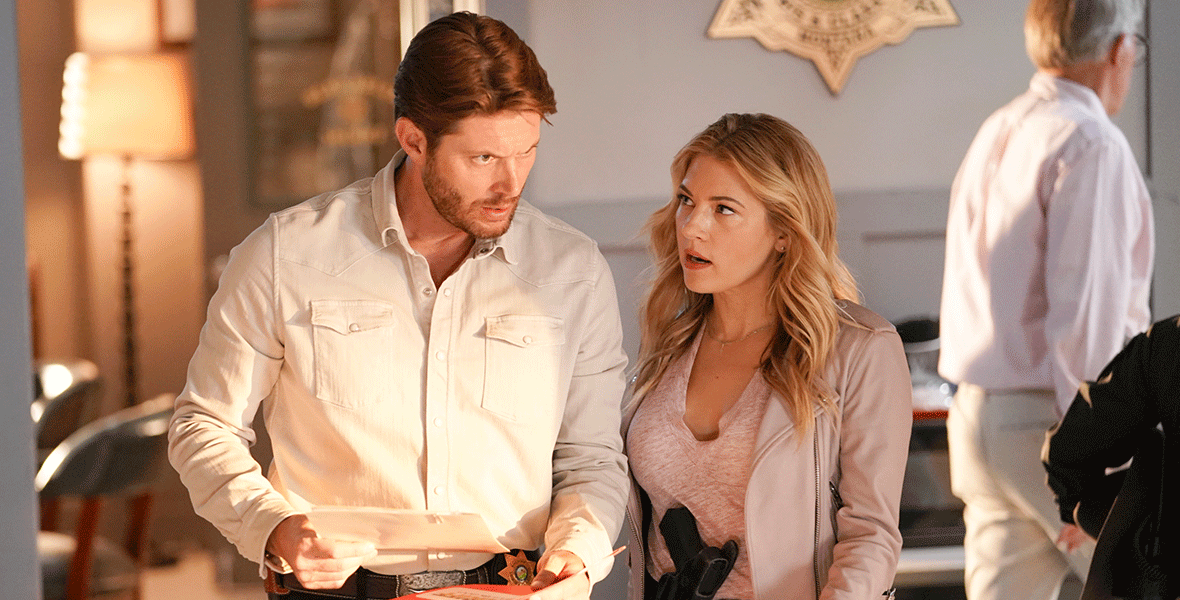 For the original cast members, bringing in Ackles and McEntire has been re-energizing. “We are blessed with the opportunity to work with two consummate professionals who are not only really good at what they do, but who bring a certain energy that makes you feel excited to work and to be here,” Bunbury says. “We learn from them, as well.”

Ackles and McEntire aren’t the only big stars joining the cast. Emmy® and Golden Globe® nominee Rosanna Arquette will play Jenny’s mother, with more guest stars to be revealed as Season 3 progresses. “She’s a career criminal, which is interesting,” Winnick says of Arquette’s character. “I’m like, ‘So, why did Jenny become a sheriff?’”

And as viewers dive deeper into Jenny and Cassie’s backstories, they will see the relationship between them continue to blossom. “The arc between Cassie and Jenny from Season 1 to Season 3 is pretty apparent,” Bunbury says. “They went from fighting each other physically to having a deep sense of trust and respect for one another.”