“It made it all worth it,” Ron said. “The respect that we get as Legends makes it feel like a knighthood. You feel really proud to wear this pin, and to put it along with everything else—it’s the pinnacle of indication that you did okay.” 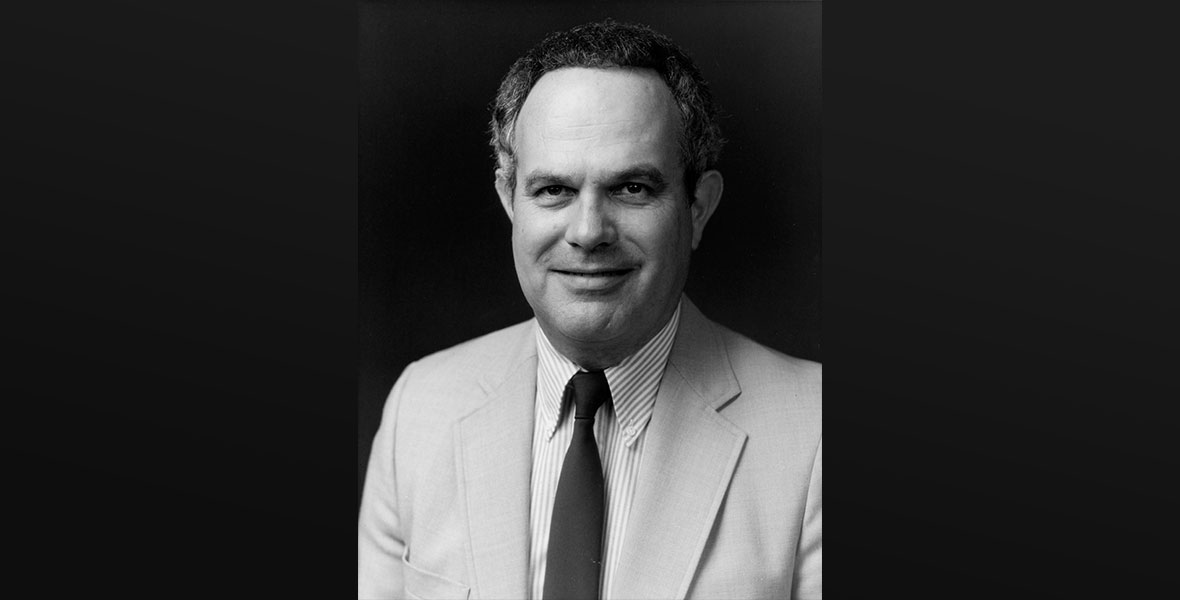 Born in 1938, and growing up in Leavenworth, Kansas, Ron studied trumpet, violin, piano, and dance. He began performing professionally when he was in the ninth grade and played in bands and orchestras nationwide. He also performed as a trumpet player and singer on recordings, on television, and in films, as well as appearing live with name bands and lounge acts throughout the United States.

He graduated from UCLA, earning B.A. and M.A. degrees in music and music education. It was during this time that he began his career at Disneyland as a trumpet player, where he had the opportunity to meet Walt Disney on several occasions. He also performed with the fanfare trumpets as part of the Disney-produced pageantry for the 1960 Winter Olympics in Olympic Valley (also known as Squaw Valley), California.

From 1965 to 1978, he was director of bands and jazz studies at Long Beach City College in Long Beach, California. In 1978, Ron moved to Florida to become Walt Disney World Resort’s music director. He returned to Disneyland in 1980 as the park’s director of entertainment, and, in 1982, went back to Walt Disney World Resort as vice president of entertainment. In 1987, he was promoted to vice president of creative show development for all of Walt Disney Attractions. 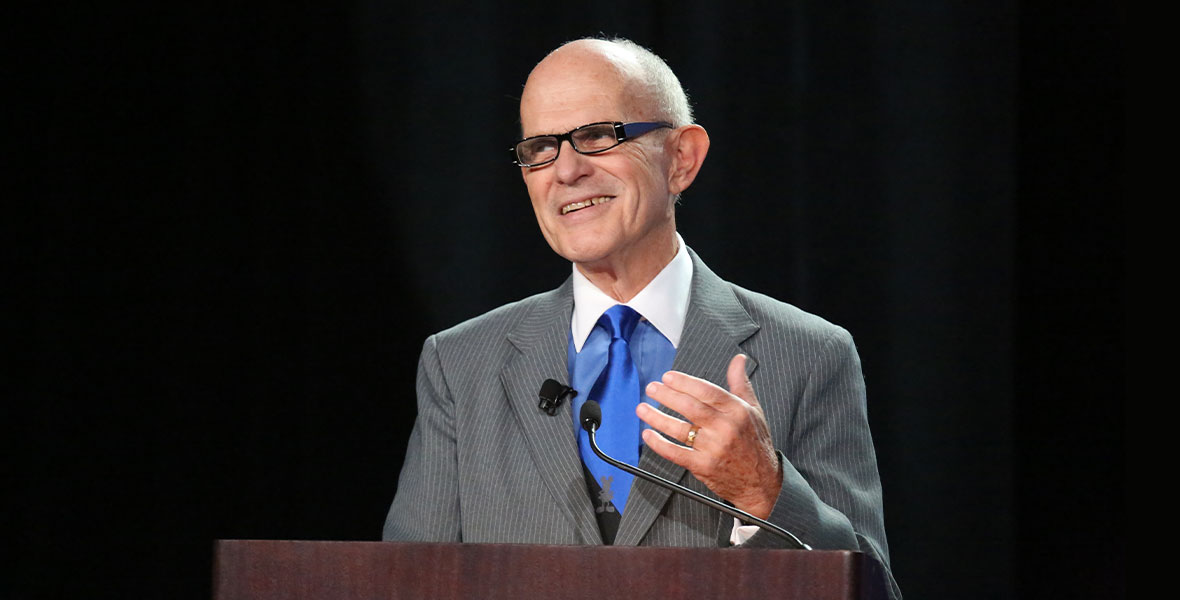 Building on the success of live theme park stage shows, Ron and his team pitched the idea of a Beauty and the Beast Broadway show to leadership, and the same team that produced the Beauty and the Beast stage show at Disneyland helped to create the Broadway version. They even partnered with the film’s screenwriter, Linda Woolverton, and songwriters (and fellow Disney Legends) Tim Rice and Alan Menken, who added to and adapted the classic songs written for the film by Menken and Disney Legend Howard Ashman. This led to the establishment of Walt Disney Theatrical Productions, where Ron served as president for the early years of Disney on Broadway. 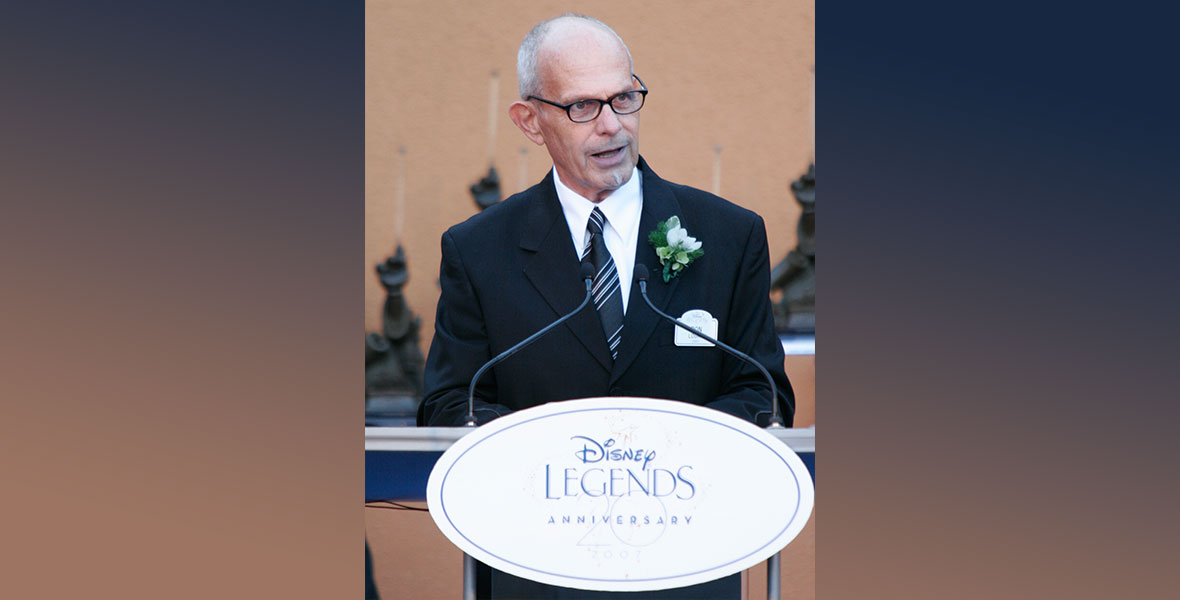 Although he retired from The Walt Disney Company in 2001, Ron continued to pursue activities in music and theater around the world.

One of his fondest early Disney memories included being a fanfare trumpeter for the Candlelight Processional at Disneyland Park. In 1968, Ron remembered a technical issue that caused all the sound and lighting cut off during the show. Narrator Henry Fonda didn’t skip a beat but pulled out a pen light from his coat pocket and continued narrating with his robust, unamplified voice until the electricity returned. That was a defining moment for Ron, showing him that the show must go on, even when elements beyond the performers’ control aren’t going according to plan. 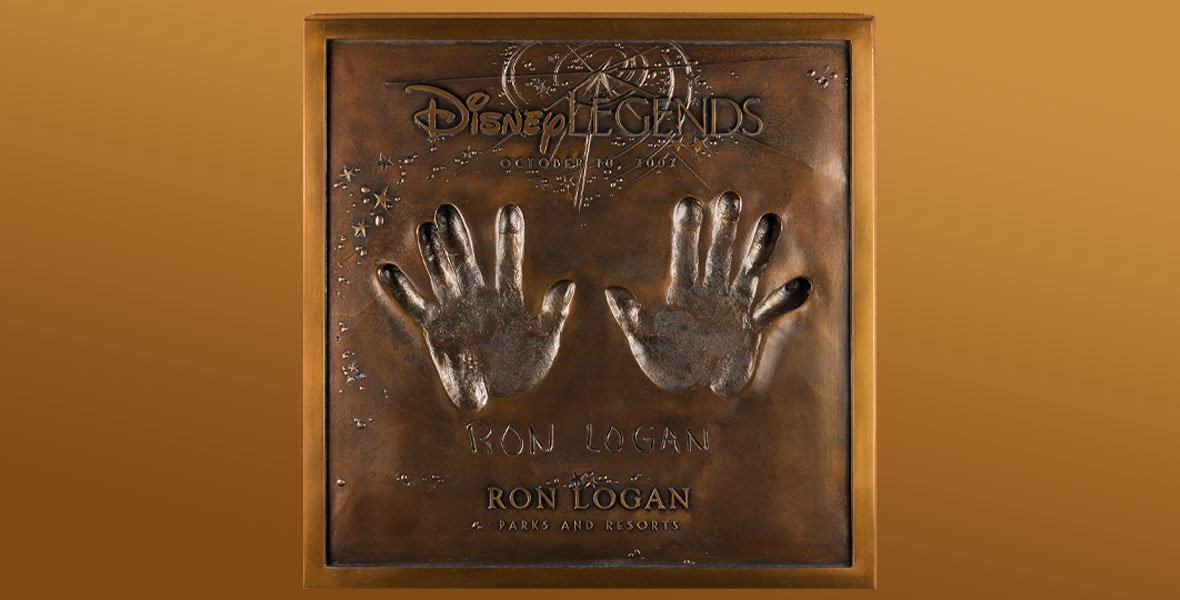 After he retired, Ron was honored with window on Main Street, U.S.A., at Walt Disney World Resort’s Magic Kingdom Park. The window is for the Main Street Music Co., with words below that title reading, “Ron Logan, Leading the Band into a New Century.”

“[Disney Legend] Marty Sklar did that for me when I retired from Disney,” Ron said. “My grandkids will see it, and it will be there unless somebody breaks it. I’m really proud of that.”

Ever proud of his family, Ron is survived by his wife, Carol, and daughters Sheryl Logan (Michael Stewart) and Michelle Haney, and grandsons Zachary, Adam, Cristian, Collin, Daniel, and Jackson.