What TV show could cause a crowd to dress as their favorite characters, sing along to the theme song, and ask enthusiastic questions of the cast and crew? It’s not pony tales or cotton tales, it’s DuckTales! Did you just mentally say “woo-oo?” You’re not alone. D23 Expo’s Stage 28 was full to the brim with fans of Scrooge, Huey, Dewey, Louie, Launchpad, and more of the beloved Disney Afternoon classic receiving a reboot this fall. 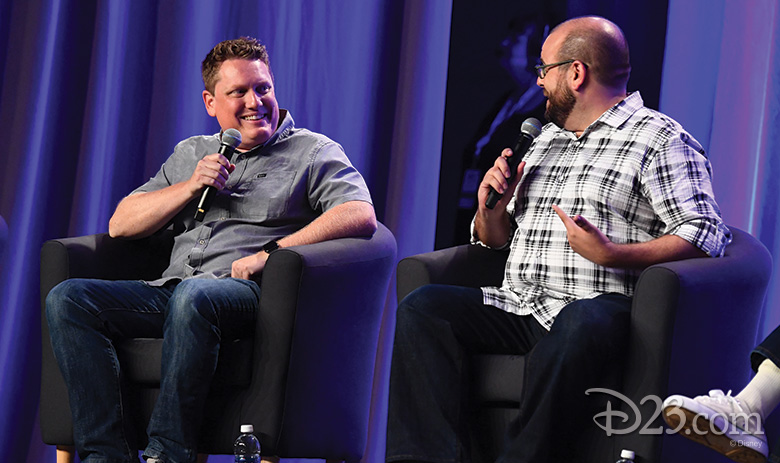 Francisco Angones, show writer, told the audience his goal for the reboot. He explains, “We want to give the feeling that the fans feel when they hear DuckTales—“ but before Angones could finish, the audience cut him off with a collective “woo-oo!”

Angones laughed at the interruption. “That’s the feeling we are trying to create!” he said. And fans were feeling that feeling at the panel. Here’s why we were saying “woo-oo!” along with the fans: 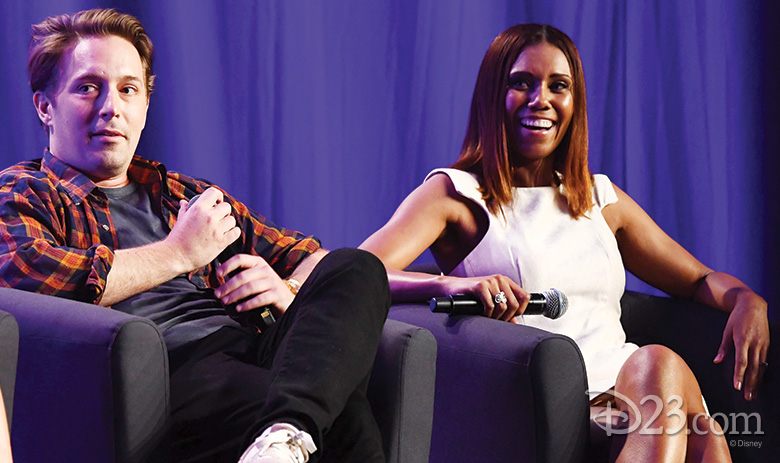 The Cast and Crew Are Fans Just Like Us
Once news that a DuckTales reboot was in the works got out, it was only natural that fans of the original show would want to be involved in making the new one. Ben Schwartz, the voice of Dewey, told the audience that he used to make mac and cheese and watch the Disney Afternoon cartoon block as a kid. Beck Bennett, voice of Launchpad McQuack, echoed that sentiment. “For me, it was getting home from school and hearing that theme song. It was the first happy thing in my day, snacks and cartoons.” The crew explained that it wasn’t just the show that inspired them—they are all fans of the comics and video games as well. 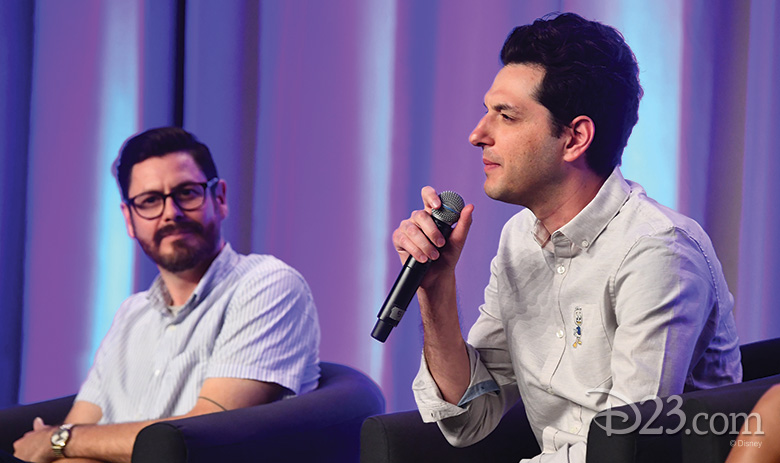 The Inspiration Goes Way Back
A major inspiration for the comic book-inspired look of the new show comes from the original Carl Barks comic. Sean Jimenez, lead art director, explained, “The core idea was to go back to the comics we were excited about.” He cited Carl Barks as an inspiration along with Disney animator Milt Kahl. Jimenez said, “We always think of the way the old Disney artists did it.” 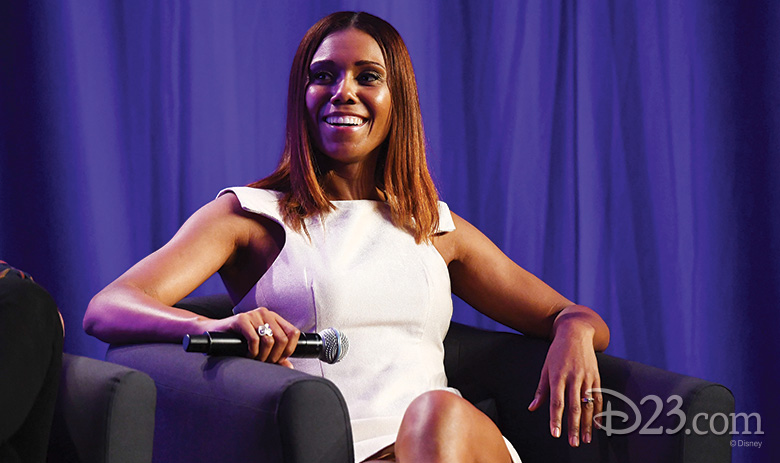 It’s Laugh-Out-Loud Funny
Toks Olagundoye, voice of Mrs. Beakley, describes her character as, “She has absolutely no sense of humor, and that’s funny!” But Olagundoye won’t take all the credit for the humor. “Everyone has some of the best lines!” she exclaims, and we have to agree. The audience was treated to a special viewing of the cold open for the series premiere episode, “Day Trip of Doom,” featuring antics of Huey, Dewey, Louie, and Webby, and left the crowd in stitches to the very last second.

Characters We Can’t Wait to Meet Again
Angones told the crowd he had a specific vision for the characters: “It’s about treating them like a real, relatable family,” he said. “I was seven when DuckTales premiered and I identified with Huey, Dewey, Louie, and Webby, and now I have kids and I relate to Donald!” Schwartz broke down the personalities of the nephews and promised the audience that the team is “giving them sincere personalities so that if you have a favorite, it’s not just because you like blue or red.” He describes his character, Dewey, as “that middle child who wants to be seen.” 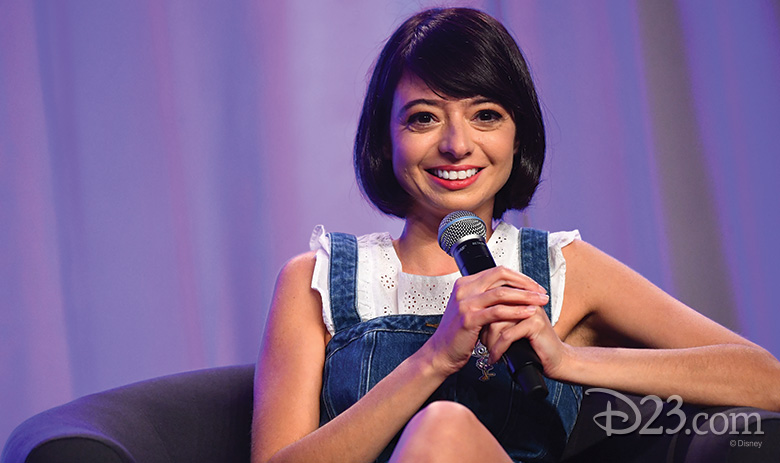 Kate Micucci, voice of Webigail Vanderquack, has a special attachment to her character. “I feel really lucky to be Webby Vanderquack,” she said. “She often wants to lead the way and has ideas, and she doesn’t often have the best ideas, but she believes in her ideas.”

Easter Eggs for Sharp-Eyed Fans
During the Q&A section of the panel, the fans were full of questions about their favorite characters and episodes. The cast and crew kept their answers vague, but what they did share should inspire fans to keep a sharp eye out. A fan asked about the character Duckworth, who has not been formally announced for the new series, but Angones revealed, “We have already premiered Duckworth and no one has found him yet!” They also hinted at more Easter eggs to watch out for, including possible references to a certain Terror that Flaps in the Night. While we aren’t exactly sure when or where Darkwing Duck could make an appearance, the crew did confirm one character who will be making his ducky debut: Ludwig Von Drake! The classic Disney duck will appear as an inventor from Scrooge’s past, who provides Scrooge with the pogo cane that fans know and love from the DuckTales video game!

DuckTales premieres in a two-part movie on August 12 on Disney XD, and will have its series premiere episode on September 23. We can barely wait for the derring-do bad and good luck tales to start, but while we count down the days, we’ll remember what the heart of the show is about. Angones explained, “We wanted to represent a world that kids see around them every day, even if the world is ducks.” We can’t wait to see what the world brings us!