Who says Friday the 13th is unlucky? It’s going to be a FUN-lucky night on Disney Channel and DisneyNOW when Spin, Descendants: The Royal Wedding, and Disney’s Magic Bake-Off debut. Join us that day in celebrating the 79th anniversary of the release of Bambi by streaming the film on Disney+. Finally, on Sunday, Hulu adds The Hate U Give to its library. 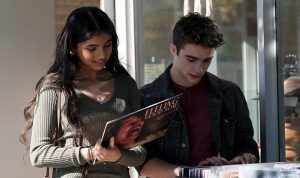 Spin—Friday, August 13, at 8 p.m. ET on Disney Channel and DisneyNOW
In this Disney Channel Original Movie, Indian American teen Rhea (Avantika) discovers a passion for creating DJ mixes that blend the rich textures of her South Asian culture and the world around her. Her life revolves around her eclectic group of friends Molly (Anna Catchart), Watson (Jahbril Cook), and Ginger (Kerri Medders), as well as her after-school coding club, her family’s Indian restaurant, and her tight-knit, multi-generational family. Everything changes when she meets aspiring DJ Max (Michael Bishop) and her long lost passion for music is reignited. Rhea discovers she has a natural gift for creating beats and producing music—and now, she must summon the courage to follow her true inner talent. 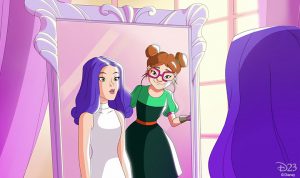 Descendants: The Royal Wedding—Friday, August 13, at 9:40 p.m. ET on Disney Channel and DisneyNOW
Happily-ever-after is about to begin for Auradon’s beloved power couple Mal (voice of Dove Cameron) and King Ben (voice of Mitchell Hope) as they prepare to say “I do” at an epic celebration with their friends and family. Unfortunately, Hades (voice of Cheyenne Jackson) threatens to ruin their big day. Debuting a brand-new song, the animated special features the voices of Sofia Carson as Evie, Booboo Stewart as Jay, Sarah Jeffery as Audrey, Melanie Paxson as Fairy Godmother, China Anne McClain as Uma, Jedidiah Goodacre as Chad, Anna Cathcart as Dizzy, Dan Payne as Beast, and Bobby Moynihan as Dude the Dog. 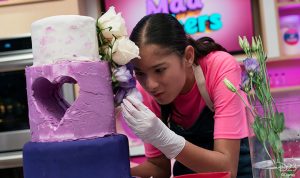 Disney’s Magic Bake-Off—Friday, August 13, at 10:10 p.m. ET on Disney Channel and DisneyNOW
This new one-hour series follows three teams of two kid bakers as they race against the clock to design a Disney-inspired cake. Co-hosts Dara Reneé and Issac Ryan Brown, along with Disneyland resort pastry chef Graciela Gomez, guide the baking teams through fun challenges and unexpected twists designed to take their baking abilities, techniques, and creativity to new culinary heights. Only one team will be named Disney Baking Champion! 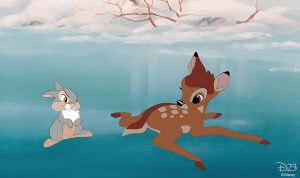 Bambi—Friday, August 13, on Disney+
With its awe-inspiring animation, this timeless classic is beloved by generations. In a life-changing adventure, Bambi and his friends, Thumper and Flower, explore the dangers and wonders of the woods—and ultimately, he fulfills his destiny as Great Prince of the Forest. 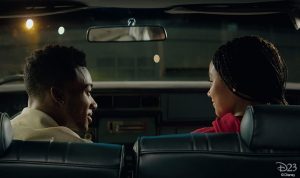 The Hate U Give—Sunday, August 15, on Hulu
Based on Angie Thomas’ best-selling novel of the same name and directed by George Tillman Jr., the drama centers on Starr Carter (Amandla Stenberg), who lives in two worlds: the poor, Black neighborhood she resides in and the mostly white prep school she attends. The uneasy balance is shattered when she witnesses a white policeman (Drew Starkey) fatally shoot her best friend, Khalil Harris (Algee Smith). Amid community outrage and national news coverage, 16-year-old Starr must find her voice and stand up for what’s right.