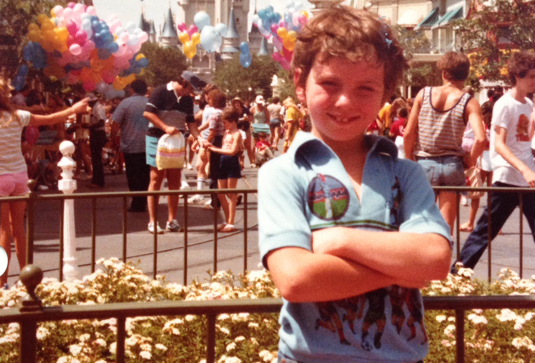 “In 1979, my dad decided to take us to what he called, “this new Disney World” for one glorious week. As a 7 year old, I was in awe. Over the next few years, as a kid into space and technology, I followed EPCOT Center’s design and construction as avidly as a 10 year old in the UK could in the days before the Internet. That was a pretty special trip.

“But it was 1987, when I finally was taken for my first EPCOT visit, that “it” really started for me. It was unbelievable. It was literally like nowhere else I had been or seen. It was truly better in real life than in all the pictures I had seen and in all the articles I had read. I also started to note the architecture, the attraction design, lighting, audio, ride systems, and park layouts.

“Decades later, the parks have had such an impact on me that I dedicate virtually all my spare time to researching and documenting past and present shows and attractions. My hobby, my passion, and a huge part of my life are driven by the effect the parks had on me—a passion that began at Walt Disney World and EPCOT Center all those years ago.”