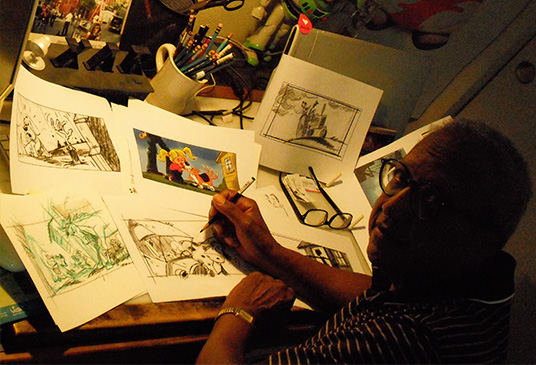 The first moment I became truly aware of Disney was when my mother took me to see Dumbo. I was quite young—about 5 or 6 years old. There was something magical about seeing that film. I hadn’t anticipated going to see an animated film—I just thought I was going to a movie with my mother. So it wasn’t until the film started that I realized I was watching a totally different kind of motion picture.

And while I knew that it wasn’t real—because even as a little kid you know what’s real and what’s not real—it seemed so amazingly believable. It was magic because it seemed to be alive. I just found that fascinating and that people could do that kind of work. That was the moment I fell in love with Disney.