The wait is nearly over! Marvel Studios’ smashing new series She-Hulk: Attorney at Law debuts Thursday, August 18, on Disney+. Allow us to introduce the newest Super Hero to join the Marvel Cinematic Universe, Jennifer Walters aka She-Hulk, along with her friends and famous cousin who help her to navigate her newfound superpowers. 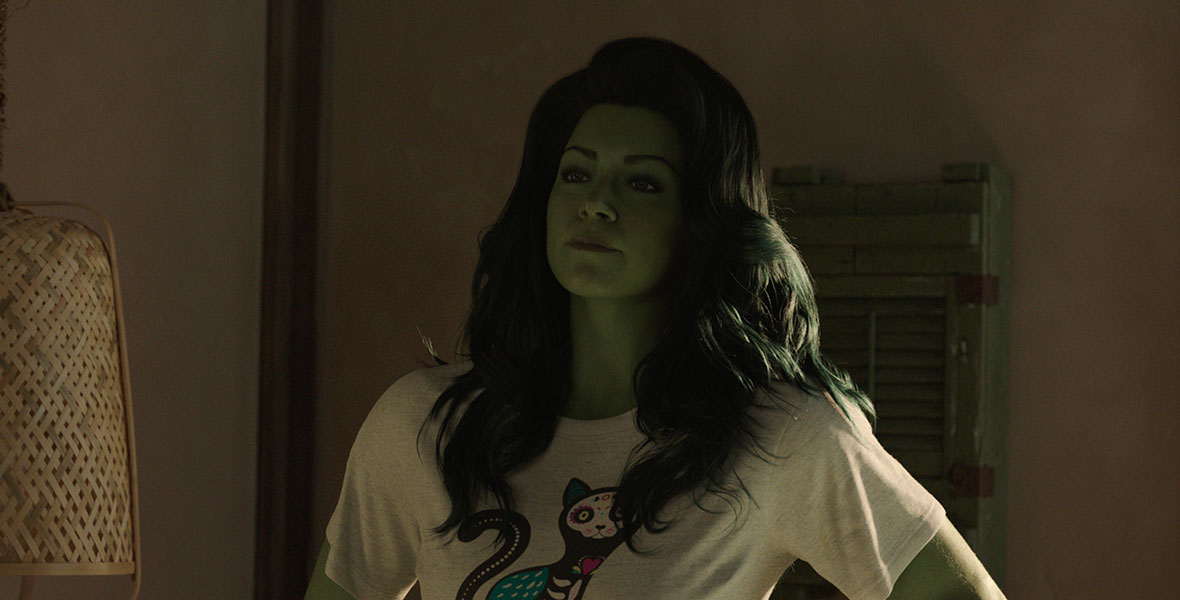 Jennifer Walters is a 30-something attorney who specializes in superhuman-oriented legal cases at her law firm GLK&H while also navigating her transformations into a 6-foot-7-inch green Hulk. A reluctant Super Hero and cousin to Bruce Banner aka Hulk, Jennifer wasn’t born with superhuman abilities nor did she ask for them. Instead, she gains Hulk’s incredible strength by accident.

“I’ve never played anything close to a Super Hero before, so it took me a little while to wrap my head around it,” Maslany says. “I was so thrilled because not only am I stepping into being a Super Hero for the first time, but I’m also getting to do a flat-out comedy, which feels like a different world.”

Adds head writer Jessica Gao, “She-Hulk is so different than anything we have seen in the MCU. Only Tatiana Maslany could have made Jen Walters and She-Hulk both feel like real people. She brought so much humanity and complexity to the character that you feel everything she’s feeling. She’s taken the character to a level that I never could have imagined. Tatiana is a true professional who is so good at what she does and takes her job very seriously.” 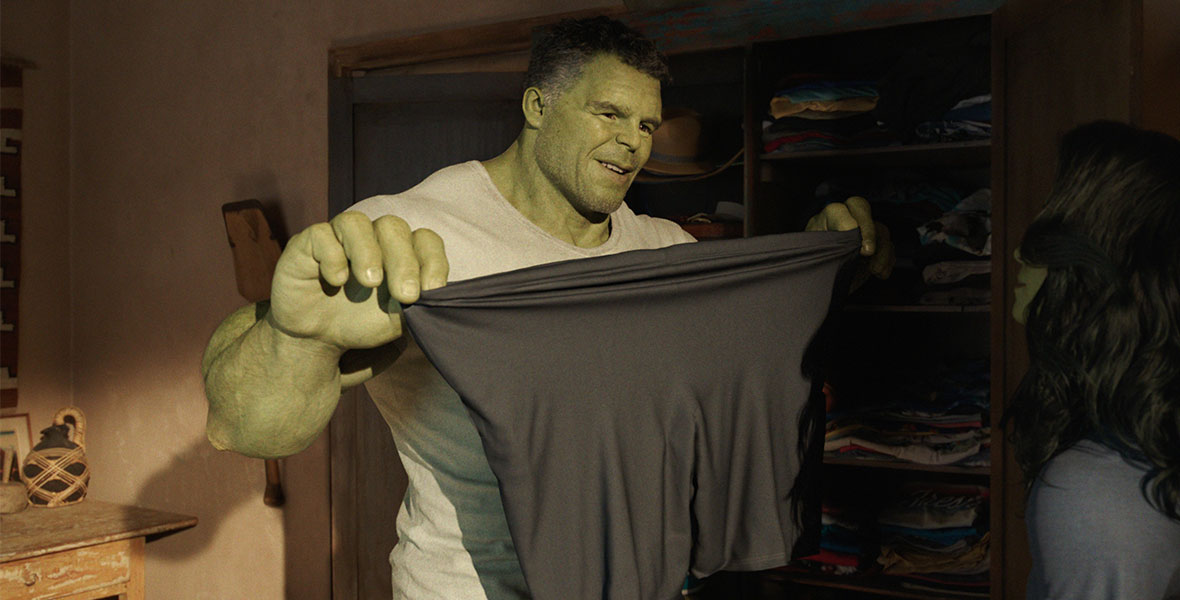 Mark Ruffalo as Bruce Banner/Hulk
Bruce Banner is living off the grid in a remote part of Mexico, having created the Zen-like lifestyle he has always longed for. He soon becomes Jennifer’s unasked-for mentor as she learns how to embrace her Hulk.

“She doesn’t want anything to do with what he’s offering,” Ruffalo says. “But she doesn’t understand the power that she’s been given or what it’s going to mean for her life, and he knows that it’s not an easy thing to live with, so he’s trying to prepare her as best he can. They have a great rapport, and Bruce is just excited to have a person who can relate to him on a Hulk level.”

Maslany adds, “Nikki Ramos is a very necessary person to have around. Jen can be wound quite tightly and fixated on work as her only defining feature. Nikki consistently reminds her that there is a life outside of her job and to embrace the She-Hulk side of herself—something Jen is super resistant to. So, Nikki draws her out and helps her feel that being She-Hulk can be part of her identity as well.” 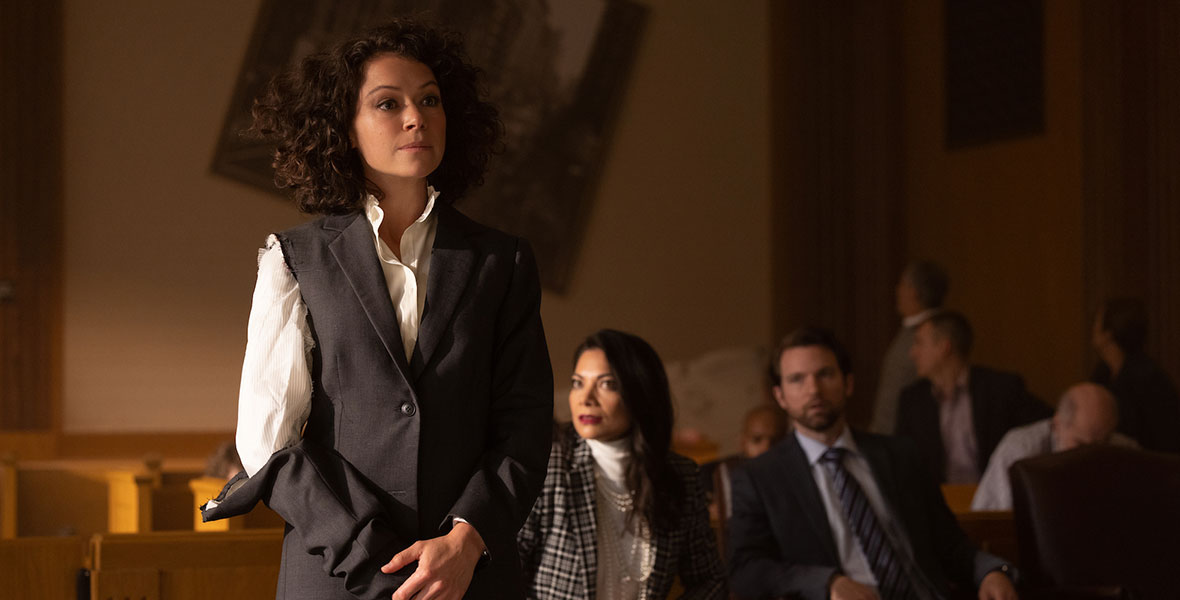 Ginger Gonzaga as Nikki Ramos
Nikki Ramos is Jennifer’s closest friend and paralegal, providing unwavering support in both personal and professional matters. She’s the one Jen can turn to help her let loose and color outside the lines.

“Ginger has this infectious kinetic energy that is completely opposite of Tatiana, who has a very grounded energy,” says director Kat Coiro. “Every scene with them is really engaging and exciting because they operate on different vibrations—they’re totally believable as friends. The first scene we shot in the series was the two of them chatting at the bar, and after the first take we all looked at each other and said, ‘Oh yeah, this is going to work.’”

Maslany adds, “Nikki Ramos is a very necessary person to have around. Jen can be wound quite tightly and fixated on work as her only defining feature. Nikki consistently reminds her that there is a life outside of her job and to embrace the She-Hulk side of herself—something Jen is super resistant too. So, Nikki draws her out and helps her feel that being She-Hulk can be part of her identity as well.” 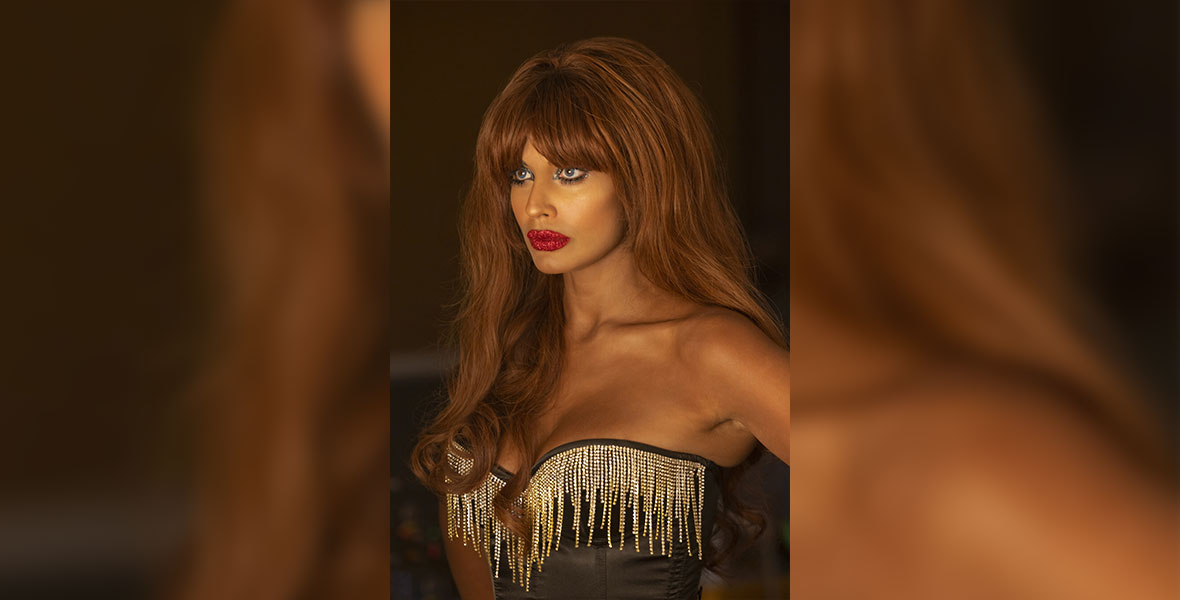 Jameela Jamil as Titania
Titania is a narcissistic social media influencer who also possesses superhuman strength. After her misguided effort to solicit attention leads to a confrontation with She-Hulk, the two commence a rivalry that is fueled by Titania.

“Titania considers herself to be the strongest woman in the world and cannot believe that there is someone who can challenge her, never mind defeat her,” Jamil says. “She’s all narcissism and ego. But then She-Hulk steps in and humiliates her publicly. When you take someone with a fragile ego and piss them off, it starts a grudge that grows and grows. All Titania wants to do is be a thorn in She-Hulk’s side.” 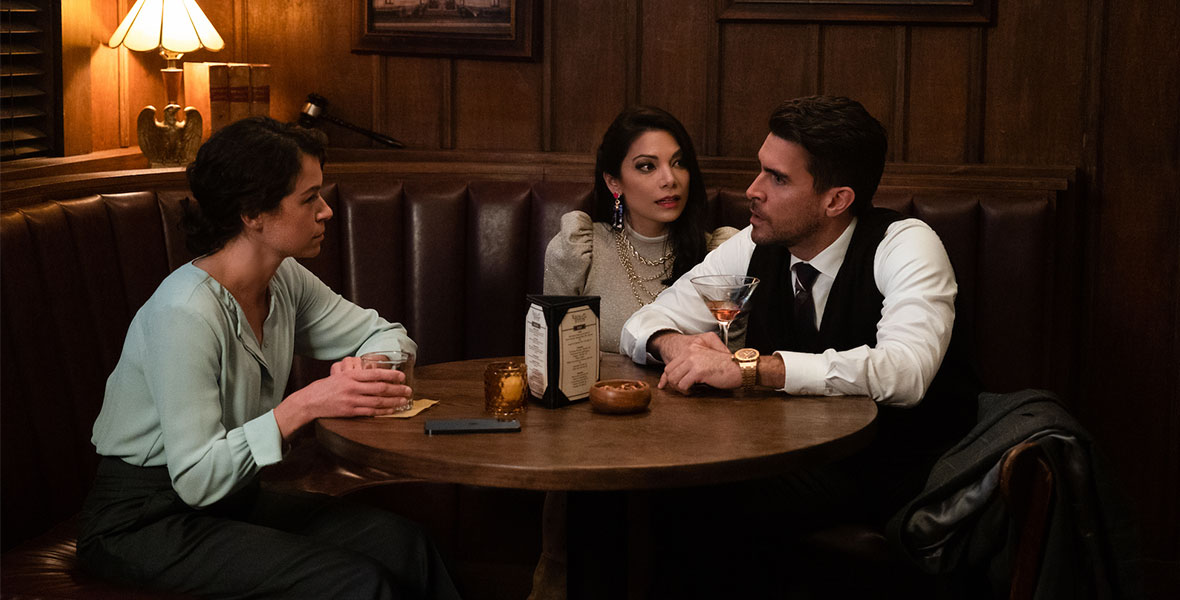 “Pug really cares deeply about She-Hulk and Nikki,” says Segarra. “They make him part of their family and he’s loyal to them. Jen is struggling with the process of accepting both sides of her new existence and understanding how to meld the two. Pug loves and supports her either way and is impressed by the way that she handles herself inside and outside of the courtroom. He can see how hard she works and has so much respect for her.”

Jon Bass as Todd
Todd is a potential suitor for Jen who has recently decided to try online dating. Despite her growing list of terrible dates, Todd becomes one of her worst experiences EVER.

“Todd is a billionaire playboy philanthropist douchebag who wants more than anything to feel like Tony Stark, but comes off as Jon Bass,” says Bass. “He is used to getting whatever he wants, but he’s a total creep who starts popping up everywhere.”

Adds co-executive producer Wendy Jacobson, “Jon Bass is so funny and he’s so good at playing this terrible person—it’s really fun to watch. The character of Todd plays on the social commentary of misogyny and cancel culture and the unfair views of women. He’s annoying but mostly harmless, and it’s really about embodying these awkward interactions you have with someone when they keep showing up in your life over and over again.”

Renée Elise Goldsberry as Mallory Book
Mallory Book has clawed her way to the top to become one of the best at GLK&H, and when She-Hulk arrives, she’s quickly threatened by having the Super Hero lawyer as the new head of the superhuman law division.

“Perfection is a daunting status to live up to, and there’s a tremendous amount of pressure on her,” says Goldsberry. “Mallory is great at her job and many people look up to her. She’s interested in She-Hulk but pretends she doesn’t notice her at first. I think she sees her as a threat until she sees the humanity in Jen and recognizes that perhaps there’s some value in the relationship for both of them.” 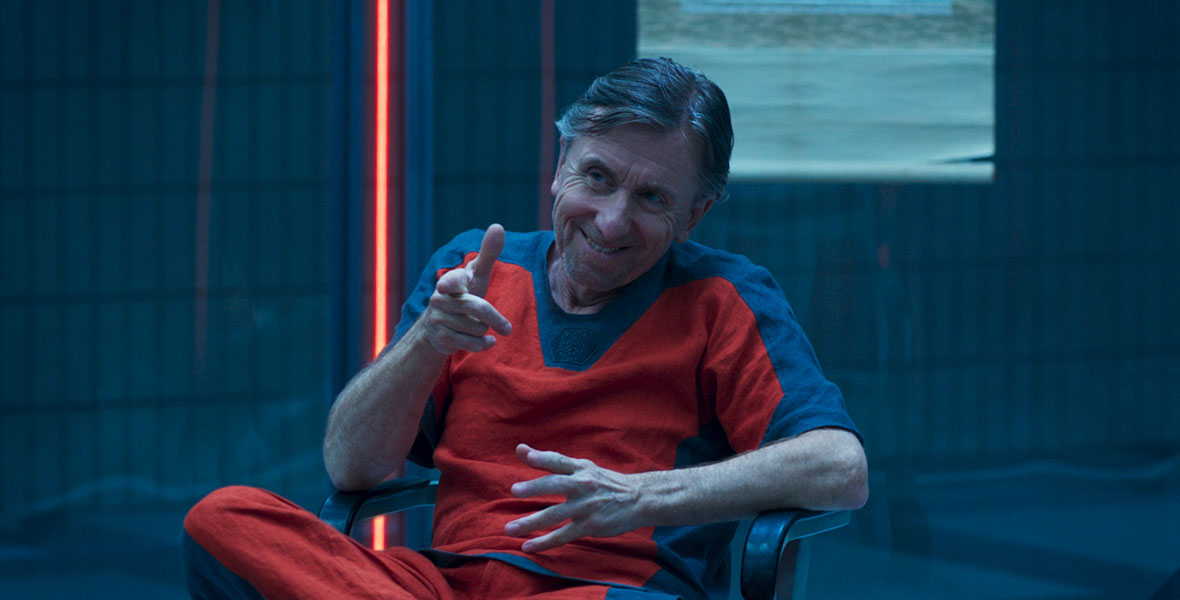 Emil Blonsky aka Abomination is Jennifer’s first assignment at GLK&H, as She-Hulk represents him at his parole hearing, despite his longstanding conflict with her cousin.

“Emil Blonksy was born in Russia, raised in England—a Royal Marine who was injected with a super serum that turned him into this monster, Abomination,” Coiro says. “He’s a very tricky character—he’s not necessarily to be trusted and you get the feeling that he’s a con artist. What I love is that Jen decides that there was a lack of justice, and he needs to be represented as part of the American due process of law. To me, that really harkens back to the comics—to the Jen Walters who fights for what is right, no matter what.”

Adds Roth, who is reprising his character 14 years after he first played the role, “It was actually something we thought about all those years ago,” says Roth. “Back then the question was, if they brought Blonsky back for another film, where would they find him? It was a very interesting question with some wild ideas.

“For Blonsky in this series, they took the character in a very different direction,” Roth continues. “So, in a sense it didn’t feel my job was to reprise the character. It was to find a new version of the character and play around in that.”