Marvel Studios rolled out the green-and-purple carpet at The El Capitan Theatre in Hollywood Monday to celebrate the world premiere of She-Hulk: Attorney at Law, debuting Thursday, August 18, on Disney+. The event brought out many of the series’ stars, including Tatiana Maslany, Mark Ruffalo, Jameela Jamil, Ginger Gonzaga, Josh Segarra, and Renée Elise Goldsberry, among others, in addition to the creative teams.

She-Hulk: Attorney at Law introduces Jennifer Walters, an attorney specializing in superhuman-oriented legal cases, to the Marvel Cinematic Universe (MCU). Jennifer is a single, 30-something woman... who just so happens to be a green, 6-foot-7 superpowered hulk. “For us, it was so important that we made her feel like a real person,” head writer Jessica Gao told D23 at the premiere. “All of these characters that you see in Marvel movies have a lot on their plate because they’re usually saving the universe and the fate of humanity. You don’t really have a lot of time to spend regular life with them. What’s great about this show—and what’s great about television—is we have that time and space. We’re able to show this well-rounded portrait of a person who, in a very grounded way, deals with getting superpowers.” 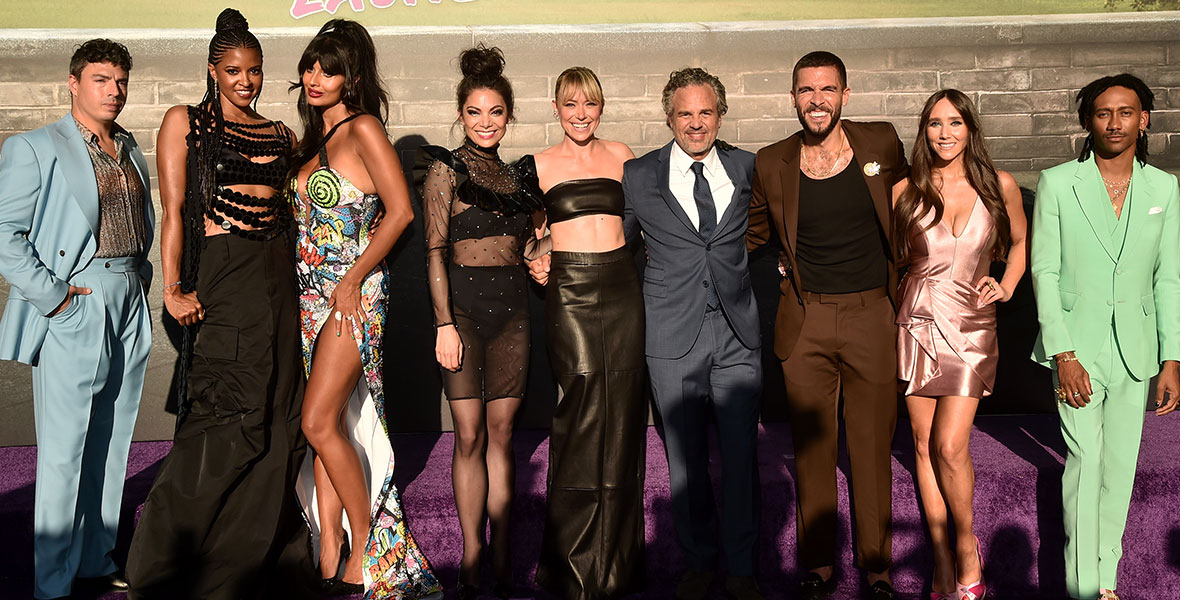 Helping to ground Jennifer are Nikki Ramos (Gonzaga), her best friend and paralegal, and Augustus “Pug” Pugliese (Segarra), a new friend and attorney. “Nikki is very rad, very free, and very reckless,” Gonzaga said. “She starts a lot of the fires that Jen won’t engage herself in.” As for Pug? “Pug is ride or die,” Segarra told D23. “Pug is all love. He loves hard. He was saved by Spider-Man, so he decided to dedicate himself to protecting Super Heroes—and here we are! I’m excited for folks to see how much he loves Jen Walters when she gets there. Come on, man! It’s the She-Hulk—in the flesh!”

Excluding Ruffalo as Bruce Banner/Hulk, Tim Roth as Emil Blonsky/Abomination, and Benedict Wong as Wong, the series is populated with characters never-before-seen onscreen, such as Eugene Patillio/Leap-Frog (Brandon Stanley). “Leap-Frog’s in the MCU! We’ve finally done it, guys! It’s happening!” Stanley said with a laugh. As for what makes Leap-Frog special, Stanton teased, “I can leap. I can get up there, baby!”

Then there’s Madisynn—“a mess of a human,” according to Patty Guggenheim. Unlike Leap-Frog, Guggenheim’s character cannot be traced back to Marvel Comics. “She’s an original,” Guggenheim shared. “She’s a party girl who stumbles into this world—quite literally.”

For some of the actors, who still can’t believe they’re now part of the MCU, Monday’s premiere helped it sink in. “Oh, my God! It’s wild! It’s the weirdest! Is this real? There’s a poster of me that’s giant!” Gonzaga said. “There’s so much art and imagination involved in the comics, films, and TV shows, so it’s a dream come true!”

Before you stream Marvel Studios’ She-Hulk: Attorney at Law on Disney+ later this week, D23 presents a smashing series of photos from the purple and green carpet: 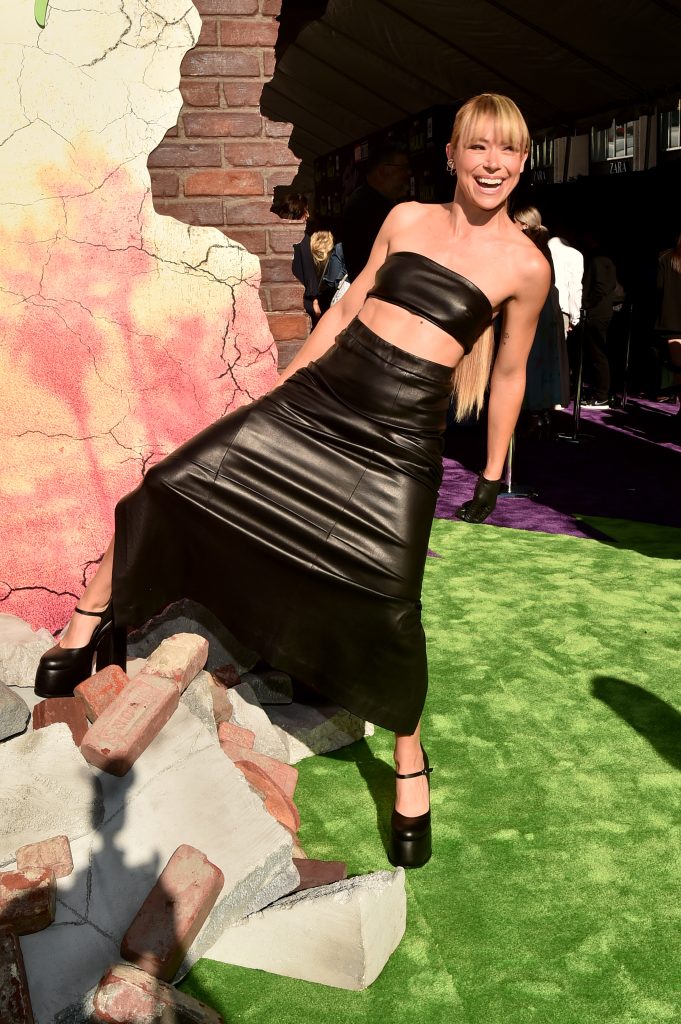 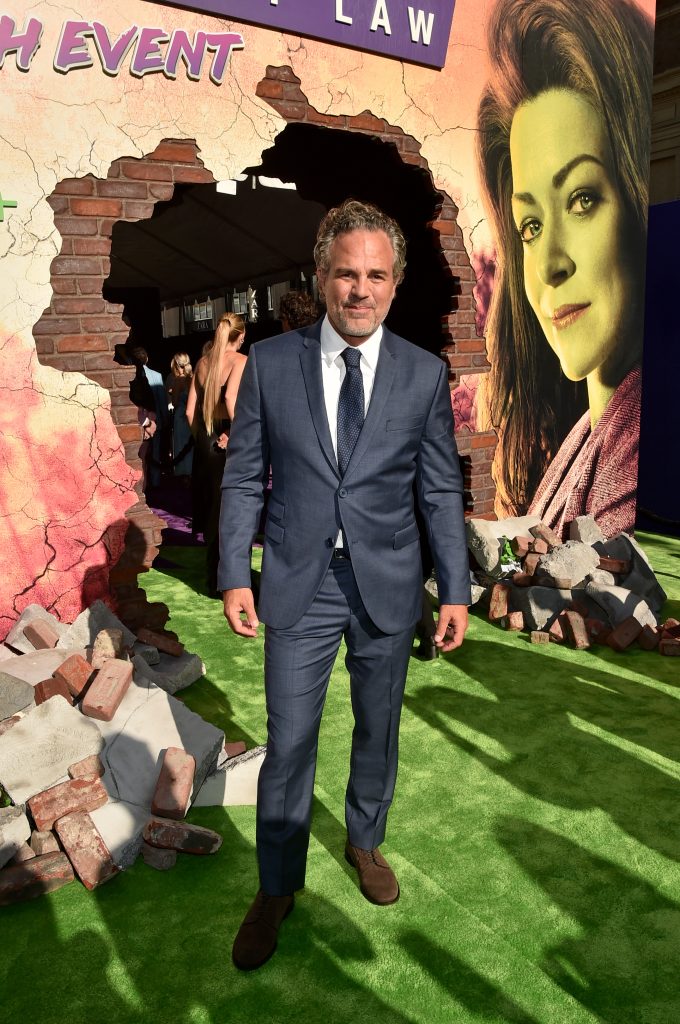 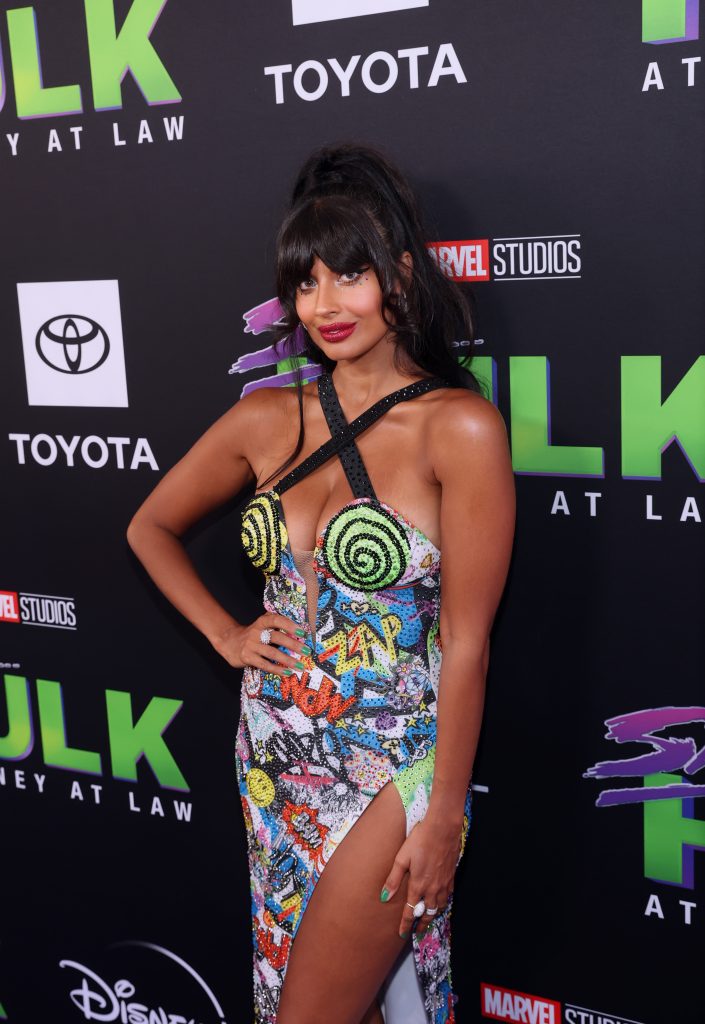 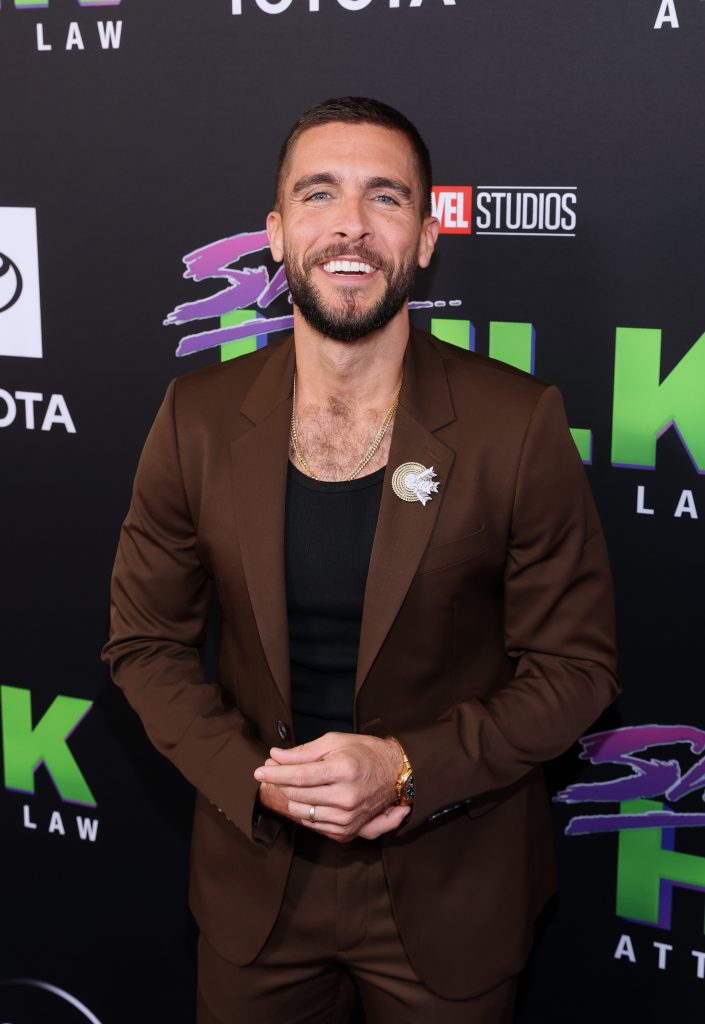 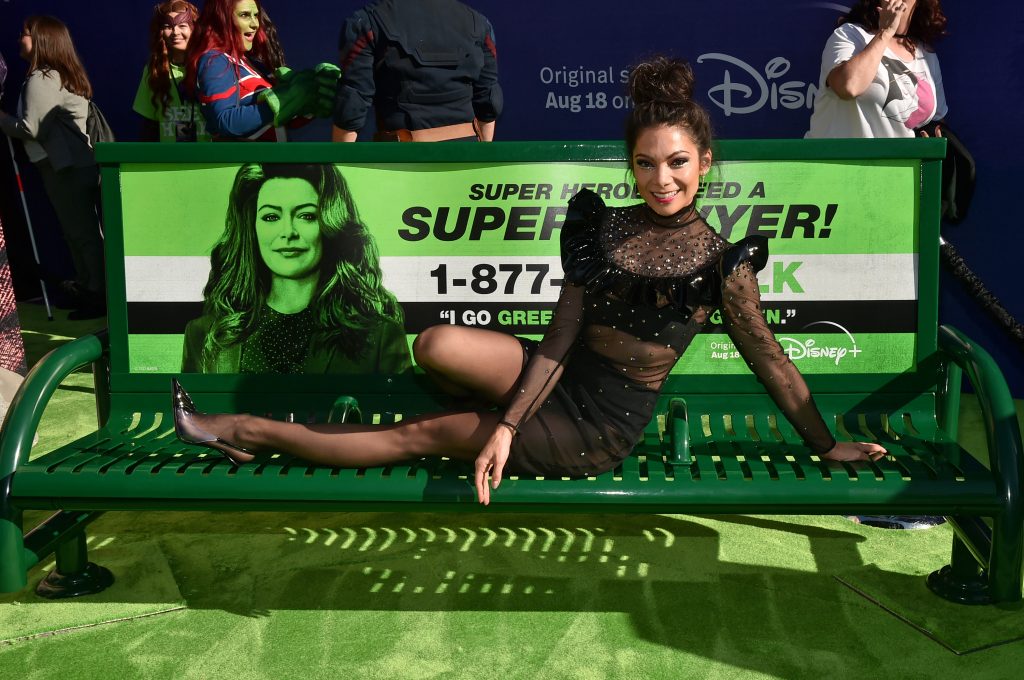 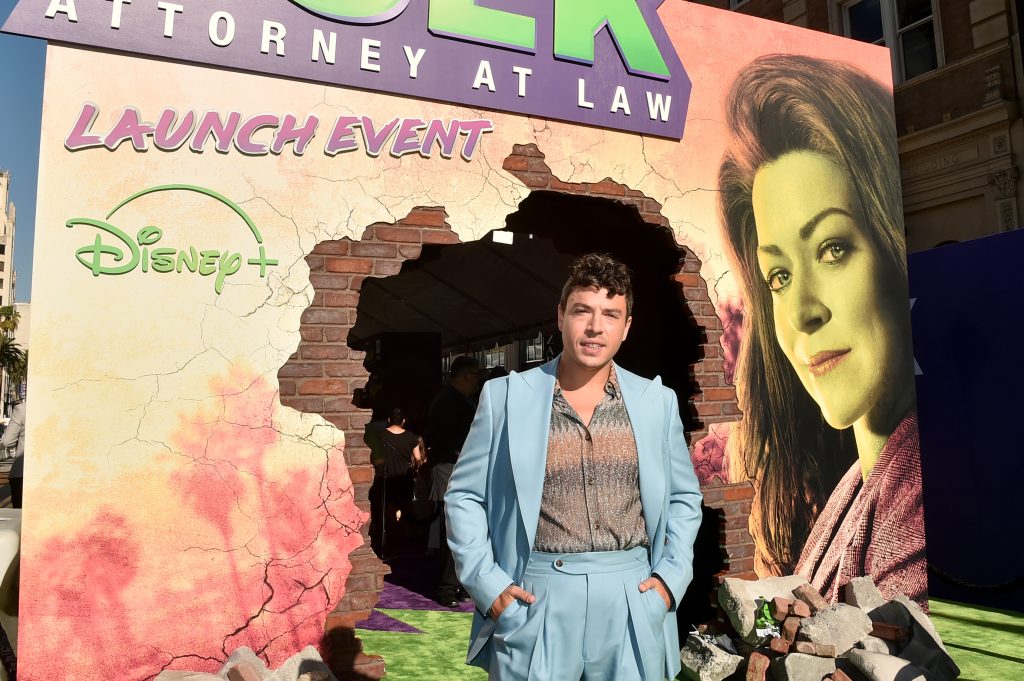 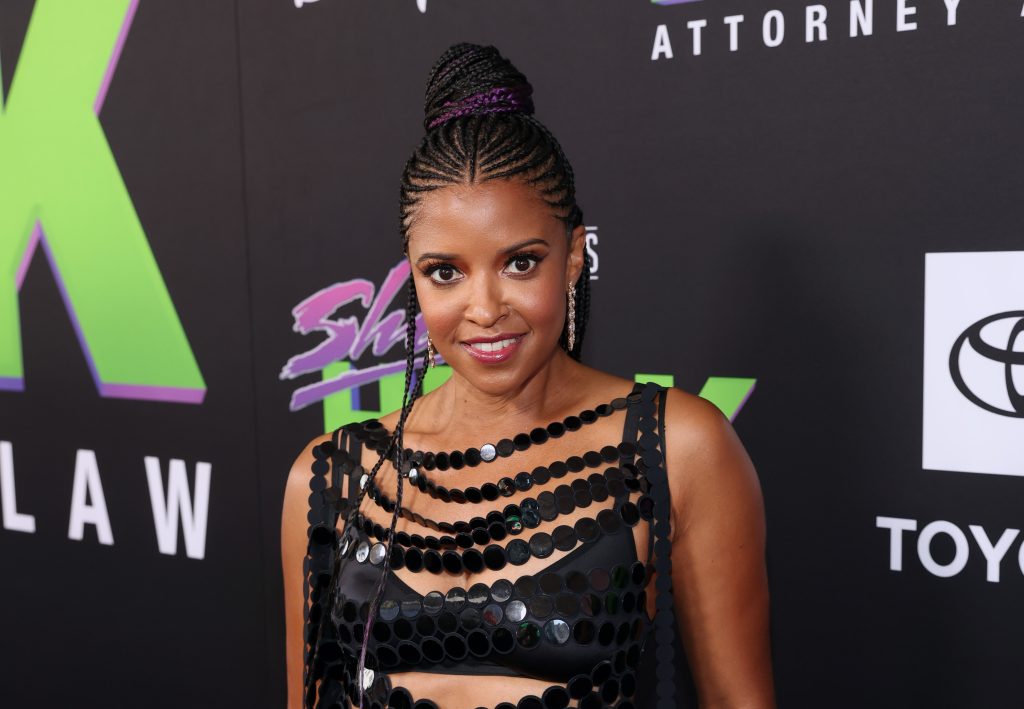 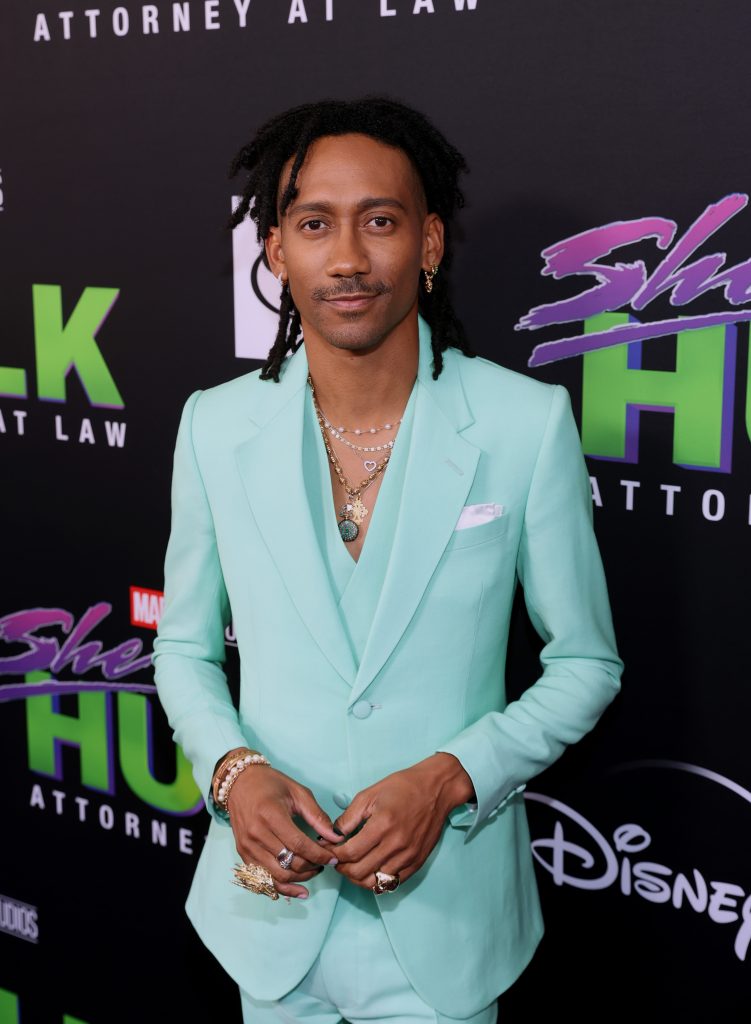 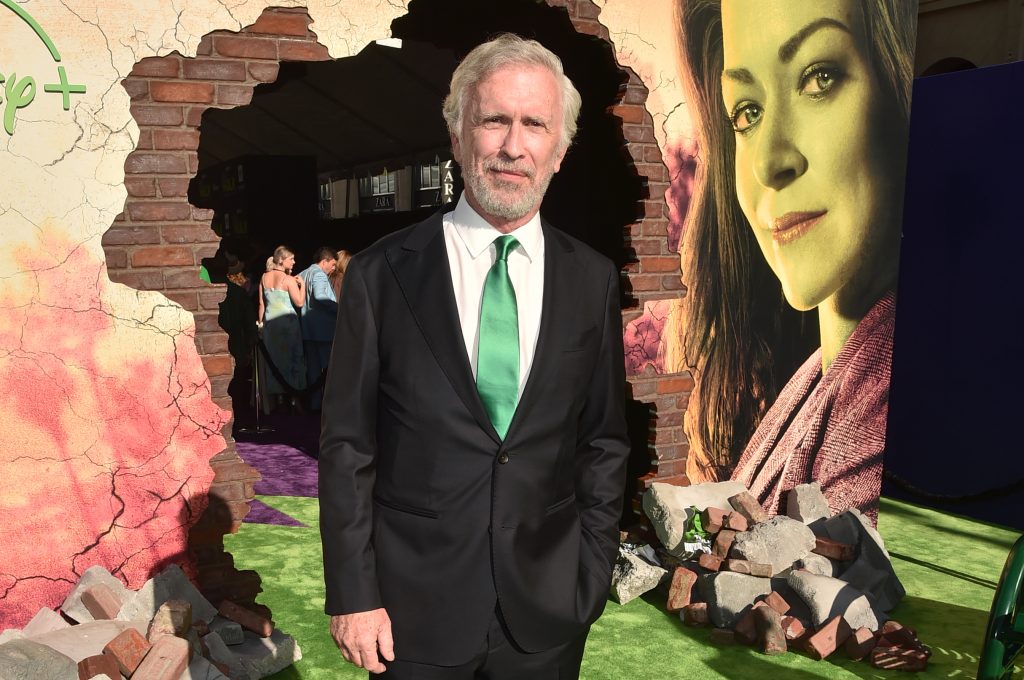 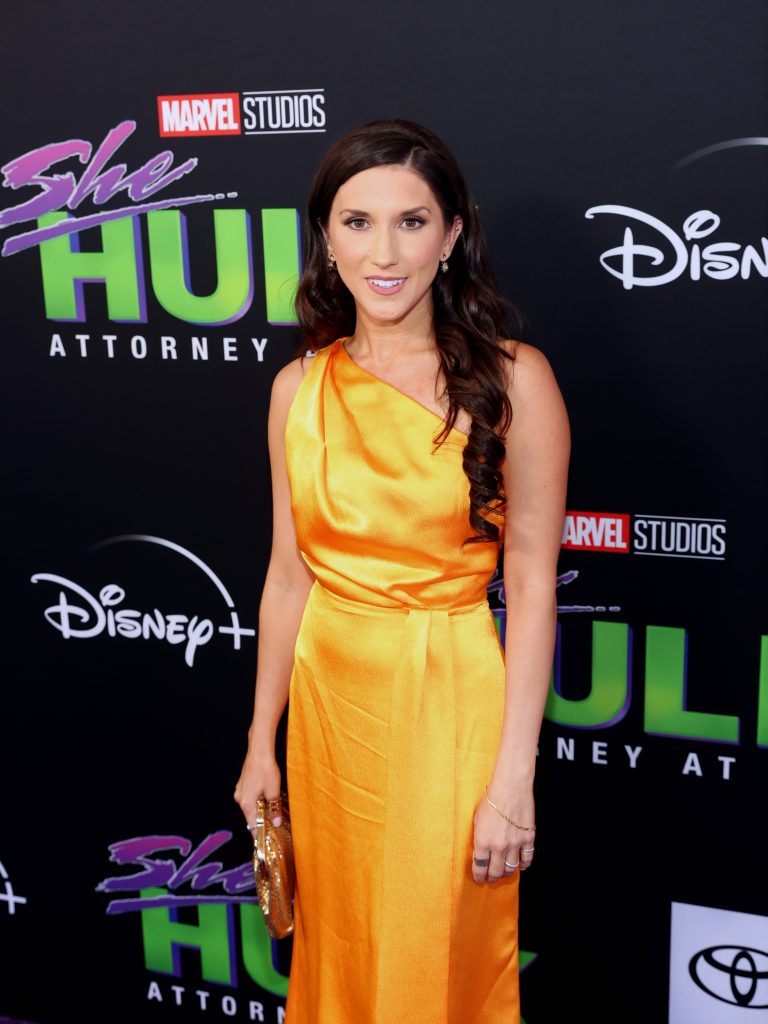 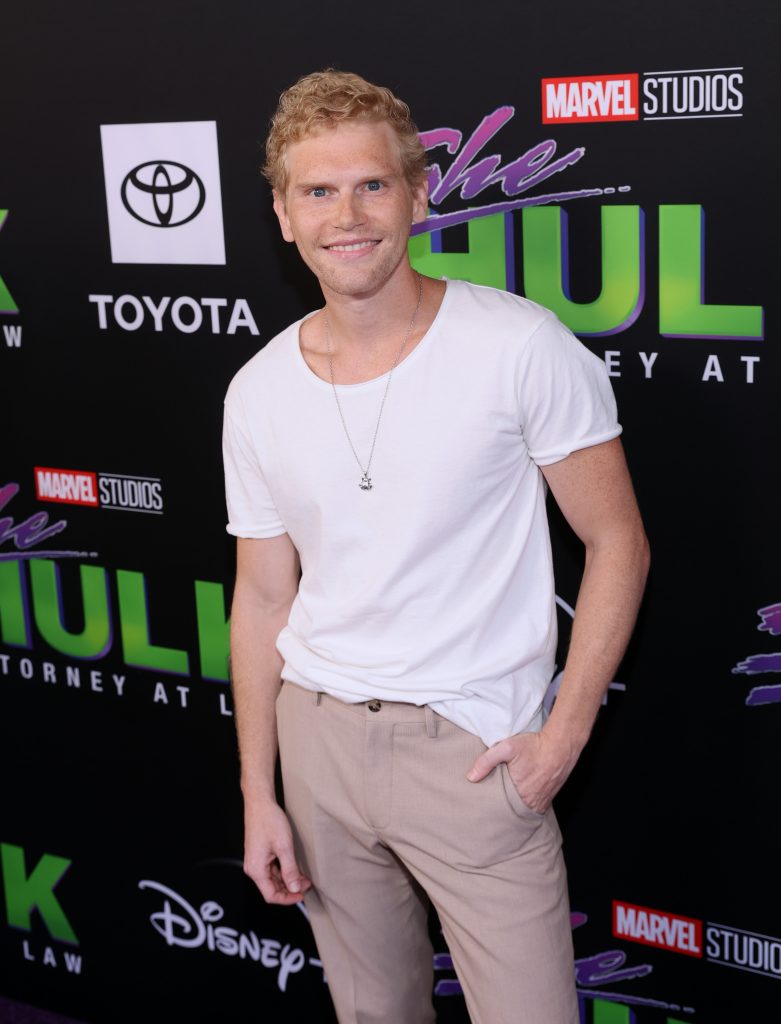 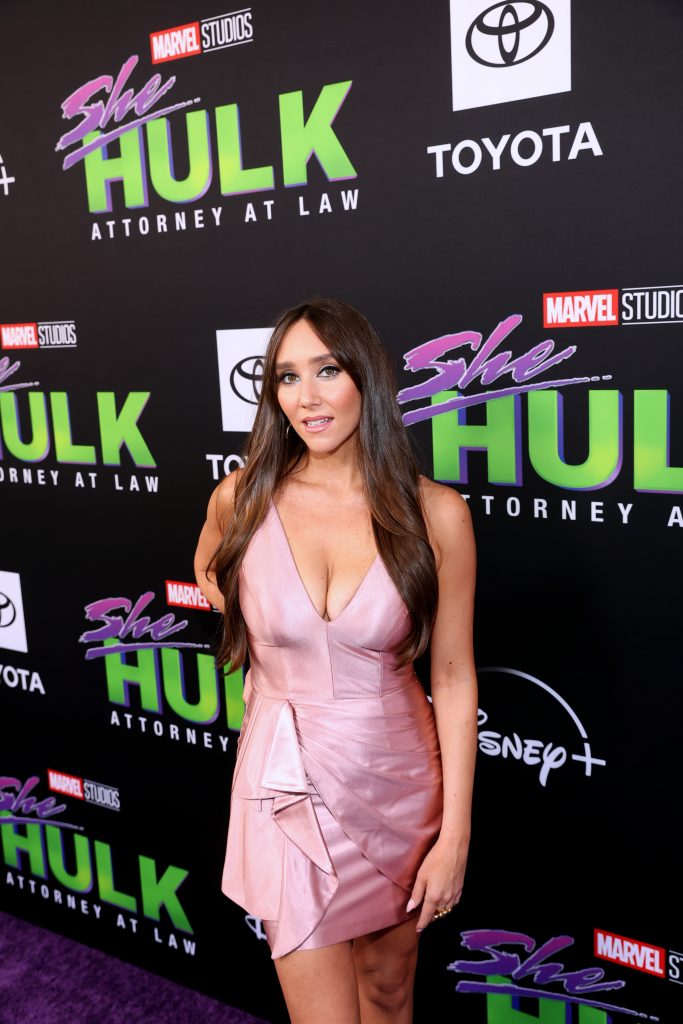 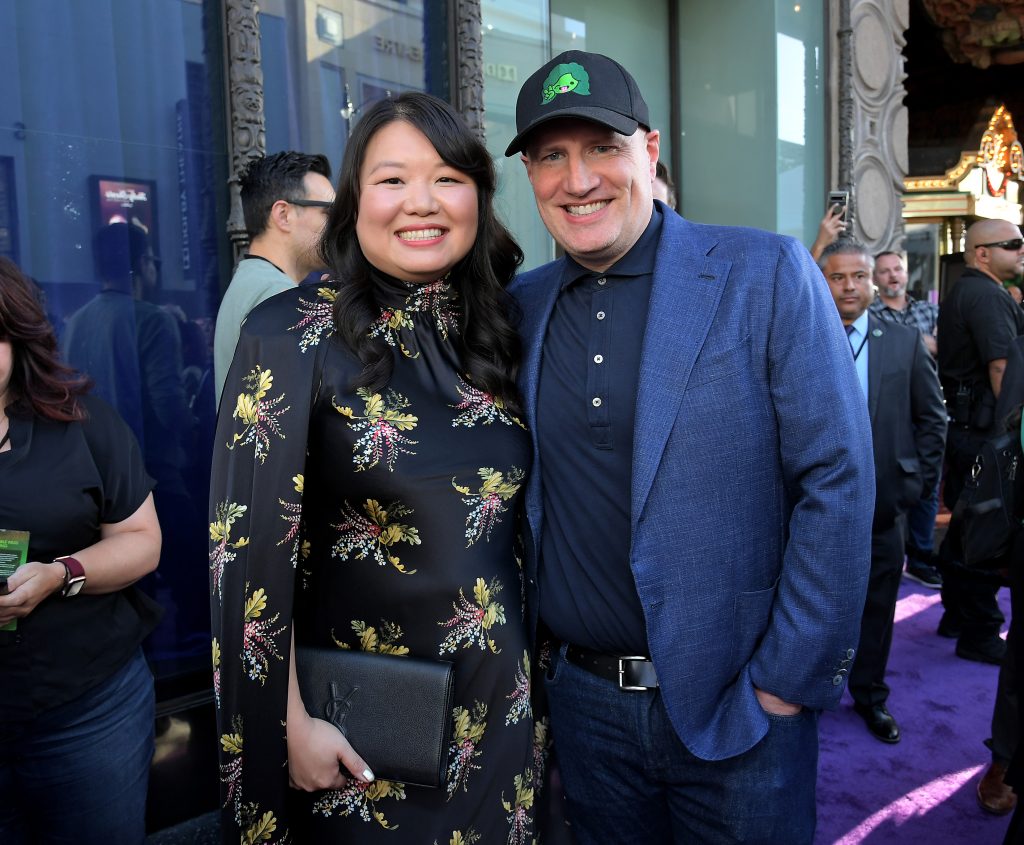 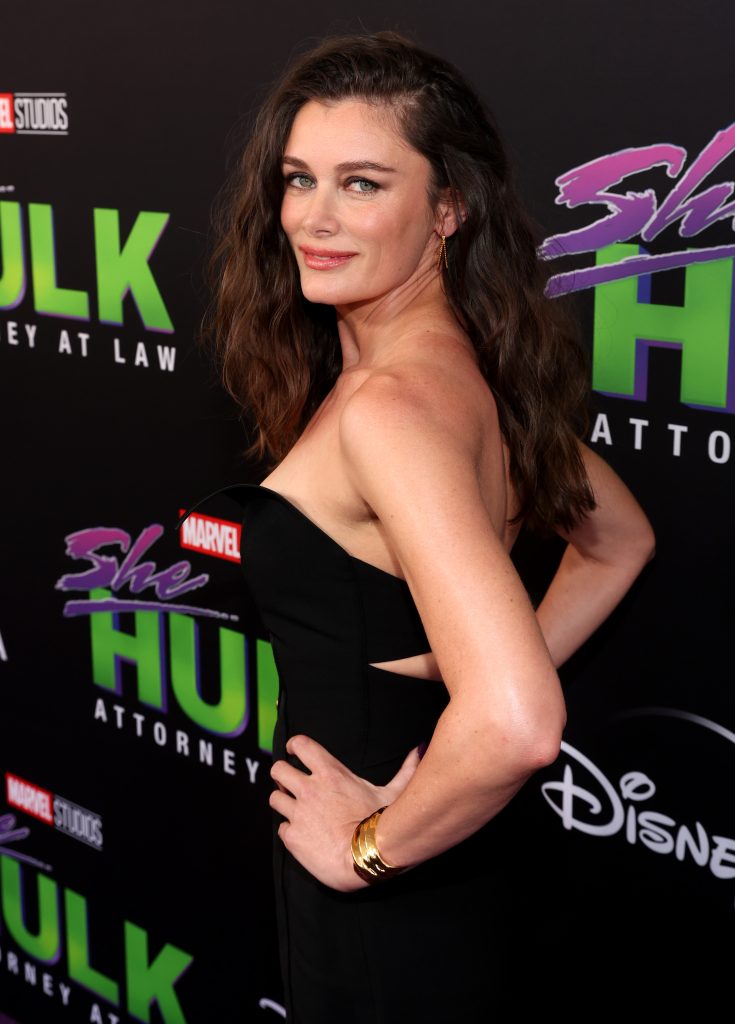 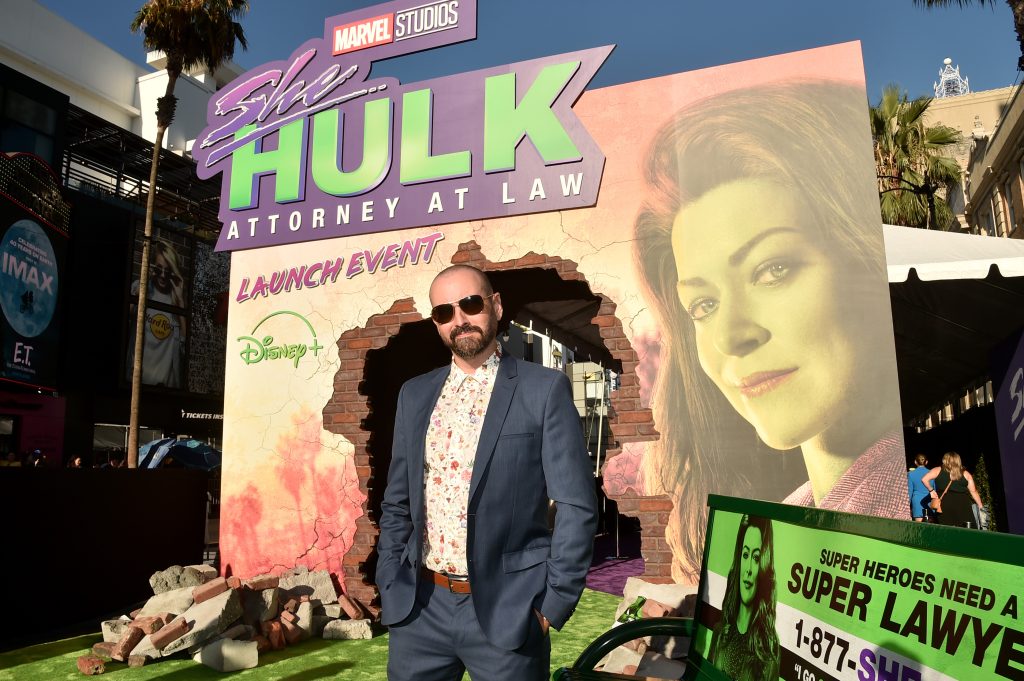 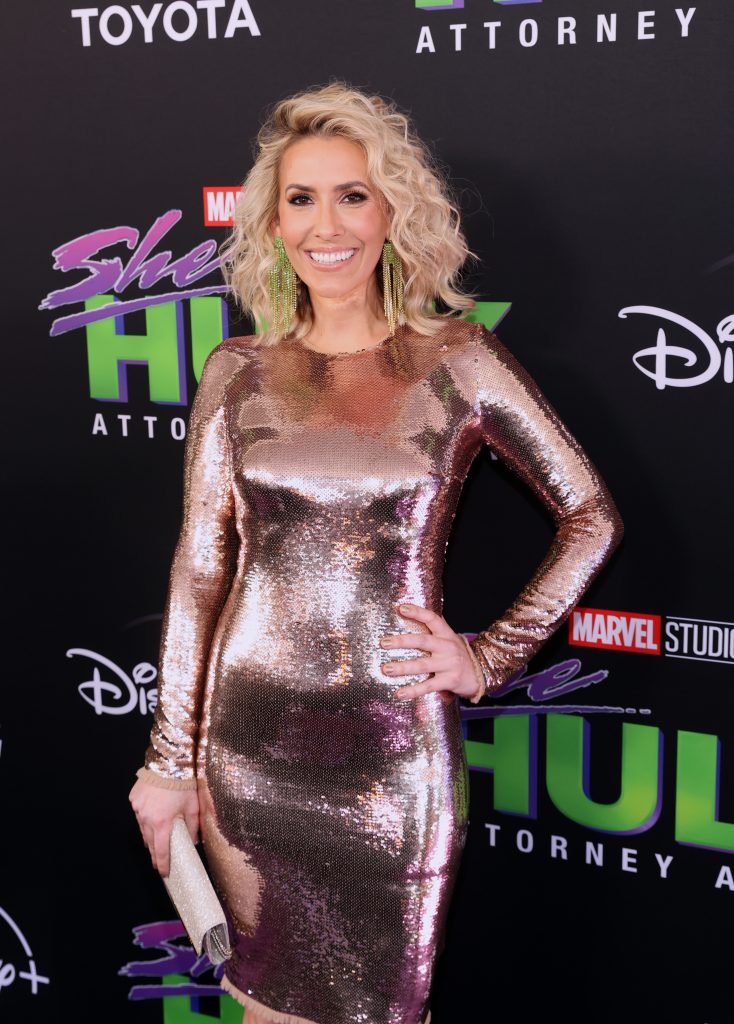 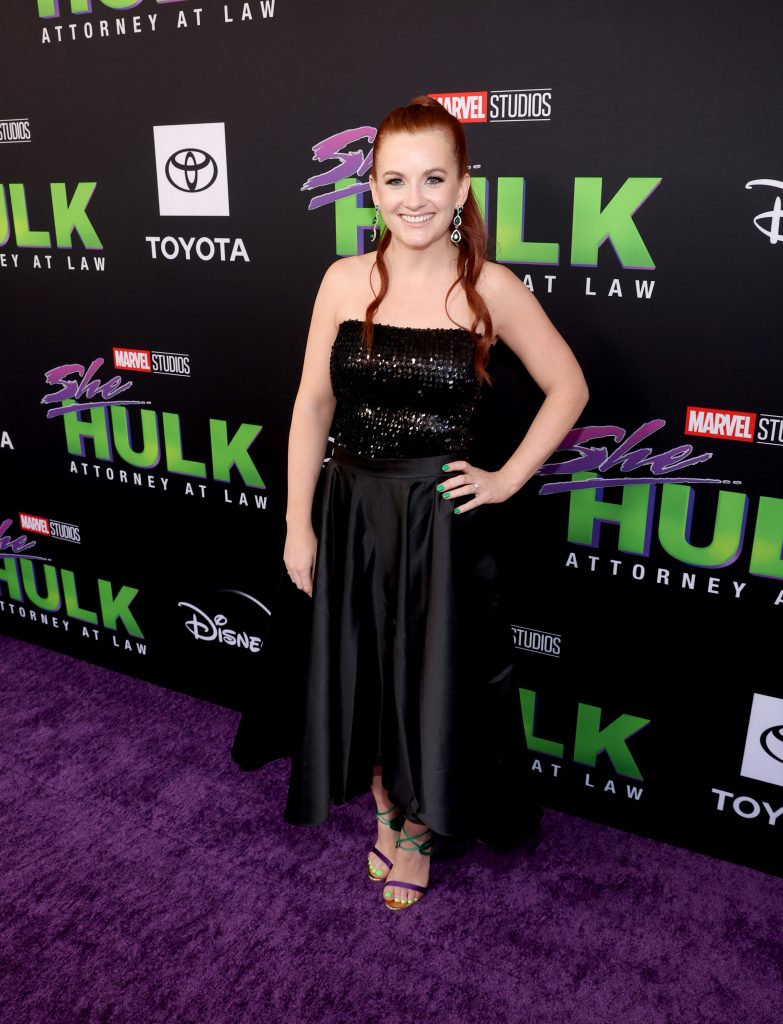 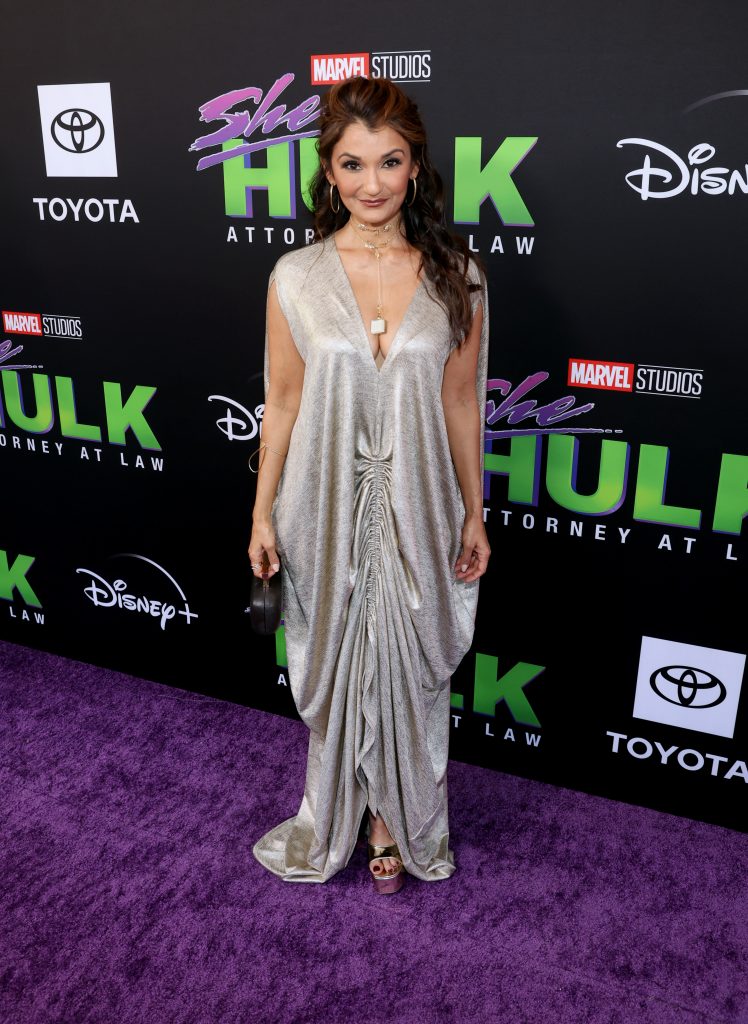