On Friday, August 10, D23 Gold and Gold Family Members gathered at The Walt Disney Studios to have lunch with the incomparable Disney Legend Jim Cora. 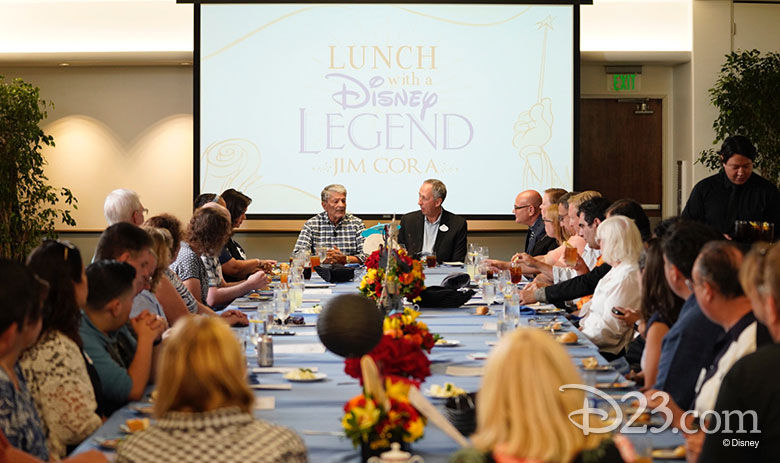 D23 Members arrived to a private room inside the Buena Vista Commissary that was enhanced for the occasion with decorations celebrating Jim’s historic involvement with Disney Resorts around the world—including Disneyland, Walt Disney World, Tokyo Disneyland, and Disneyland Paris. 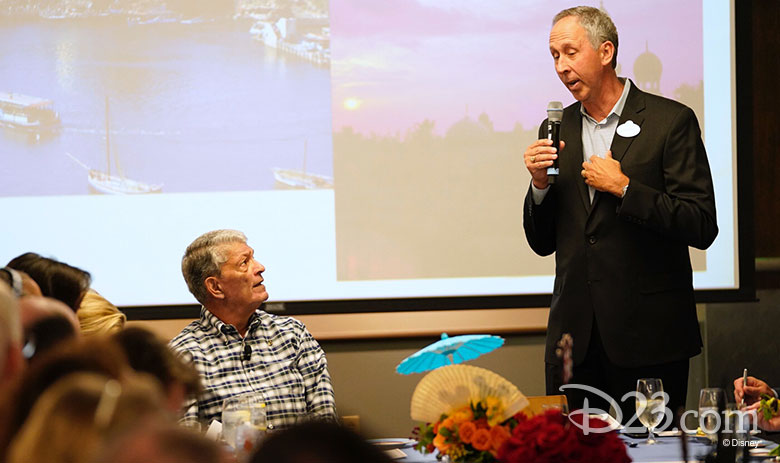 The event kicked off with a heartfelt tribute by Jim’s successor, Director of Disneyland International Scott Harris, who shared rare photos of Jim’s career and told stories about Jim’s humor and dedication to detail in Disney’s parks.

During a globally-inspired three-course meal, guests learned about Jim’s historic career, spanning the early days of Disneyland and working with Walt Disney himself to serving as Chairman of Disneyland International. 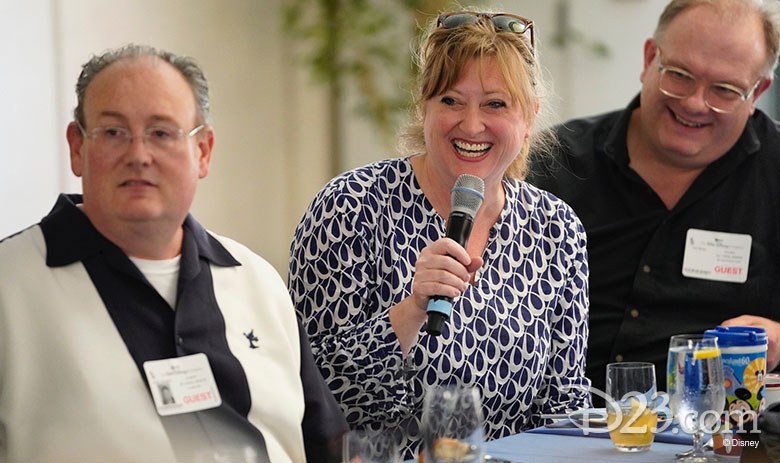 Guests of the luncheon were delighted to hear Jim’s behind-the-scenes stories about the debut of Walt Disney’s Enchanted Tiki Room 55 years ago and the openings of favorite parks like Disneyland Paris, Tokyo Disneyland, and Disneyland Paris. They were even able to ask some questions of their own, such as what is Jim’s favorite Disney theme park? Tokyo DisneySea, of course! 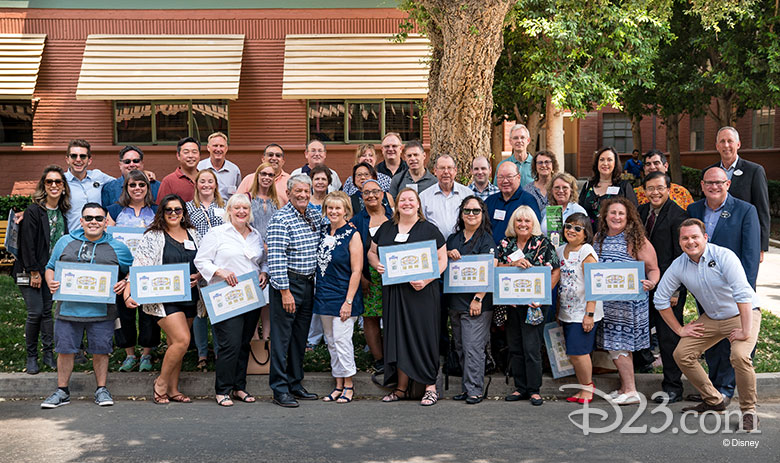 At the conclusion of the lunch, guests received a beautiful autographed illustration of three of Jim’s Main Street windows, as he’s one of the few Disney Legends to have been honored with multiple windows around the world! The group then headed to the Legends Plaza to take a photo with our guest of honor, and his plaque!