The holiday season is upon us, and you won’t want to miss all the specular titles coming to your TV (or favorite streaming device) this weekend! The fifth season of the Hulu Original series The Croods: Family Tree debuts Friday on the streamer. On Saturday, a brand-new episode of Hamster & Gretel airs on Disney Channel. Plus, Mickey Saves Christmas, Olaf’s Frozen Adventure, and The Wonderful World of Disney: Magical Holiday Celebration air back-to-back-to-back Sunday night on ABC! 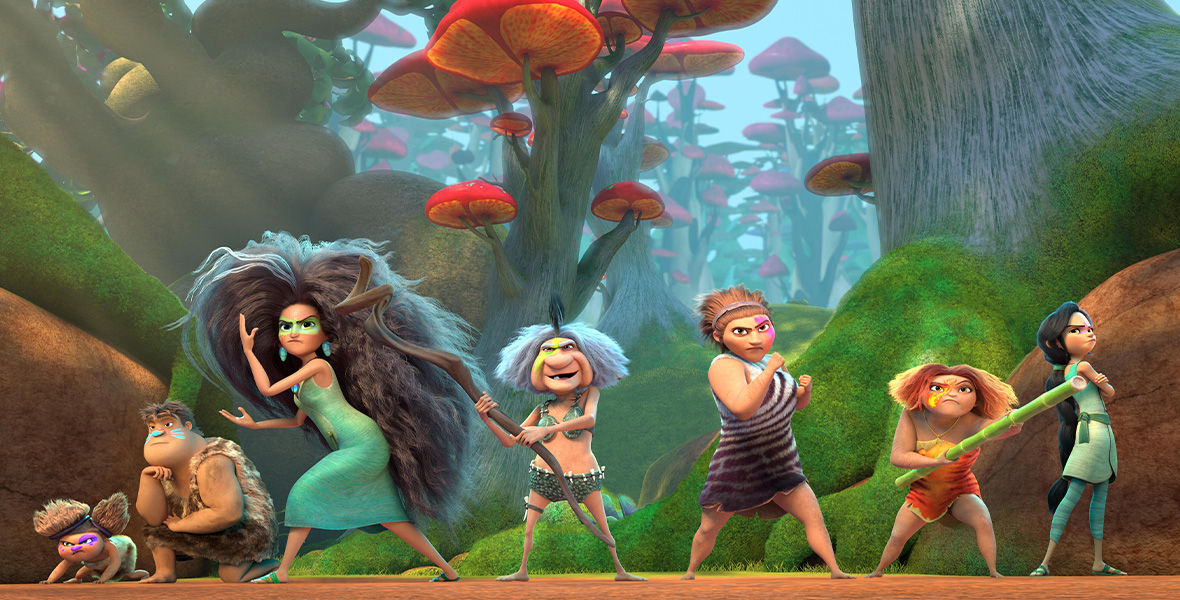 The Croods: Family Tree—Friday, November 25, on Hulu
Season 5 of the animated series is jam-packed with action and hysterical twists! The Croods discover a man frozen in a block of ice, and upon defrosting they soon realize he used to date Gran (voiced by Artemis Pebdani). Elsewhere, after Grug (voiced by Kiff Vanderheuvel) saves Hope (voiced by Amy Rosoff) during a dangerous mountainside tartichoke harvest, she becomes determined to repay the favor. And last but not least, Ugga (voiced by Amy Landecker) decides to cook a meal that will dazzle the farm residents, but quickly finds herself overwhelmed and turning to an unlikely place for help. All episodes are available to stream at launch. 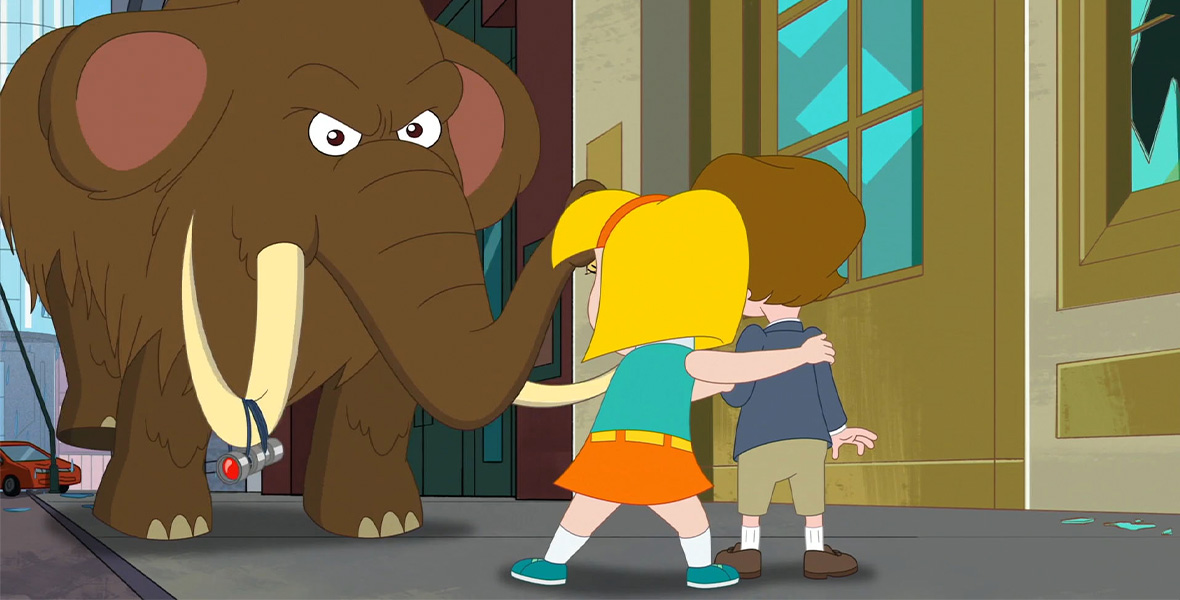 Hamster & Gretel—Saturday, November 26, at 9:30 a.m. ET/PT on Disney Channel
This brand-new episode is chock-full of hilarious hijinks and follows Gretel (voiced by Meli Povenmire) as she creates a science project that reaches mammoth proportions. Will her superpowers be enough to take on the prehistoric creature? Elsewhere, spooky occurrences start to happen when the elementary school begins rehearsals for an upcoming play. 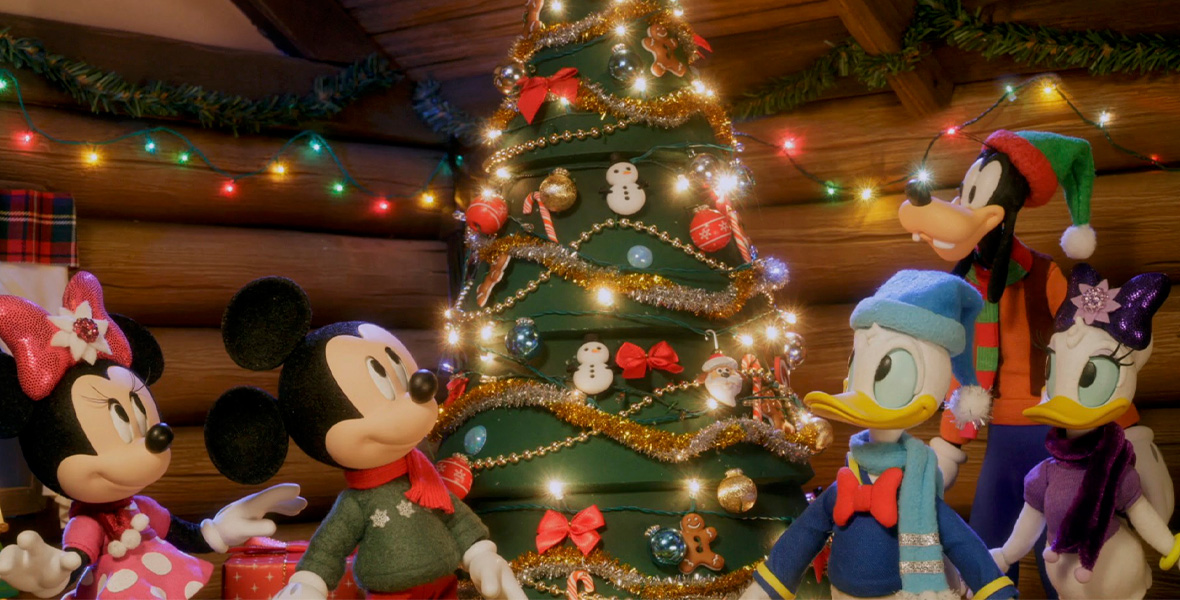 Mickey Saves Christmas—Sunday, November 27, at 7 p.m. ET/PT on ABC, Disney Channel, Disney Junior, and Disney XD
The brand-new stop-motion holiday special follows Mickey Mouse (voiced by Bret Iwan), Minnie Mouse (voiced by Kaitlyn Robrock), and their pals as they attempt to celebrate the perfect Christmas at their snowy cabin. However, when Pluto (voiced by Disney Legend Bill Farmer) causes Santa (voiced by Brock Powell) to lose all the presents on his sleigh, the pals travel to the North Pole on a quest to save Christmas and find the true meaning of the holiday. The special will simulcast across ABC, Disney Channel, Disney Junior, and Disney XD, and be available to stream the following day on Disney+. 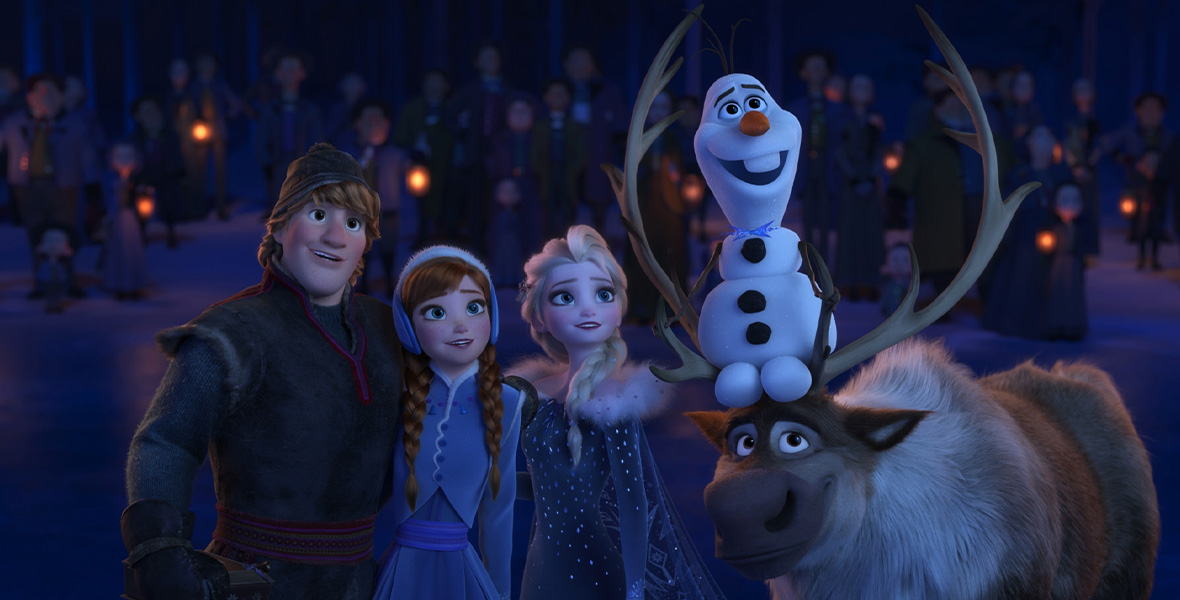 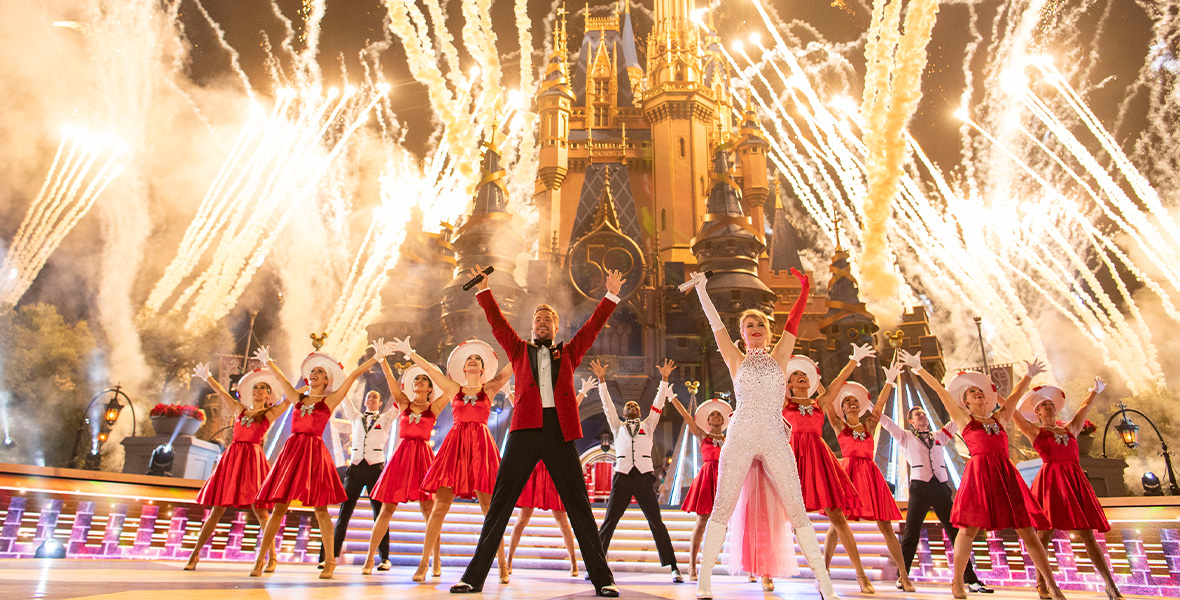 The Wonderful World of Disney: Magical Holiday Celebration—Sunday, November 27, at 8 p.m. ET/PT on ABC
It’s time to deck the halls with holiday cheer! Derek Hough and Julianne Hough return as hosts for the spectacular event filmed at both Disneyland Resort and Walt Disney World Resort. Don’t miss festive show-stopping musical performances by Derek and Julianne, and superstars Jordin Sparks, Maren Morris, Run DMC, Black Eyed Peas, and Meghan Trainor—to name a few. Plus, see a sneak peek of 20th Century Studios’ Avatar: The Way of Water, and a magical musical performance from aboard the Disney Wish.