Home / News / Headlines / The Mysterious Benedict Society Cast Clues Us in on What to ...

The Mysterious Benedict Society certainly lives up to its title in Season 2.

In the first episode, “A Perilous Journey,” Mr. Benedict (Tony Hale) and Number Two (Kristen Schaal) set up a scavenger hunt across Europe to bring Constance Contraire (Marta Kessler), Kate Wetherall (Emmy DeOliveira), Reynie Muldoon (Mystic Inscho), and George “Sticky” Washington (Seth Carr) back together for a globe-trotting adventure. However, things veer off course when Mr. Benedict’s evil twin brother, Dr. L.D. Curtain (Hale), kidnaps him and Number Two—leaving the four kids to piece together the riddles and clues in order to rescue them. “The only clues to their whereabouts lie within the scavenger hunt,” executive producer Matt Manfredi tells D23. “What was meant to be a joyous thing becomes the key to rescuing Benedict and Number Two.”

Based on the second book in Trenton Lee Stewart’s novel series, Season 2 honors the original story while also expanding it to give each character more time to shine. “For example, in the book, Curtain kidnaps Benedict, but you don’t spend much time with them,” says executive producer Todd Slavkin. “But we have Tony Hale playing our two favorite characters—these two brothers who have been through so much. There’s so much resentment and love, and we get to explore those stories in a very organic way that doesn’t feel forced. It’s incredible what Tony is able to do with his costumes, with his voice, with his body movements; you really forget that this is the same actor.”

Following the events of the Season 1 finale, in which Constance, Kate, Reynie, and “Sticky” foiled Curtain’s nefarious plans to control the world via a device called The Whisperer, they have “earned a little respite and a little success,” executive producer Phil Hay says. “At the start of Season 2, we see them each in their own world—and it is their own world. Kate’s with her father on a farm; ‘Sticky’ is at Boatright Academy, crushing it as the No. 1 student; and Reynie is with Ms. Perumal [Gia Sandhu], having the family he always wanted. They’ve had this sense of victory, but as we quickly learn, their victories from last season were completely steamrolled by Curtain, who has somehow turned the tables and claimed that he’s the hero of the story. And everyone believes him! In a way, the kids are fulfilled and satisfied, but they also really miss each other. The kids are yearning to get back together, and Mr. Benedict gives them the opportunity to do that with a scavenger hunt—which becomes a mission to save him.” 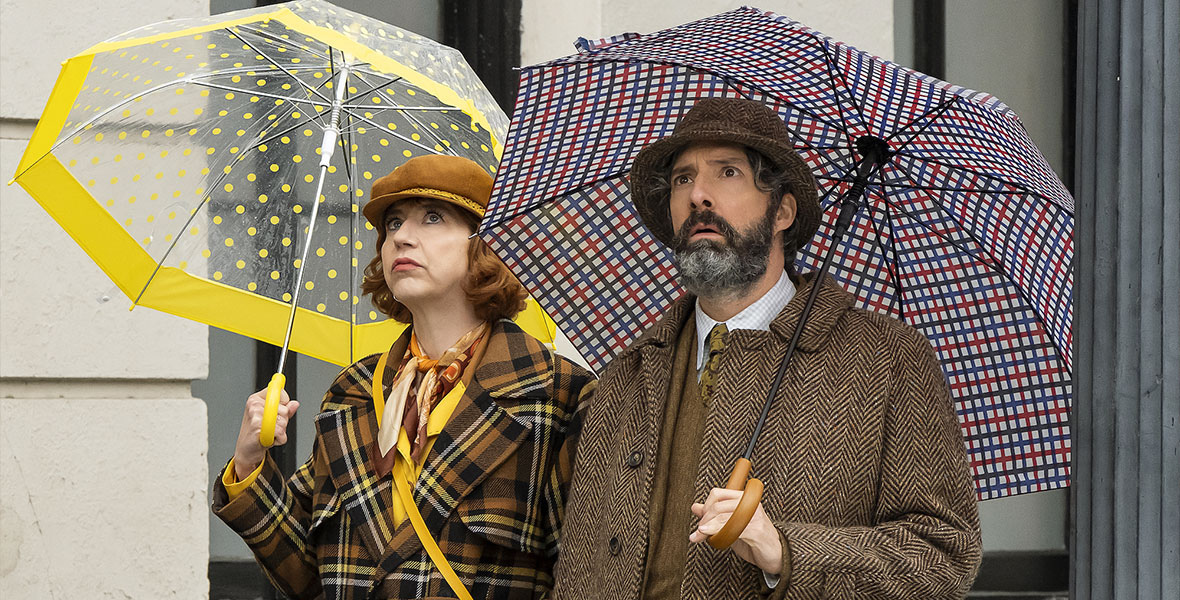 According to Hale, the kidnapping “definitely throws a wrench” into Mr. Benedict’s reunion plans. “We don’t know what’s going on,” he tells D23, “but I think the big shock for all of us is that the guy we ousted in Season 1 all of a sudden reinvents himself as a self-help guru who sells happiness. We’re like, ‘What’s going on right now?’ There’s this really beautiful message about happiness, about the difference between a quick fix and authentic joy, which is what Benedict represents in a full spectrum of emotions. Often, those are emotions Curtain doesn’t even want to feel.”

“For Ms. Perumal, you really see her beyond her job title of teacher,” Sandhu adds. “She’s primarily interacting with other adults, and as they embark on this adventure, they face sorts of obstacles. She ends up surprising Milligan and Rhonda [MaameYaa Boafo] with how resourceful she is, with her ability to navigate danger. In that process, she also ends up surprising herself. So, there’s a lot more than meets the eye with her.”

Like Reynie, “Sticky” is more self-assured in Season 2. “Fans are used to seeing ‘Sticky’ being laid-back, because the other kids were always on edge about not knowing what’s going to happen,” Carr says. “This season, fans will see ‘Sticky’ feeling more confident. He definitely takes a turn in terms of how he holds himself as a person.” 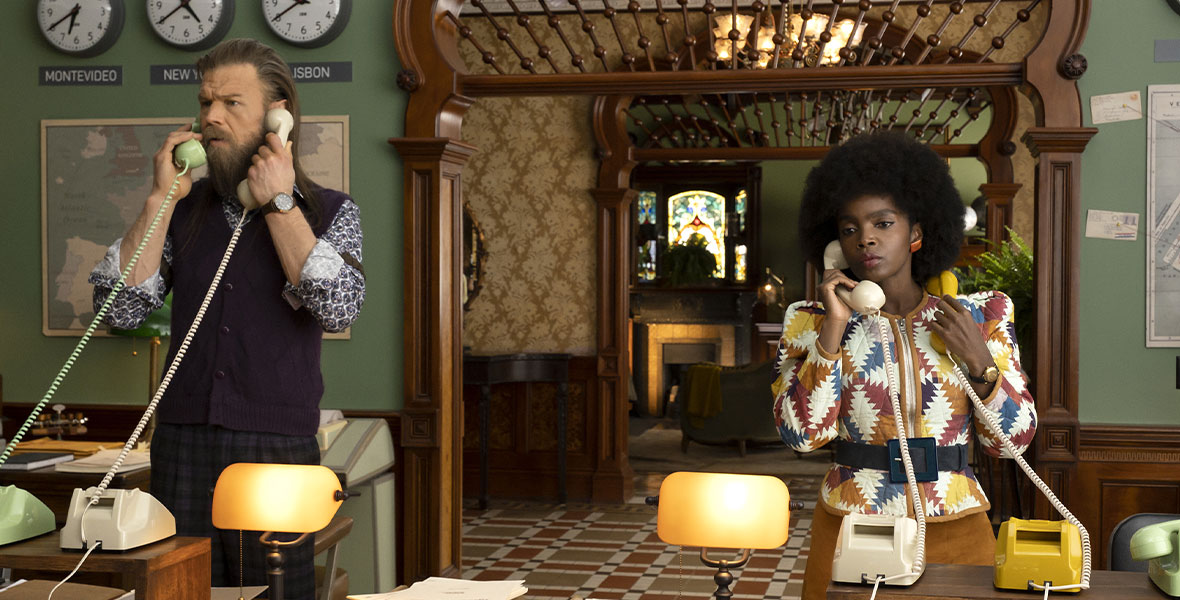 Marta, meanwhile, will go through some “really unexpected changes” in Season 2, according to Kessler—who is careful not to say too much. With Mr. Benedict and Number Two M.I.A., Rhonda is now in charge of her. “With Constance being who she is, it takes a lot of time for her to build trust with Rhonda,” Boafo says. “But there’s a maternal, nurturing aspect to Rhonda, and you’ll see her develop relationships with some of the other kids. Last season, it was her, Mr. Benedict, and Number Two—the three of them. Although she’s lost her other two, she gains a new trio in Milligan [Ryan Hurst] and Ms. Perumal. But being put into a new position means new responsibilities.”

Speaking of Milligan, the recent revelation of his connection to Kate leads to some awkward moments for the father-daughter duo. “They never really had relationships like this before,” DeOliveira says. “Kate doesn’t even remember having a dad—and he doesn’t remember being a dad. So, it’s kind of new for them. It’s really fun to film scenes where something awkward is happening. It’s like they don’t really know how to talk to each other or to how to interact. It’s a pretty interesting dynamic.” Echoing that sentiment, Hurst adds, “Bits of Milligan’s memory are coming back, but along with that comes this reminder that he is a parent—that he wasa parent. Not only must he learn how to function again as a human being, but now he must learn how to function as a father.”

With the first two episodes from Season 2 of The Mysterious Benedict Society now streaming on Disney+, the series’ creative team is excited for fans to join the characters on their cosmopolitan adventures. “Having the four kids embark on their own journey, away from the adults, and break the rules a little bit was really inspiring to us,” executive producer Darren Swimmer says. “It’s just the four of them against the world.”