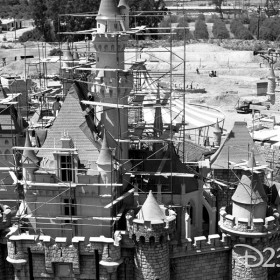 There was no groundbreaking ceremony for Disneyland. Construction began on July 21, 1954, when the first trees were removed, and progressed right up until the opening of the park on July 17, 1955. So, a few days less than a year. 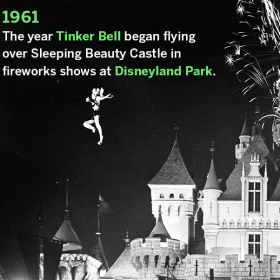