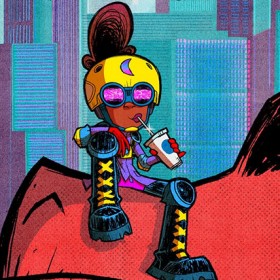 The show is based on the hit Marvel comic books,…