It’s time to return to the fantastical land of Andowyne. From Lucasfilm comes Willow, an all-new series based on Disney Legend George Lucas’ 1988 fantasy-adventure film of the same name. A continuation of the original story, the series picks up 20 years after the events of the film as the aspiring sorcerer Willow (Warwick Davis) is called upon to embark on another epic journey with an unlikely band of heroes to save their world from evil forces. Below is everything you need to know before you dive into the new series, streaming Wednesday, November 30, on Disney+. 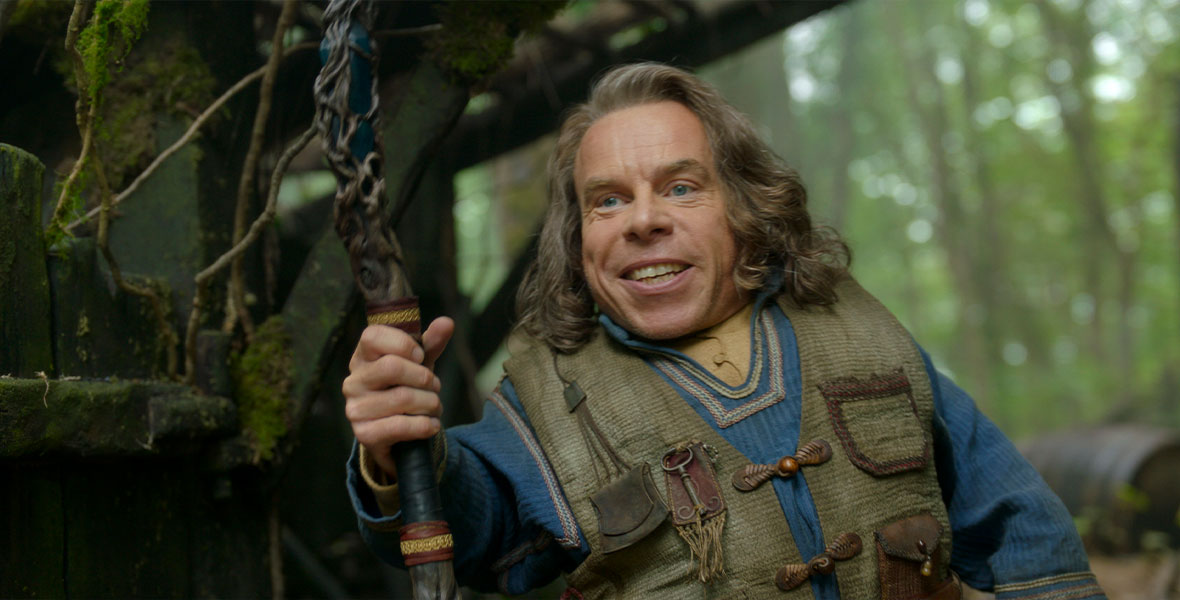 Willow Ufgood (Warwick Davis)
Davis returns as the aspiring sorcerer Willow Ufgood, who embarked on a harrowing journey to protect infant empress Elora Danan and save Andowyne from the evil Queen Bavmorda. Now, Willow is the High Aldwyn of the Nelwyn people, and still dining out on his success. Davis, who originally portrayed Willow when he was 17 years old, says he has an all-new perspective returning to the character decades later.

“You become more experienced, more worldly, and as an actor, you become better at what you do,” Davis explains. “So, all those things added really give the character a lot more weight, and he certainly carries a lot more emotional weight in the series. Looking back at the movie, that was easy compared to what we must deal with in the series. So, for me, it was a really rewarding experience coming back to this character.” 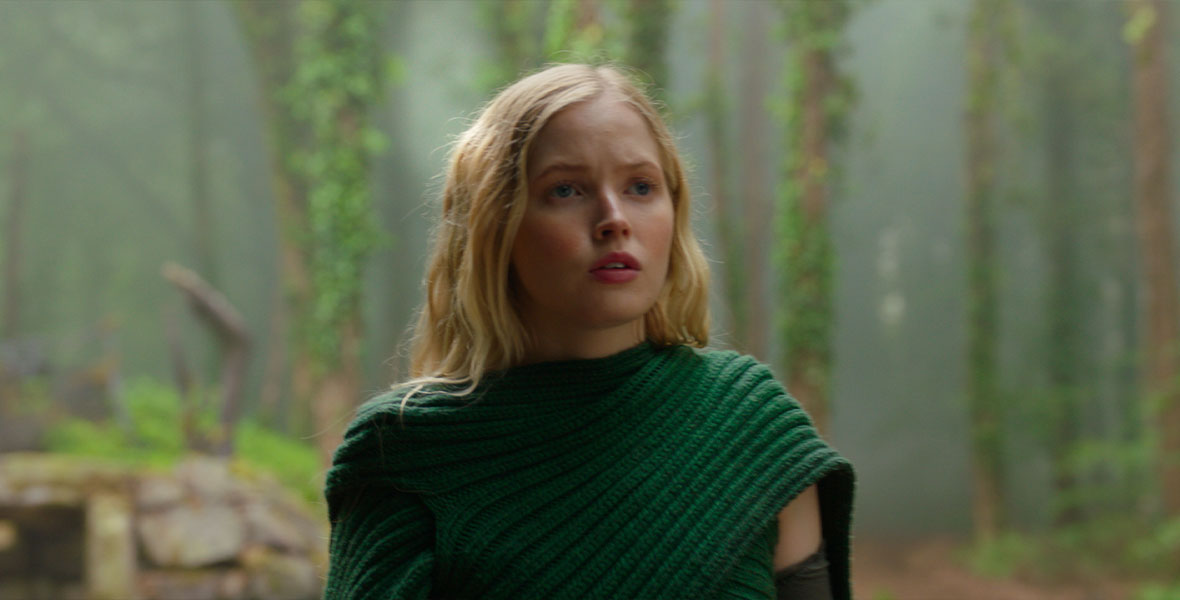 Dove (Ellie Bamber)
Actress Ellie Bamber portrays Dove, an innocent and naïve—but also tenacious and resourceful—kitchen maid who works in the castle at Tir Asleen. “Dove is a young woman who has not had a lot of advantages in her upbringing,” executive producer Ron Howard explains. “She works in the kitchen just to get by, but there is a yearning, a sense that she hasn’t found herself yet. And other people can kind of feel that about her as well. During the series, we learn a lot about her, and some things are revealed that are quite surprising but also really propel the story forward in this search to face a new evil and the new level of danger.”

Adds Bamber, “She has a lot of stuff figured out internally, but she still has so much more to figure out, and one day, with the help of all the others, will figure out a way to save the world. And I love the fact that it is something they must do together, because they can’t do it without each other.” 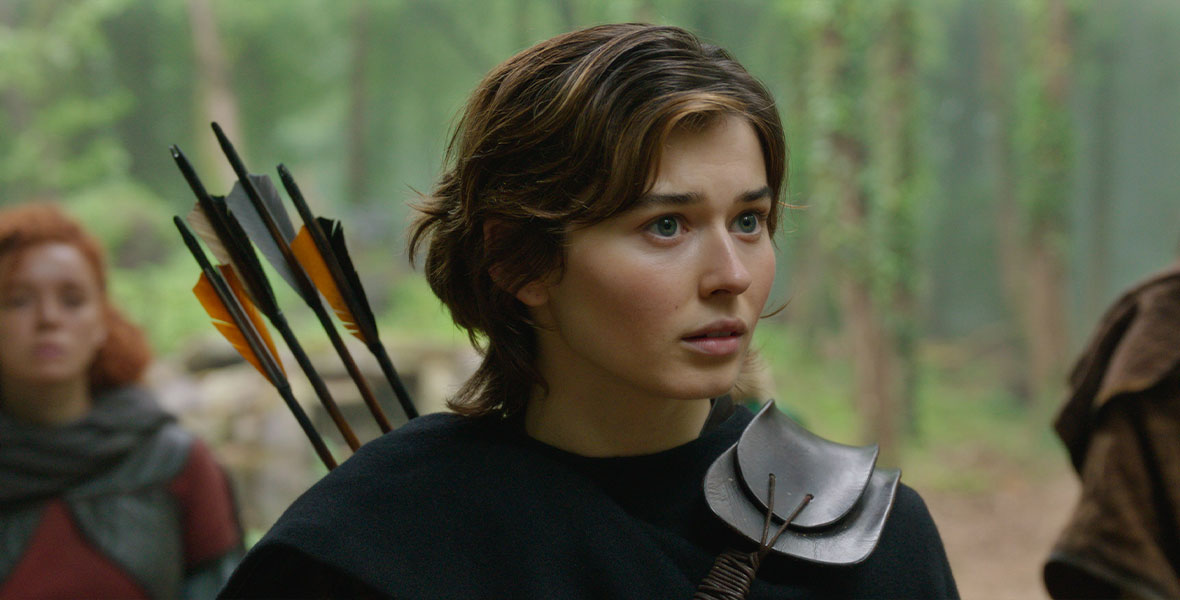 Kit (Ruby Cruz)
Kit is portrayed by actress Ruby Cruz. During the series, viewers will watch the spirited and willful young princess be faced with many difficult choices. Unfortunately, she thinks she is more resilient than she is and knows more than she does.

“I think at the core of it, she is just trying to figure out who she is,” says Cruz. “At the beginning of the series, she thinks she has a strong sense of who she is, but that’s all broken down. She is stripped of her identity and a lot of her ego that has been holding her back, and she finally learns she’s not the only person in the world.” 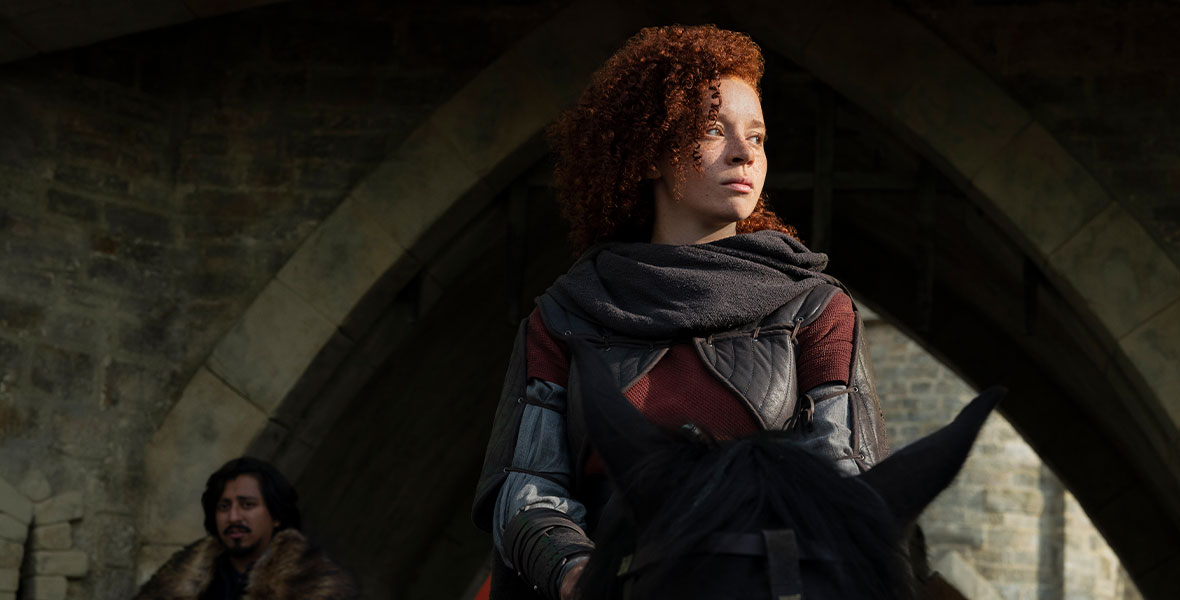 Jade (Erin Kellyman)
Actress Erin Kellyman portrays Jade, who works in the stables at the castle in Tir Asleen. She’s a good-natured, trustworthy, and accomplished swordswoman who dreams of becoming a knight of the Shining Legion.

“I think Jade been the character that I’ve put the most work into,” Kellyman says. “Me and [executive producer and writer] Jon [Kasdan] had the time to really go back into her past, [which helped me] understand her a bit more. I really can’t wait for people to see her.” 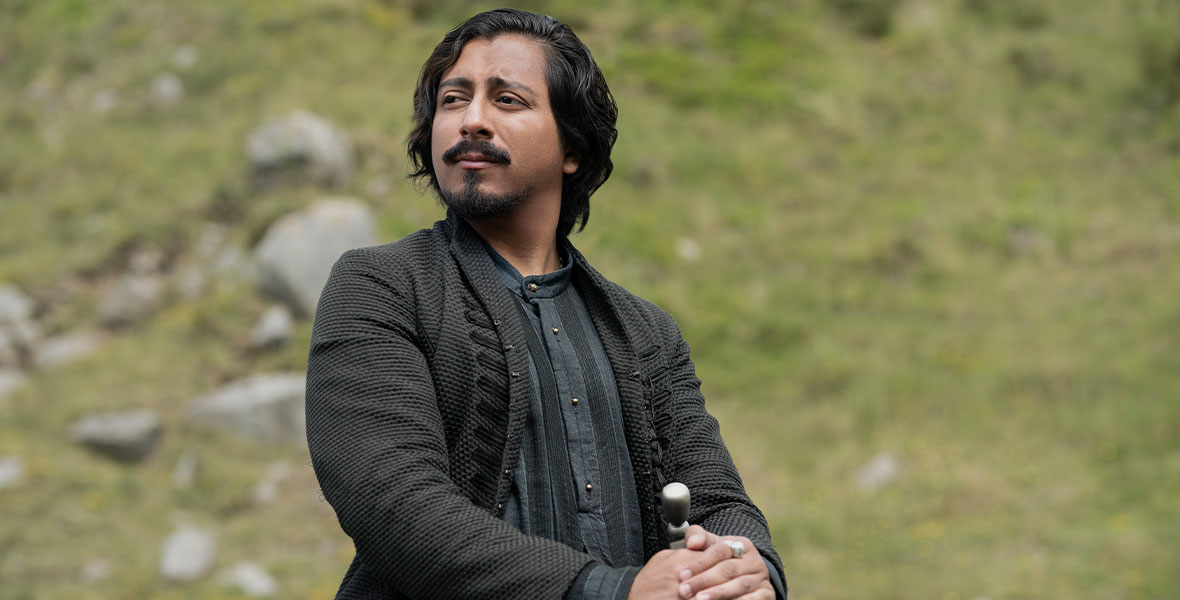 Graydon (Tony Revolori)
Actor Tony Revolori plays the sensitive, timid, and fiercely intelligent Graydon. “He’s an off-balance, awkward guy who needs to go on this mission just to prove himself as worthy of greater responsibility in the realm,” Revolori says. 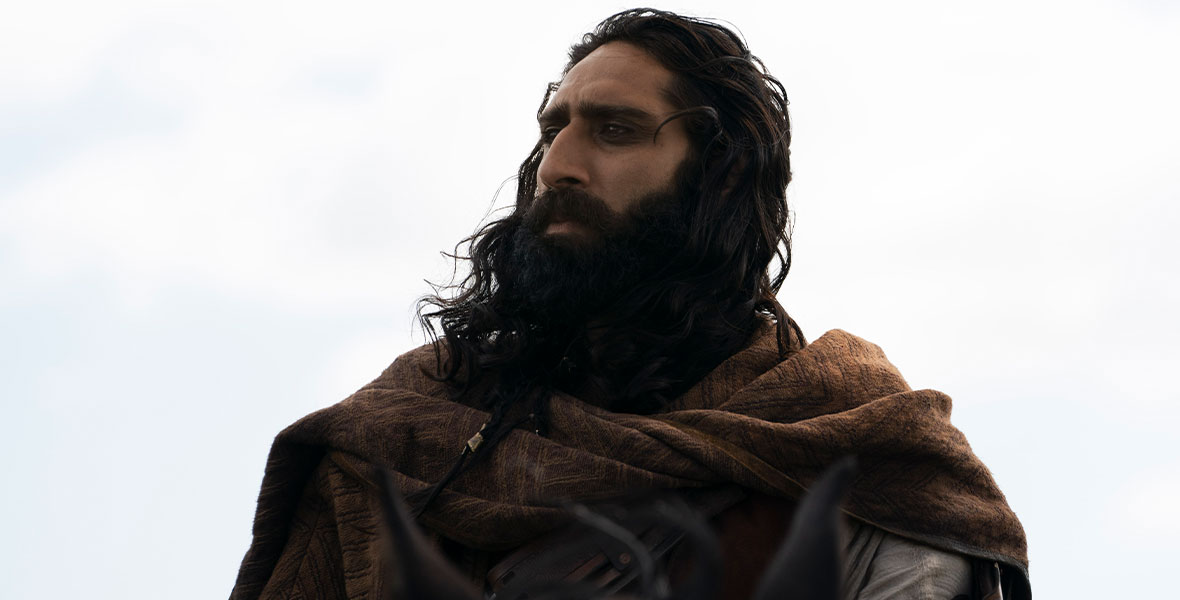 “Boorman is a rogue but very capable,” says Howard. “He’s got a lot of swagger, but he’s also a little full of it. Amar plays this character with such humor, and you believe that he has somehow navigated the world, stealing this and protecting that. Who knows how he has made it this far? But we start to understand the heart that beats underneath all of that. Amar brings some of what Val Kilmer brought to [the] Willow [film]—not just the swagger, but that ability to be both classic and mythic, and yet also hip, loose, and unpredictable.” 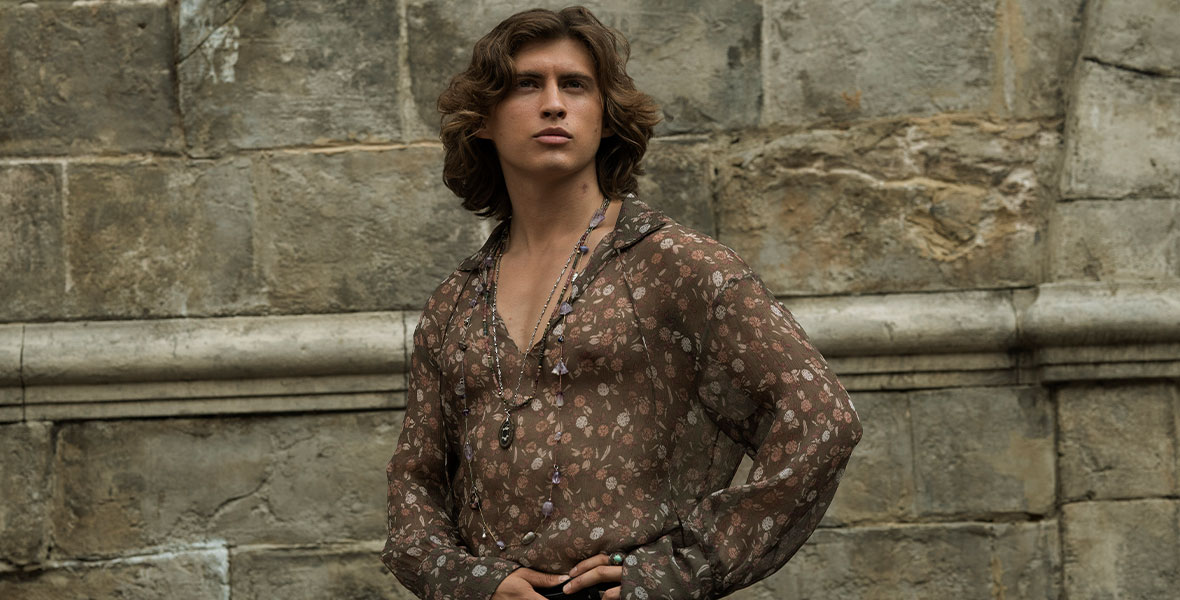 Prince Airk (Dempsey Bryk)
Actor Dempsey Bryk plays Airk, a confident and handsome prince, who is also Kit’s twin brother. While they frequently argue with each other, deep down they care for one another and will always defend each other.

“We knew we needed a contemporary version of a charming fairytale prince,” says Kasdan. “We met a lot of very proper British actors—you know, very manicured men—and then Dempsey, this fun Canadian kid, showed up in one of the tapes and was so original and fresh. We all knew we could not pass him up.” 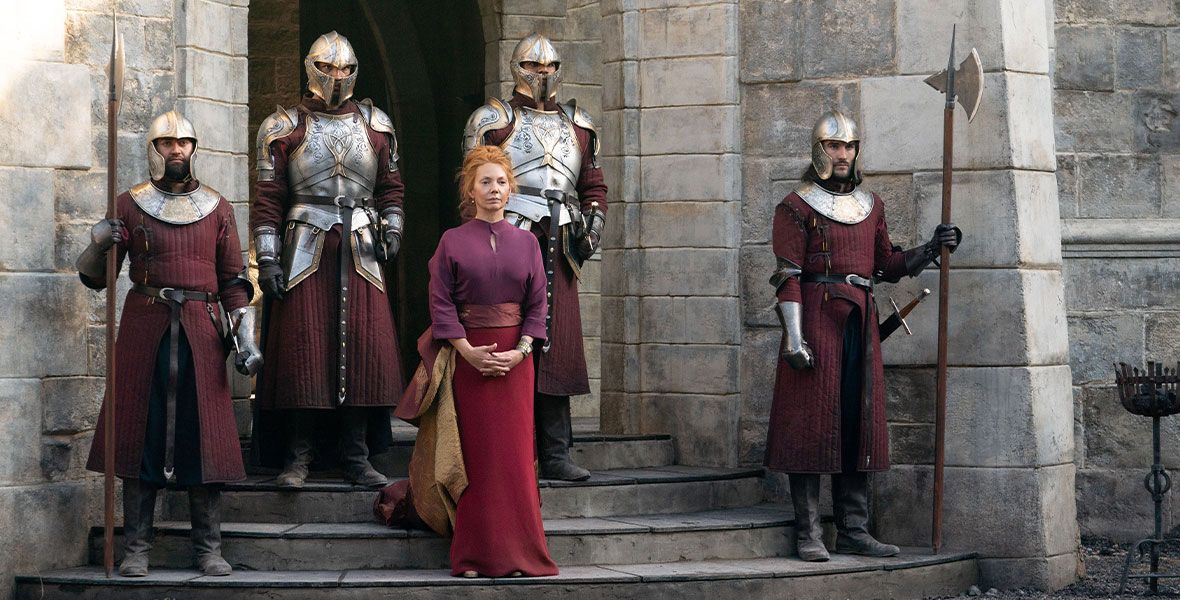 Sorsha (Joanne Whalley)
In addition to Davis, actress Joanne Whalley reprises her role as Sorsha. Now the Queen of Tir Asleen, Sorsha is known for her beauty and composure, but also her skills as a warrior and her insight into the strategies of warfare.

“When I got the role in the original film, I was overjoyed because it was such a great story and an opportunity to be a real heroine,” says Whalley. “Now, there are a lot of powerful female figures in cinema, but there were not that many at the time. Sorsha is fantastic because she’s just who she is. She is not trying to be anyone else, and she does everything that she loves, just as a matter of course. And so, I love the matter-of-factness of Sorsha. She is very real.”

Whalley adds, “I talked to Jon and Ron when the possibility of this came up, and the great thing is that they completely got her. What they came up with was an entirely natural progression. It feels entirely natural to be wielding my sword again and ordering people around, so nothing has changed, really—only the circumstances.”

Allagash (Christian Slater)
While Kilmer will not return as Madmartigan in the series, actor Christian Slater joins the cast as Allagash, a friend of the mercenary who will aid Willow’s band of warriors on their journey.

“We added this texture of a friend of Madmartigan’s who could give us some clues about his whereabouts and deepen the mystery around what happened to him in a way that only extended the story we were telling,” says Kasdan. “It was very satisfying, and it provided an opportunity for us to add a whole new element that we didn’t expect to the show.”