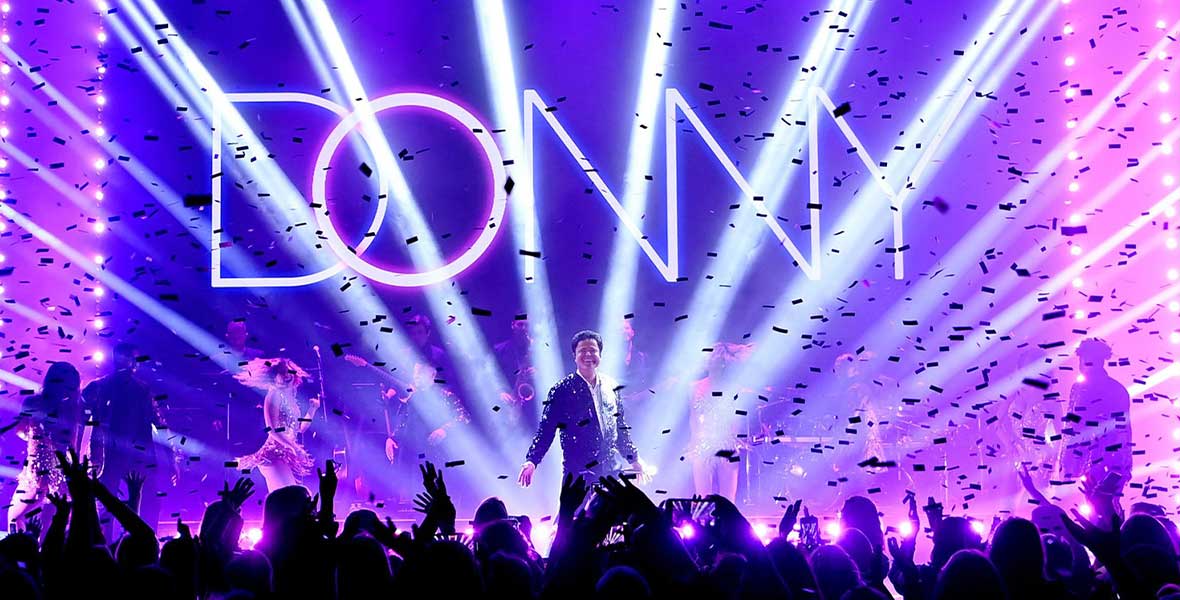 In an unprecedented and history-making deal, Donny Osmond headlines his first-ever solo residency at Harrah’s Las Vegas, marking a return to the Las Vegas Strip after a record-setting 11-year run at Flamingo Las Vegas with his sister Marie. Fans are treated to an exciting party as Osmond performs his hits “Puppy Love,” “Soldier of Love,” his latest single “Who” as well as the fan favorite and showstopping “Auto-rap-ography”— a rap song accompanied by photos and videos of the milestones from his impressive career of six decades. He also does a full Broadway production of his classic Disney hit from Mulan, “I’ll Make a Man Out of You.” His show is a completely reimagined presentation that also includes an interactive segment where audience members can request any song he’s ever recorded!

D23 Members get 25% off tickets! Use code “DISNEY” at Ticketmaster.com/DonnyVegas