Celebrate Shanghai Disney Resort with D23: The Official Disney Fan Club and Walt Disney Imagineering, in our Magical Milestones series marking some of the biggest Disney Parks anniversaries in brand-new ways for Disney fans around the globe!

This exclusive virtual event will feature a grand gathering of Imagineers who will take us on a journey spanning everything from the park origins and history, to beautiful artwork and storytelling, to plenty of behind-the-scenes stories that will let us meet some of the fascinating people who bring our favorite places to life.

But the journey is just beginning as we’ll look at the first five years and into the future—from Disney·Pixar Toy Story Land, to incredible entertainment that includes the new Mickey’s Storybook Adventure and nighttime spectacular Illuminate!—all culminating in the extraordinary fifth anniversary celebration! Plus, D23 Members will get a special sneak peek at the all-new Zootopia-themed land coming soon!

All Disney Parks fans are in for quite a treat as they get to hear directly from an all-star roster of creative talent from around the world, including:

DETAILS
Be sure to register using one of the links above, where you will be given a unique access code to watch this special panel that will premiere Wednesday, June 16, at 4 p.m. PT and will be available until Friday, July 9, at 11:45 p.m. PT.

Upon registration, you will be sent a confirmation email with online viewing instructions, including your personal link and access code. 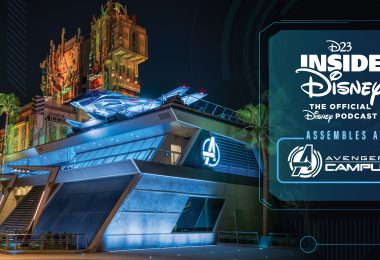