Members of D23: The Official Disney Fan Club are invited to start working on their roar in honor of Disney’s THE LION KING on Broadway, for a weekend performance celebrating the 25th anniversary of the most successful musical in history in New York City!

For this evening performance at the Minskoff Theatre, D23 is offering a limited number of premium tickets for seats in Front Orchestra and Front Mezzanine; a beverage and delicious snack; and a D23-exclusive commemorative pin. After the show, D23 Members will be able to stay behind for an exclusive talk with cast and creatives from 25 years of this Broadway sensation! This is an event you don’t want to miss! 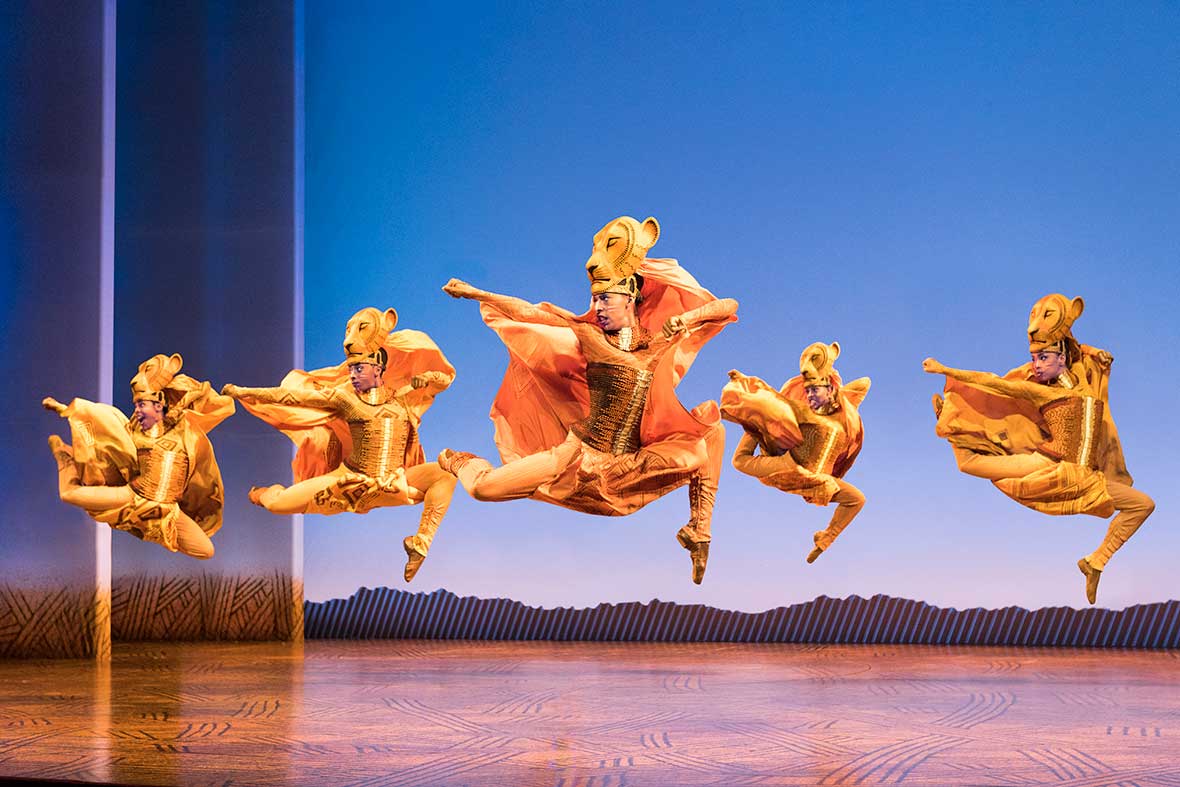 ABOUT THE LION KING:
For 25 landmark years on Broadway, The Lion King continues ascendant as one of the most popular stage musicals in the world. Since its premiere on November 13, 1997, 25 global productions have been seen by nearly 110 million people. Produced by Disney Theatrical Productions (under the direction of Thomas Schumacher), The Lion King has made theatrical history with two productions worldwide running 15 or more years and four others running 20 or more years. In the history of Broadway, only two productions have run longer.

PLEASE BE ADVISED: Guests who wish to enter the Minskoff Theatre will be required to follow the policies outlined herein. Masks are optional for all guests. The Lion King is intended for guests 6 and up. All guests must have a ticket.

NOTES
All sales final. No exchanges or refunds. Block-out dates and other restrictions may apply. Dates, times, prices, and cast subject to change without notice. Offer may be revoked without notice. All prices include $2.00 facility fee. Tickets must be purchased by November 10, 2022.

PLEASE BE ADVISED: Filming, photography, and other recording will take place at Minskoff Theatre during the event you will be attending. By entering the premises, you irrevocably consent to and authorize Disney Worldwide Services, Inc., its affiliates, successors, and assigns (collectively “Disney”), to photograph you, make sound recordings of you, and use such photographs and recordings throughout the world, for any purpose whatsoever in perpetuity, including, but not limited to, television broadcasts and home entertainment products, including, but not limited to, home video and DVD. All such photographs and sound recordings will be the sole property of Disney.

Members of D23: The Official Disney Fan Club are invited to start working on their roar in honor of Disney’s THE LION KING on Broadway for a weekend performance celebrating the 25th anniversary of the most successful musical in history in New York City!