Nix, who created the series for Disney+, brought his own adorable pooch Ali to the carpet: “As you can see, I’m a dog person,” he tells D23, chuckling. Asked about what drew him to this project, Nix explains, “[The 1989 version] was an iconic film when I was younger. And I really wanted to do something that the entire family could watch, and I saw potential for that here.” By nature, the series—which already had an unusual challenge in that it was produced during 2020 pandemic lockdowns—also features another kind of noteworthy, albeit adorable, variable: dogs! And one of Nix’s favorite memories from production stands out for just that reason. “Seeing Josh Peck get jumped on by the dog in the doorway, when he first arrives—you see a scene like that and you think, ‘Oh, this is exactly what I pictured in my head, only way better.’ Seeing Josh [interact] with the dogs was just magical. But also, seeing everybody come together—from the auditions to the [screening] tests to production—we just had a pretty magical time.”

Fonseca, who portrays Scott’s sister, single mom Laura, was drawn to the series from the jump. “I love that it honors the film in so many ways, but we’re really telling a totally different story,” she explains. “So I was really on board with that. I like that Josh’s character and my character, as the [Turner] ‘kids,’ we have our own lives; we are the next generation. And [my character] has a kid on the show, so there’s a third generation. So we’re telling a different story while honoring the film.” And what about all those animals they have on set? After all, her character is a vet assistant… “I’m not so comfortable with birds,” Fonseca admits. “We had a bird [on set] one day, and they have a mind of their own—and every time I’d be on the phone in a scene, the bird would move and I’d freak out. I’m sure there’ll be some good outtakes from my day with that bird.”

On the same token—VelJohnson, who played Hanks’ detective partner in the ’89 film—won’t ever forget his time with the original Hooch, nor the fact that he gets the chance to revisit the world of that production in such a fun new way. “I was a lot younger the first time,” the veteran actor (Family Matters, Die Hard) jokes. “So getting around and doing [the more active moves] was kind of tough. But after that, coming back in and dealing with Hooch—and all the dogs—was special. I really enjoyed them.” He chuckles, adding, “I just remember them slobbering down my shoulder, but other than that, they’re very sweet to work with.” In fact, he explains, “I think people are gonna fall in love with Hooch… it’s a very special breed of dog; I think everyone’s gonna want their own Hooch.” As for Ruivivar, his character, Chief Mendez, isn’t too keen on dogs… at least, you might not think so initially. “The Chief [and Hooch] definitely have a love/hate relationship,” he admits. “I’m the guy that’s super stern, but I probably give him snacks late at night. He does wind up having a soft spot for that dog. I mean, his job is to run a tight ship, and there’s no place for this big, slobbery dog to come in and mess things up. But at the end of the day, Hooch begins to respect the chief, because he can see the chief comes from a good place.”

“I’m a huge Disney fan” says Lengies, costarring as Erica, Scott’s love interest and the head of the U.S. Marshals dog training program. “I grew up in the ’90s and watched every Disney movie they made; I watched them incessantly, over and over again. And Disney+ really got me through quarantine… I think there’s something [special] that we captured in Turner & Hooch—it has a sweetness like the Disney movies of the ’90s have, and there’s so much heart and family and comedy and action—there’s something about those movies that we really captured in this series.”

“This might be the best job ever,” admits Tobin, who portrays Brooke, Scott’s ex-girlfriend and a local prosecutor. “The script is so funny, everyone involved is incredible—it feels like I’m spoiled to death.” McLaren, who plays Xavier, a marine- turned-Marshal and Scott’s co-worker, concurs. “I hope that audiences can sense how much fun we had making [the series],” he says, “because we really did. And it’s one of those shows where [audiences can] dig into the action, love the hot comedy—and you’ll also maybe shed a tear, because it’s a little emotional.”

When it comes to the show’s star, Peck is legitimately excited for audiences to finally join him for a proverbial ride-along… with Hooch in the passenger seat, of course. “I just feel like everything Disney+ is doing, but specifically this show, is something you can watch with your whole family, that no one’s compromising [with]—and then when you finish it, you feel great. My wife and I have watched too many ‘true crime’ documentaries lately where we’re like, terrified after,” he says, chuckling. “And Turner & Hooch is the kind of show where everyone gets something out of it and just feels great after… in doing this show, and knowing we’re gonna ‘get a bad guy’ every week; there’s gonna be ‘rom-com’ love triangle elements; there’s gonna be broad comedy; cute animals—this series just covers it all.”

Disney+’s Turner & Hooch begins streaming on Wednesday, July 21. Take a peek at a few more photos from the premiere, below: 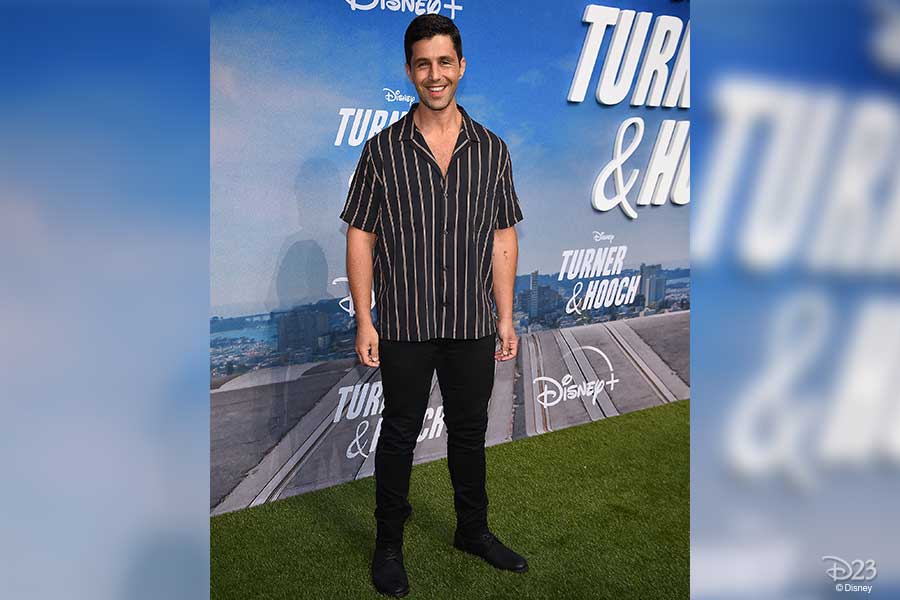 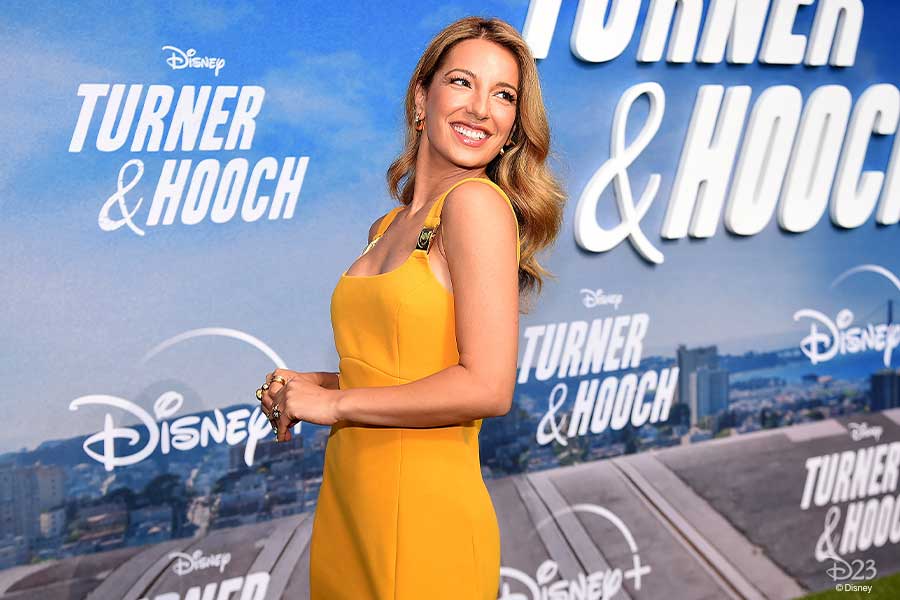 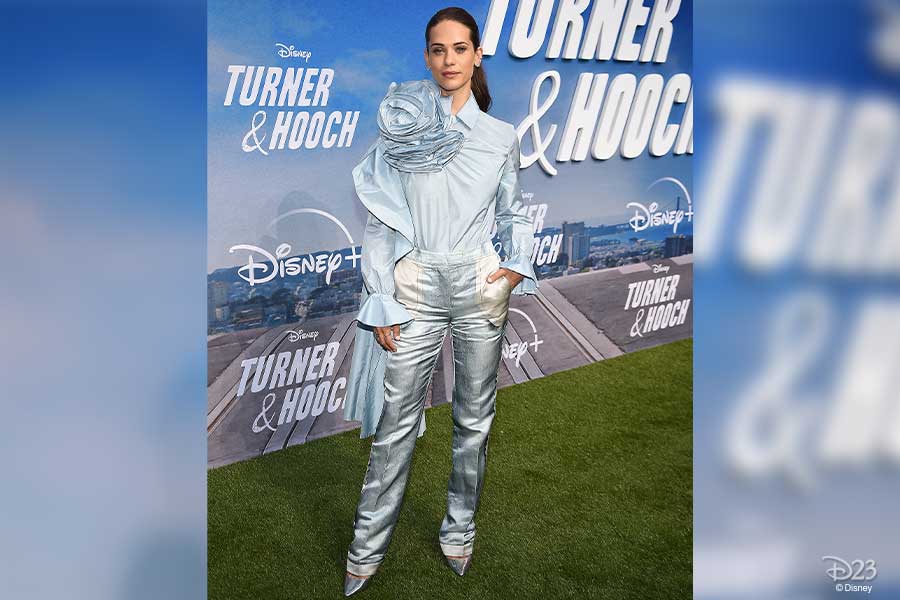 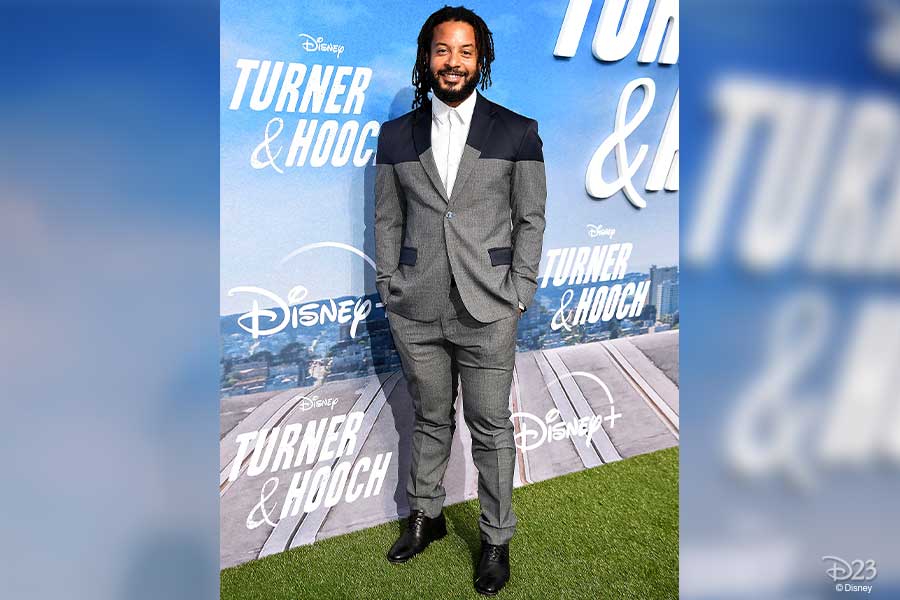 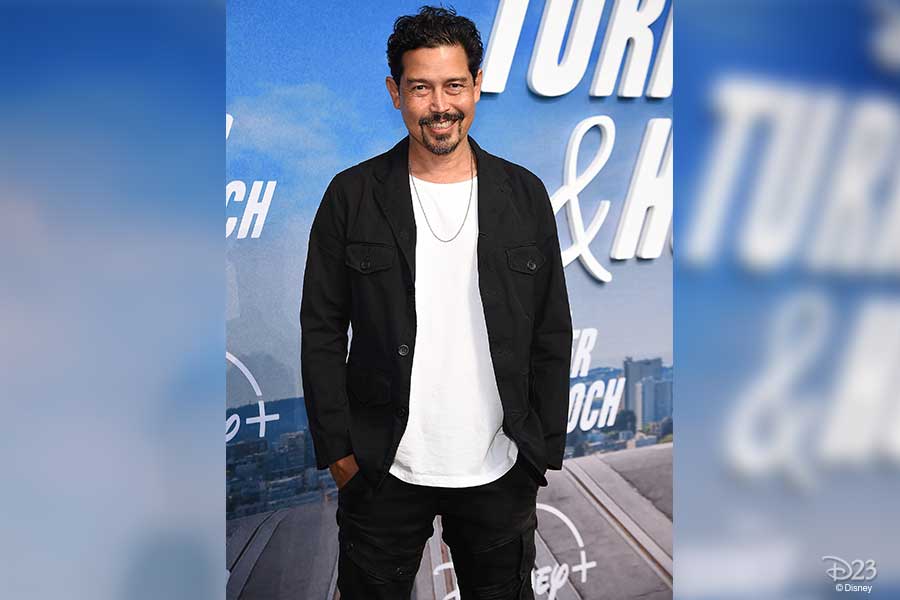 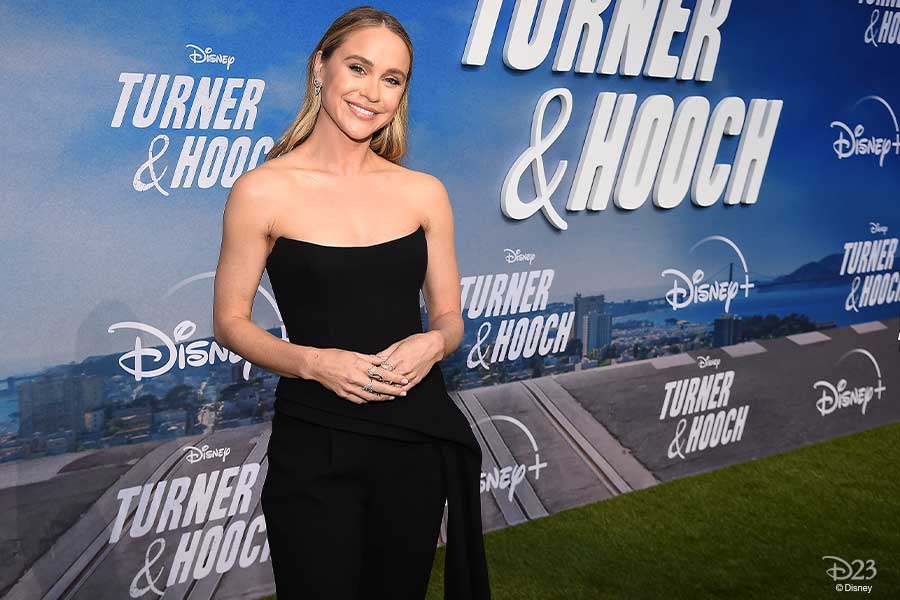 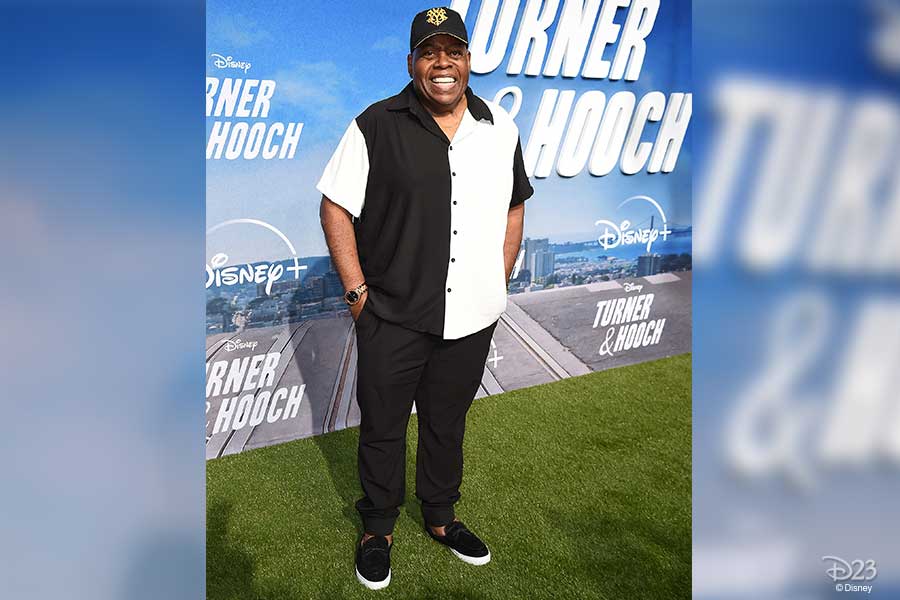 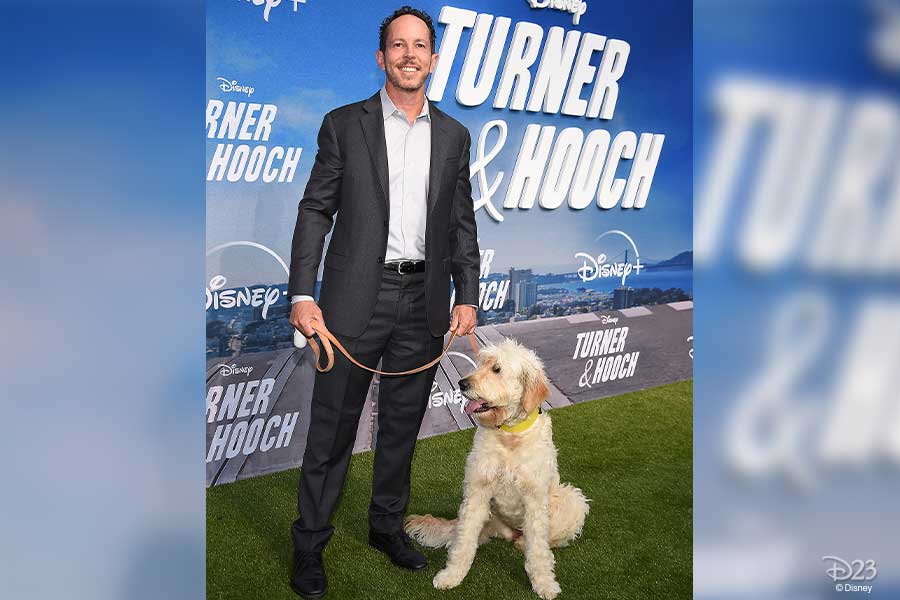 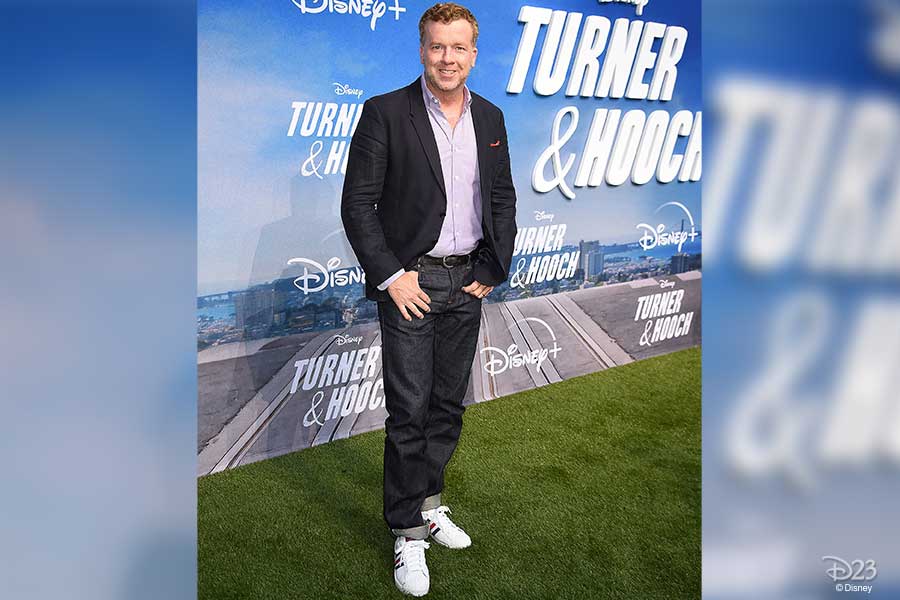 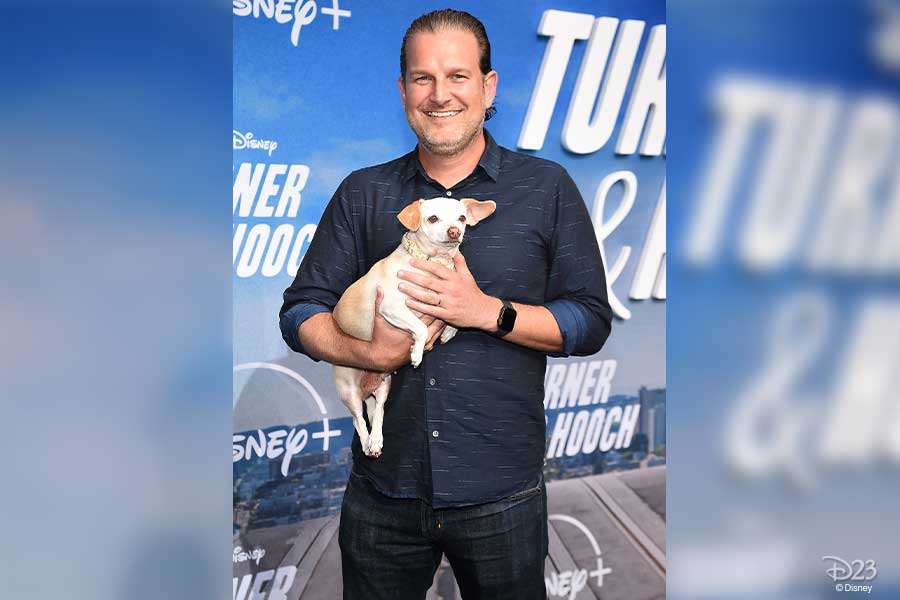 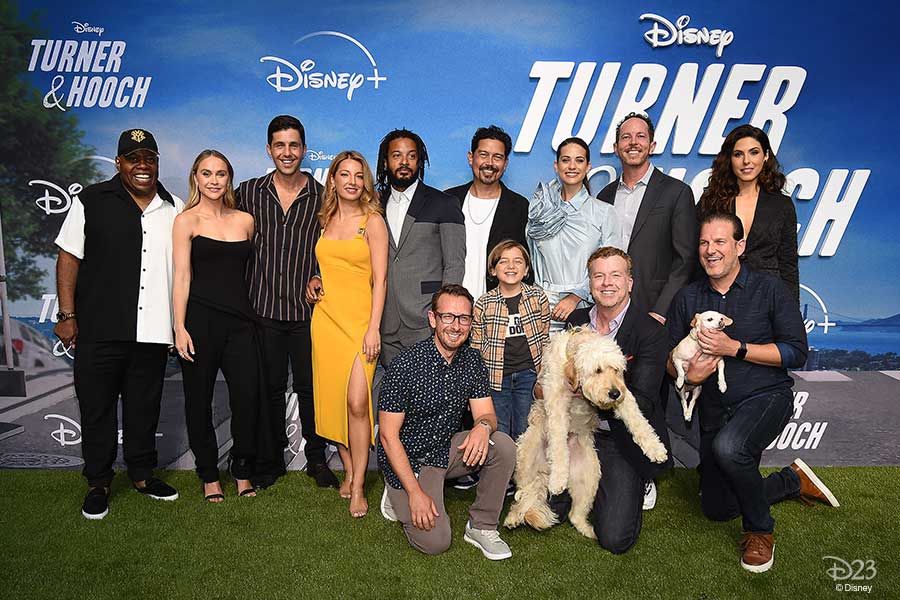 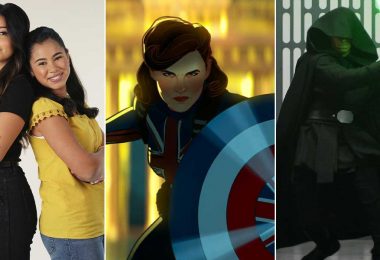 Everything New You Can Stream on Disney+ in August 2021